Home » Gaming » The Must Have Features of a True Gaming Keyboard

The Must Have Features Of A True Gaming Keyboard 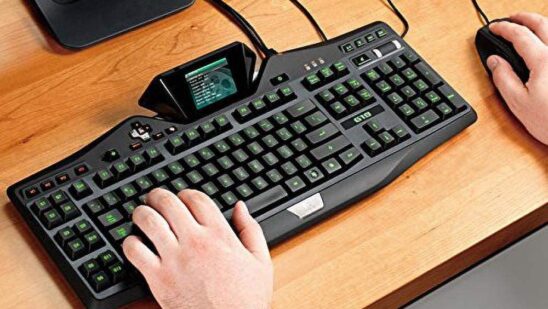 Whether you are only a beginner or a veteran online gamer, there is a keyboard for your skill level and budget. Gaming keyboards and keypads offer a wealth of features at your fingertips. If you know your stuff about gaming equipment, you’ll know that the Aula Excalibur is one of the best gaming keypads and top-rated according to Coolest-Gadgets. So if you’re looking for a gaming keypad, check it out! Aside from that, keyboards provide superior responsiveness and accuracy, compared to the standard keyboards that are often bundled up in PC purchases. Typical keyboards that come with desktop packages are designed to get the basic tasks done and nothing else. Although such keyboards have gained new features in the last few years, they really haven’t changed much. Purchasing a professional gaming keyboard for the first time is more like buying your very first HD television set. As soon as you get to experience its benefits first-hand, you’ll never look back on what you had before. Gaming keyboards take your whole gaming experience to the next level. Here are the must have features of a true gaming keyboard:

These are keys on the keyboard that can be programmed to execute a series of actions with only one key press. Without macro keys, a keyboard won’t even qualify to be called a gaming keyboard. These keys are usually found on the left part of the keyboard and come in a set of three or four keys.

Macro keys are a necessity if you are a strategy player or MMO, but they go well with just about any game genre.

These keys can be re-programmed to execute a different function. The best gaming keyboards allow almost all keys to be programmed according to the player’s choice.

There are keyboards that can accommodate up to 15 programmable keys, which is sufficient for all games.

While the macro keys increase the speed of your games, the macro recording keys enable you to assign lengthy and complex combos while in the game.

A keyboard with this feature usually has a record button that starts and stops recording macros in the gameplay, so that you don’t have to do it manually.

Ghosting is a state when more than three keys are pressed simultaneously and the keyboard doesn’t register all the keystrokes. Gaming keyboards can handle more than five keystrokes without dropping or losing one.

This feature is called anti-ghosting.

Gaming is a very popular sport. Being able to battle online, make a welcome channel in discord, and communicate with your friends at a touch of a button is necessary in the online gaming world. A simple but powerful feature of an efficient gaming keyboard is disabling the Windows key. So why does this matter? How many times have you ended up in a desktop window while in an intense battle just because you accidentally pressed the Windows key?

A good keyboard features a gaming mode that shuts off the Windows key when in a game and then reverts back to its normal function when you are done with gaming.

Backlight keys are an important feature in gaming keyboards. They don’t just add an element of style but also aid in a dark ambiance.

Many intense gaming sessions are held in a dark room or in less lighting, so the backlights definitely come in handy.

This feature extends the efficiency of your keyboard and is perfect for gamers. Media control keys allow users to have full control over music tracks and volume without game interruption.

Many modern gaming keyboards are also compatible with gaming systems like Xbox or PlayStation. Look for a keyboard that is labeled as “universal” to enjoy this feature.