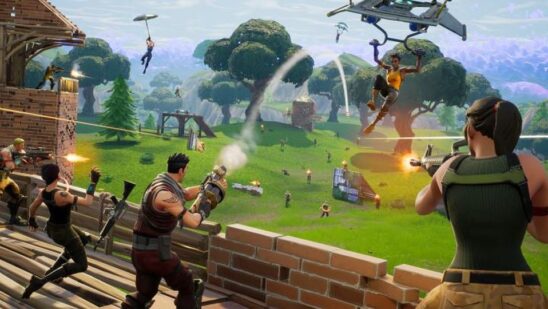 Fortnite Battle Royal’s 200 million player base continues expanding by leaps and bounds and each of its new updates gets critical acclaim. With the release of Chapter 2, Fortnite has upped the game even further with the introduction of an entirely new revamped map. Here we share 15 great Fortnite Battle Royale tips for beginners to win: 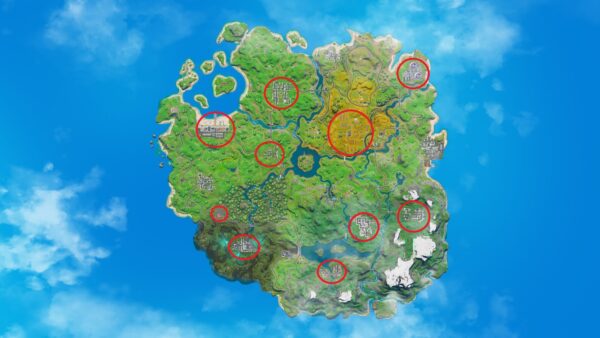 Choosing a landing spot is one of the very first things you need to master in Fortnite Battle Royal. It is very important to choose a safe landing spot for surviving up until the very end of the match. Since the release of Chapter 2, finding a good landing spot is pretty easy.

The main idea is to land at a spot that is good in resources and away from most of the opponent players. One of the best spots to land in the area behind the Salty Springs. This area is rich in tons of resources as well and will give you a good head start against the other players. You can find all our recommended spots in the image above. 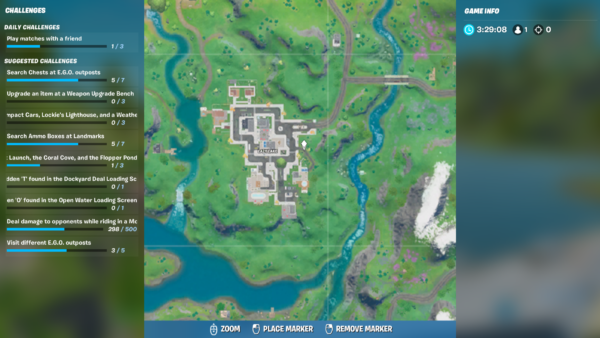 Looting has been a part of the game since the very beginning. You should try to directly land near chests, and take out some enemies in the very beginning. Always land in a safe spot on the outskirts of the map and never land on a named location to avoid too many enemies at one spot. Remember, many professional players loot from popular named locations, so named locations have a higher chance of being infested by these super-skilled pro players.

Lazy Lake is a rich place to land and loot at the start. 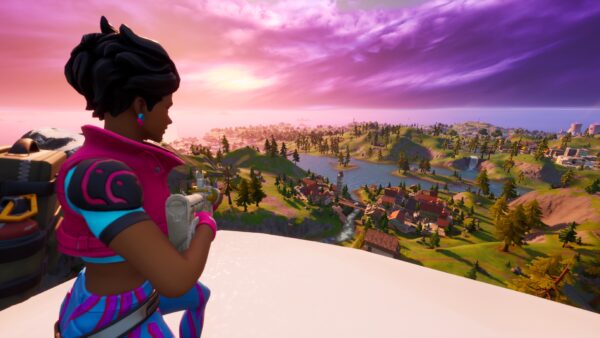 Playing passive is one of the keys to winning the match. Since the release of the new chapter, there are various new good places to land to avoid major contact like huts, farms, houses, etc. You can even land on water and camp there but we don’t recommend it due to storm rotations.

Many professional players play very passive and never show aggression toward the opponents in the early stages of the match. Aggression is not what you should be looking forward to if you are planning to survive until the very end. Passive engagement is the key to your success. Remember, low and stealthy wins a royale.

Rotation is an important key to winning. Rotation is deciding who are you picking the fight with – pros/noobs, etc. Many pro players rotate early by getting in the next zone before other players and preparing their defenses and ambushes.

Rotating later in the game can make you vulnerable to the storm as well as ambushes setup-ed by other players. Never pick a fight near the vicinity of the storm as it mostly results in instant death. 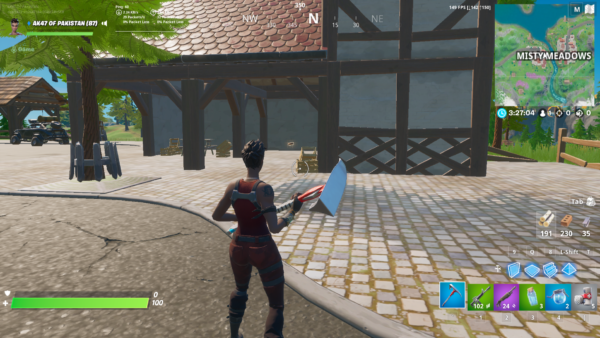 Heals have been there since the very beginning of the game, and their proper usage is the most important factor in winning Fortnite Battle Royal. It is important to carry heals at all costs as it helps you recover quickly from the damage taken from the opponents.

It is recommended to carry at least 2-6 mini potions and 2-3 potions as these can help you to recover from 3 party fights. Most pro players carry 3 slots of heals (that’s a total of 18 mini potions). 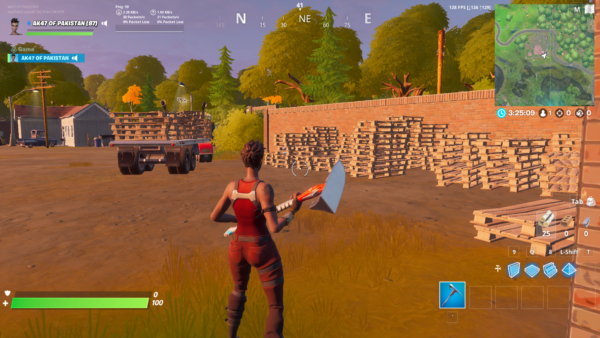 It is very important to farm material to cover yourself from enemies later in the game. It is important to make a box and box fight, as it covers all of your sides and protects you from the incoming shots.

All the pro players are using this tactic and dominating encounters. You have to farm until you are full of material. It will give you an advantage over others. One of the best spots to farm material is on the farm behind Slurpy Swamp. It will max out your materials within 2-3 minutes. 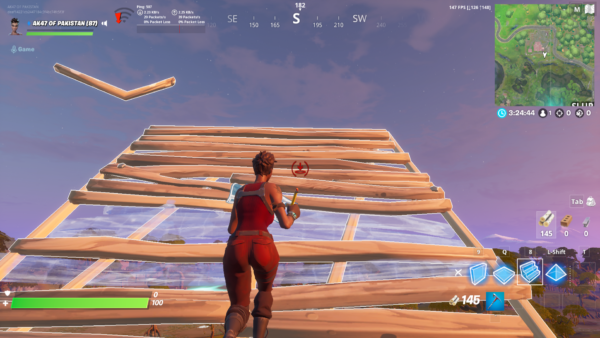 Building is the most important factor in Fortnite. It helps you in covering yourself from the opponents. It also provides you shelter to heal yourself and protects you from incoming sniper fire. But, remember not to overdo it. Keep the height of the structure in check.

If someone builds a really tall structure then you can easily destroy the base of that structure and make them fall to their death. You can then use their loot and heals to carry on further. 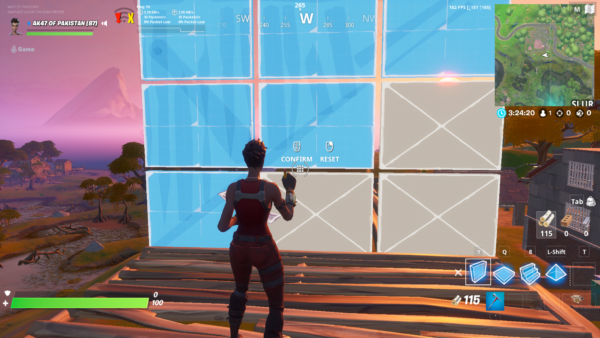 Editing is an important feature to master. It helps you in confusing your opponents and makes them vulnerable immediately as they are distorted.

Professional players like mongral use this tactic in every match. 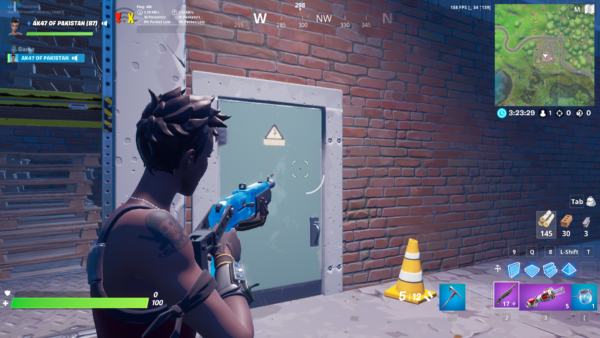 Aiming is the key to winning in any fighting game and the same is true in Fortnite as well. To have a good aim you must have lower mouse sensitivity and lower polling rate/DPI when playing Fortnite on a PC. Some gamers prefer a very high polling rate and dpi for their gaming mouse but most pro PC players use a mouse with only 400 DPI and 500Hz polling rate which you should also consider getting.

Pressuring your opponent is very important as it will make them panic. You can pressure your opponents by spaying your AR over them or by replacing their structures. As a major nerf has been added to turbo building, it is now possible to easily replace walls even on high ping.

When you replace your opponent’s structure, they will panic and spray at you. Try to place a wall to block those incoming shots and edit it to shoot through it with a shotgun.

Panic is the worst thing you can do to yourself in a fight as it will make you miss your very first shots (the most important ones) which will make you lose your encounter.

Professional players avoid this by keeping a calm mindset and also by using a hand warmer. It’s commonly believed in the gaming community that playing with cold hands lessons your precision while aiming due to reduced blood flow.

4. Warming Up in Fortnite Creative 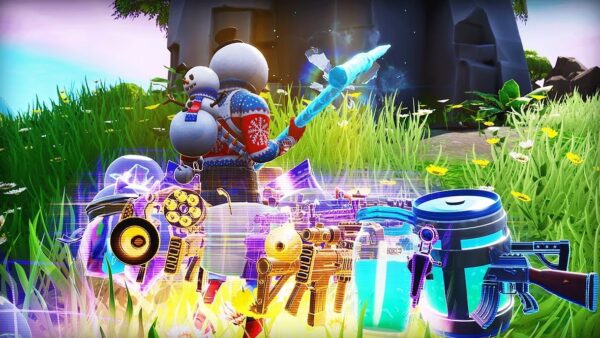 It is very important to warm up in Fortnite Creative. If you are not good at creative mode then you are not generally good at Fortnite.

Many pro players master their building and editing tactics in the creative mode before jumping into the Battle Royale. 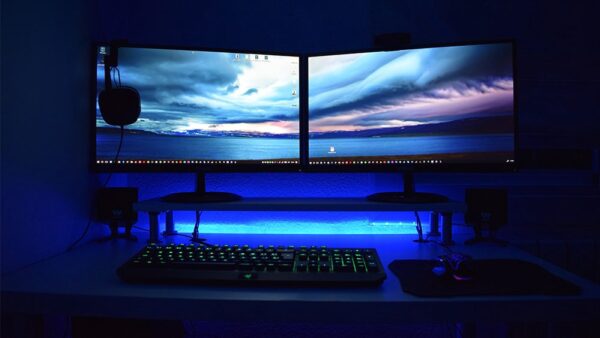 Although you don’t really need a very expensive PC to play Fortnite, certain equipment can actually give you an advantage. Razer gaming keyboards, 240Hz monitors, and specific DPI/polling rate gaming mouse can actually make a difference for PC players. 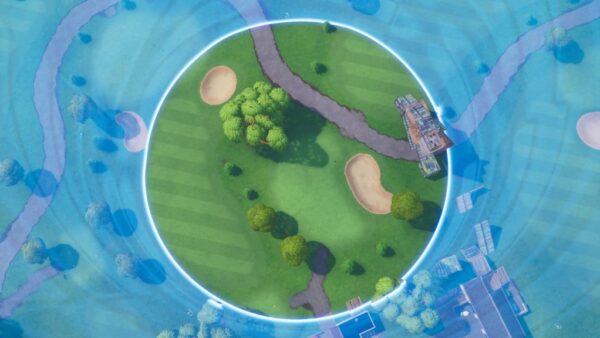 The end game is the most intense part of the game as players from all around the map will gather up in a much smaller space starting a major fight.

You have to stay above all and focus on 3rd partying someone making them easy prey. You must stay disengaged at all costs until the very end of the skirmish between two fighting players. You can then engage the surviving weakened player and take him out relatively easier. 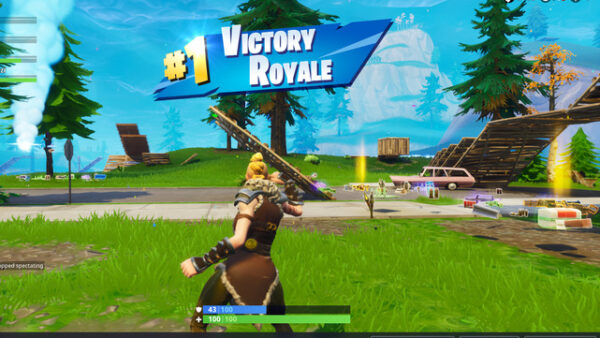 When it gets to the last stand, that is, 1 on 1 situation, most players panic at this stage and as a result die at the very end. Remember not to panic and instead to hold your nerves.

Do you have anything to add to our 15 great Fortnite Battle Royale tips for beginners to win listed above? Let us know in the comments below!