Home » Interesting » The Most Complained About British Adverts of All Time

The Most Complained About British Adverts Of All Time 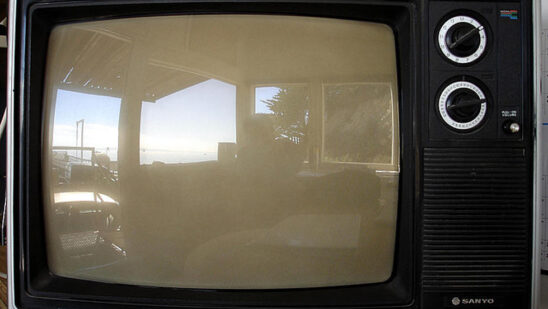 In May 2012, the UK Advertising Standards Authority (ASA) released data that showed what the most complained about TV adverts ever in the UK were. So, should be a saucy little list then eh? Well no actually. In true, understated British style more people complained about something utterly, utterly irrelevant than adverts that touched upon some of the biggest issues of our society. So, what does it all say about Brits? Well firstly, the figures show that not that many of us actually appear to care enough to complain about the adverts we see on TV these days. The ASA figures, however, might be a lot lower than the actual number of complaints that were made. This is because the ASA figures do not feature any complaints made directly to the companies responsible for the adverts. A similar example of how this kind of thing can skewer the figures is that Jeremy Clarkson’s infamous “public sector workers should be shot” comments resulted in 763 complaints to the regulator while a much more substantial 31,000 went direct to the BBC itself.

Another preliminary point to make is that the number of people complaining about TV seems to be growing: of the 431,000 complaints the ASA has received since the 1960s, 31,000 were received in 2011 alone. So let’s have a look at the list of the most complained about British adverts of all time:

This hard-hitting campaign aimed to raise awareness about domestic abuse and featured portrayals of violence and abuse that many deemed too gritty for pre-watershed.

The ASA agreed with some of the complaints aimed at this climate change campaign advert that had accused them of exaggerating the probability and apocalypse-like results of future extreme weather conditions.

This infamous naked shot of Sophie Dahl was deemed to be suggestive in a sexual way and therefore likely to cause a large amount of offense amongst the British populace.

This advert featured an engineer fighting multiple clones of himself (no idea) and was judged to be too violent before the watershed.

This advert, which offered a range of sexual and pregnancy-related healthcare services to women, was accused of promoting abortion, although the ASA did not agree.

Featuring the then Pope wearing a hard hat and announcing that “thou shall always wear a c*****” was always going to make this a controversial ad. The ASA upheld the complaint that it was offensive to Roman Catholics.

Adverts that featured the slogan “there definitely is a god, so join the Christian Party and enjoy your life” were rightly judged to be potentially inaccurate and offensive to atheists.

A lot of people who saw this advert, featuring a blind footballer accidentally booting a cat across a pitch, were degrading to blind people and might encourage acts of animal cruelty. The ASA did not agree.

It was not the content of these adverts that were the problem, simply the fact that the claims made in them turned out to be far, far removed from the truth.

The most complained about TV advert ever on UK television featured a number of office workers singing about their love of KFC with their mouths full…that’s it.  People thought it might encourage bad manners among children.

So there you have it Britain, it seems that people talking with their mouths full get sections of you more riled up than the debate surrounding abortion or the possible existence of God. It makes you wonder how TV advertisers will ever be able to shock us into attention ever again. What do you guys think of this list of the most complained about British adverts then?