The Most Amazing Videogame Uses 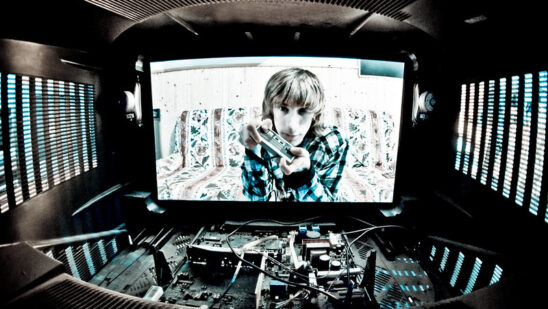 To many of us, video games seem to be just a waste of time. A really fun waste of time, a really pretty waste of time, a waste of time that allows you to imaginatively eviscerate zombies while pretending they’re your boss, but still fundamentally, a waste of time. In actual fact, a person playing a videogame is less productive than someone watching TV or a movie, or even reading a book, but that doesn’t matter, because as a society we’ve all decided: videogames equal wastage of time. So it’s a bit of a surprise to find out the most amazing videogame uses.

In fact, video games are very good at getting people to push buttons in a correct sequence and at the correct times, which is what 90% of our interaction with machinery involves these days anyway. Videogames engage our problem-solving and lateral thinking skills, but there’s even more to it than that.

For instance, some major videogame uses include:

One of the challenges scientists faces in trying to create accurate 3D models of proteins. These models help in the battle to find a cure for all sorts of diseases and including AIDS. Scientists at the University of Washington developed a game that put gamers into competing groups, competing to take models of amino acids, the building blocks of proteins, and unfolding them using a set of online tools. In just three weeks the gamers had completed a 3D model of an enzyme.

It is, on the whole, a considerably better gloat than that time you teabagged a 13-year-old n00B in Halo: Reach after he called you gay.

A Videogame Can Help Children with Anger Management Issues

Anger management issues can be a real problem if you’re a child. It can disrupt your time in class, interfere with your education, and make it difficult to make friends. If you’ve ever spent a night up playing Halo: Reach you may not think video games are the best way to deal with these issues- especially if you keep teabagging 13-year-olds because they called you gay. However, a US hospital has developed a videogame specifically to help children with anger management issues.

The game is called Rage Control and revolves around shooting alien spaceships. So far, so likely to result in you screaming swearwords at the telly after you’ve thrown your controller through it.

The twist is that the game uses a heart monitor device hooked up to the player’s finger to check that you’re staying cool while you play. Your heart rate gets too high, you lose the ability to shoot and the aliens win. To win the game you have to be able to stay calm.

Researchers have said that the game has led to “significant decreases” in anger in the children they studied.

“The connections between the brain’s executive control centers and emotional centers are weak in people with severe anger problems,” said the study’s senior investigator, Dr. Joseph Gonzalez-Heydrich. “However, to succeed at Rage Control, players have to learn to use these centers at the same time to score points.”

Some studies have shown that video games can be helpful in relieving severe pain in some people. There’s even some evidence to suggest that sometimes video games will work better than pain medication.

The science behind it isn’t all that complicated – it’s a simple case of distracting the player.

“It can serve to distract you and give you a sense of control and some positive reinforcement.”

But it gets better! Scientists believe that using virtual reality technology you can make the games even more immersive. One experiment had a boy playing a virtual reality game while his hand was in extremely cold water. While he was playing the game he felt no pain in his hand.

Google image search has lots of pictures, mostly of cats or boobs but some of them are of leading politicians with Hitler mustaches photoshopped in. However, one problem Google faces is how to determine which pictures are cats, which are women, and which are well-known politicians done up to look like Hitler.

One solution Google picked to solve this problem was the Google Image Labeler. Players were randomly paired up and were given no way to communicate except by trying to type in the same word as their opposite number who was looking at the same picture. Users would get more points the more specific their answer was. So two people who both guessed “Man” would get 40 points, but would get much more points for “Barack Obama with a Hitler mustache”.

That information went into Google’s databases, making this Google image search possible. we admit that’s slightly less impressive than helping to fight AIDs, but still, it’s a kind of contribution.

So next time someone has a go at you for your nerdy, antisocial hobbies, you tell them you’re making a valuable contribution to society right before going back to teabag that n00b.