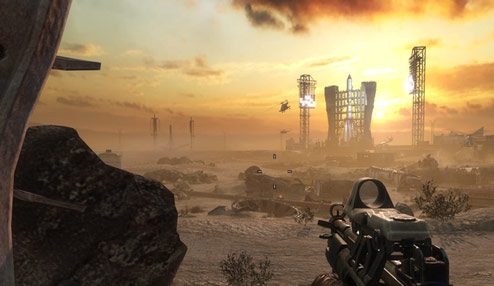 Parents often bemoan their struggles of getting their children to spend less time gaming, and more time socializing and using their time productively. While spending too much time playing games is a problem, there may be a hidden benefit – recent research suggests that video games may actually improve sight. First-person shooter games such as Call of Duty, Battlefield 3, and Medal of Honor are immensely popular. It’s thought that the fast pace of these games helps to train the brain to track multiple objects at once. Let’s dive deep into the hidden benefit of gaming: better vision:

Potentially, this could mean that gamers are able to react quickly to fast-moving situations. The effect of other types of video games, such as The Sims, has also been studied. However, these do not appear to provide the same advantages to sight. However, the benefits of video games may go beyond helping people track more objects and react quicker. Another study at McMaster University found hope for those who have had cataracts all their lives. The study involved 6 adults between 19 and 31 playing a 1st person shooter game, for 40 hours over the course of a month.

Though a small sample, the result was that the participants’ vision improved so that they could read an additional one to two lines on an optician’s chart. They also saw an improvement in their ability to distinguish between faces and could track the direction of moving dots.

It’s estimated that for every 10,000 births, between 1 and 6 are identified as having cataracts. While treatment is available, there is always a possibility of visual impairment, and gaming could potentially help reduce this. Light can still enter the eyes of a person with a cataract, but it clouds their vision and prevents them from seeing details.

Despite the test, there was a concern that the people participating may become addicted. To prevent this, they were told to play no more than 2 hours a day, 5 days a week.

Video games have also been used to correct a condition known as lazy eye, by making the eye work harder. A lazy eye is where one eye sees less clearly than the other, and as a result, a person relies more on their good eye. In extreme cases. The lazy eye may eventually lose all vision if untreated.

It is often suggested that spending time in front of a computer screen or TV can be harmful to vision, but this research appears to contradict that view.

Video games are often given a hard time, but they certainly appear to offer significant benefits as well as enjoyment. Researchers are working towards developing non-violent games specific to improving vision so that gamers can enjoy their games even without any contact lenses. Until then, people will need to accept the hard work that goes into playing lots of action-packed games!