Home » Interesting » Teeth You Don’t Want to Be Bitten By

Teeth You Don’t Want To Be Bitten By 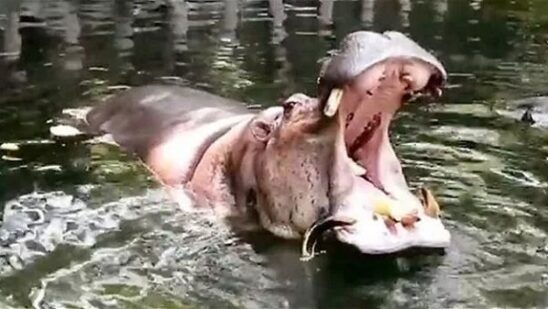 Predators. As a child, stories you heard about them caused you to be afraid of the dark and imagine monsters under the bed. Across all cultures, humans are fascinated with the kings and queens of the natural world. We celebrate the lion as the king of the jungle or the bear as the symbol of Russian military power during the Cold War. Even America’s own bald eagle is a fearsome predator with a nasty bite. Think about that for a second: a nasty bite. That’s what scares us. In terms of the natural world, human beings are prey. We have no natural defense against these monsters at all, save our wits. That being said, here are teeth you don’t want to be bitten by: 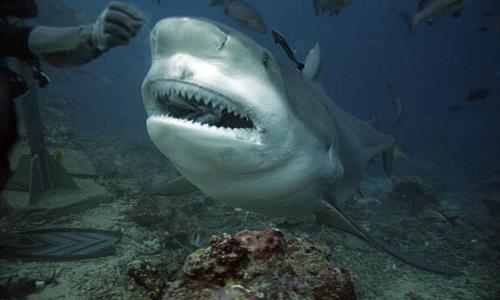 More aggressive than Great Whites and with just as nasty a bite, Bull Sharks inhabit coastal waters and occasionally enter rivers. White Sharks bite to investigate, but when Bull Sharks bite, they mean it. They bite to kill, and they eat almost anything.

They may not be the worst offenders for attacks on humans, but it’s their shallow habitat and aggression that makes them so fearsome, with 42% of all unprovoked attacks being fatal. 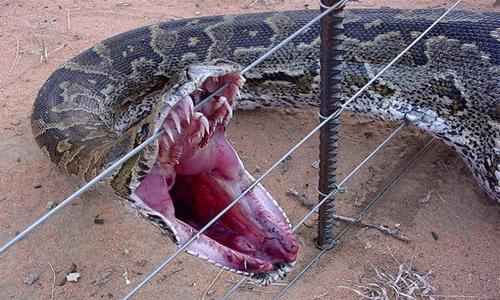 All constrictor snakes bite before wrapping their prey in their coils. Rock Pythons have developed a reputation for being quick to bite even without constricting, and there have been many instances of attacks both in captivity and in the wild.

Rock Pythons also have a history of human consumption in the wild – yes, they will hunt people! At least four instances have been documented since the 1980s. 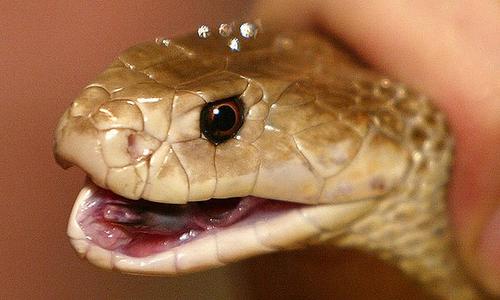 Although reclusive, Taipans are quite vicious when they hunt. They are known to bite their prey up to seven times even though just one bite would be lethal. Since they live in such remote areas of Australia, the only people ever bitten have been herpetologists with anti-venom on hand.

Otherwise, the poison in the Taipan’s venom, higher in concentration than even the Black Mamba, would have a 100% kill rate. 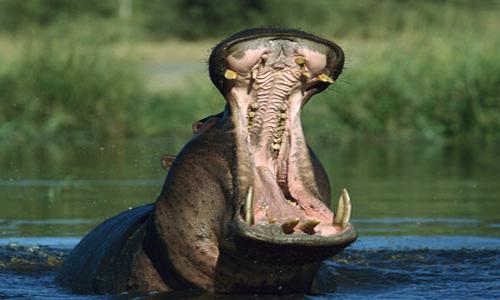 Nobody messes with a Hippo. Lions, tigers, and even crocodiles give these big guys a wide berth, and for good reason. With an amazing 1,821 psi bite, their massive mouths, which can open nearly 180 degrees, can crush anything within their grasp.

The hippopotamus is also highly aggressive and territorial, so much so that they have been known to attack riverboats.