Home » Movies » 15 Rip Off Movies You Never Knew About

15 Rip Off Movies You Never Knew About 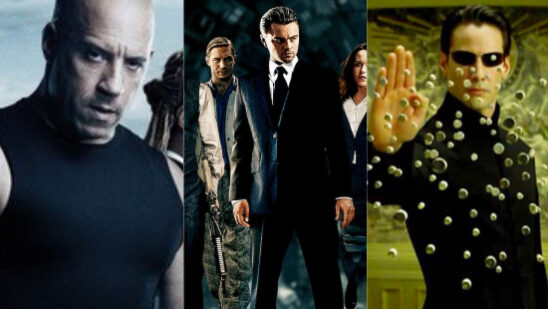 Originality happens to be one of the rarest entities in Hollywood as bundles of ideas have apparently been unethically borrowed from variable sources. Whether it is an anime or another movie, prepare to be shocked as you find out that even the most successful movies ever made are actually blatant examples of plagiarism. Let’s have a look at 15 rip off movies you never knew about: 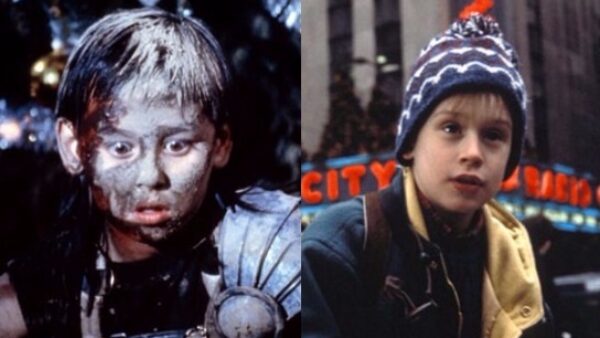 Child actor Macaulay Culkin became a household name when he starred as Kevin McCallister in the 1990 Christmas comedy movie Home Alone. Defending his house from two notorious burglars by using home appliances as booby traps seems an imaginative idea but it was already used a year earlier.

French horror-thriller film 3615 code Père Noël (internationally known as Game Over) showcases a child that defends his house and diabetic grandfather in a similar manner from an unhinged man sporting a Santa Clause costume. Director Rene Manzor threatened legal action against Home Alone and claimed that his movie was “remade”. 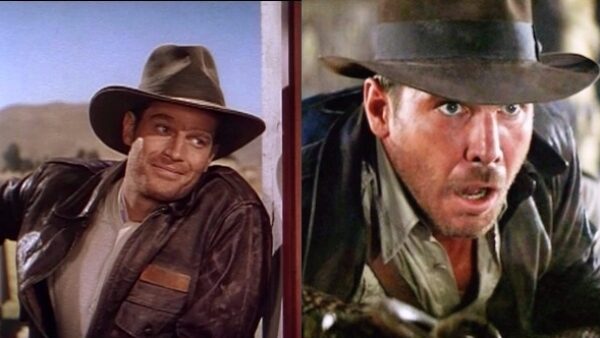 Paramount Pictures struck gold in 1981 with the release of Indiana Jones: Raiders of the Lost Ark. Nominated for nine Academy Awards and winning five, the movie is one of the finest action-adventure flicks of all time but bears a striking resemblance to one of the previously released movies of Paramount Pictures, Secret of the Incas.

Starring Charlton Heston as Harry Steele, the character is a strong influence on Indiana Jones as far as clothing and habits are concerned. In fact, costume designer Deborah Nadoolman revealed that the crew watched Secret of the Incas together multiple times and felt that Jones is a “kinder and gentler” Steele. 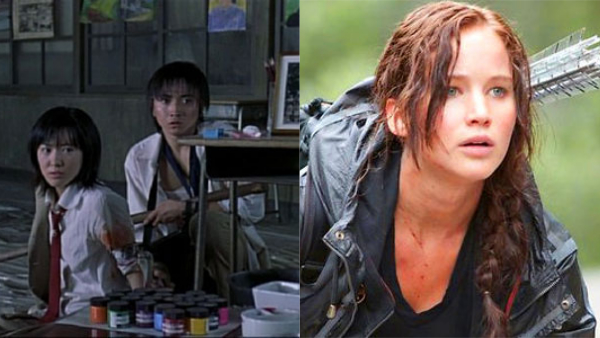 Corrections are in order as The Hunger Games does not only bear resemblance to Battle Royale but also The 10th Victim. Truth be told, the movie has been immensely criticized for borrowing a handful of elements from endless sources such as Shirley Jackson’s short story The Lottery and William Golding’s Lord of the Flies.

Dozens of movies that are allegedly a source of inspiration include Blade Runner, Death Race 2000, The Truman Show, and Metropolis. The Guardian once accurately described The Hunger Games as 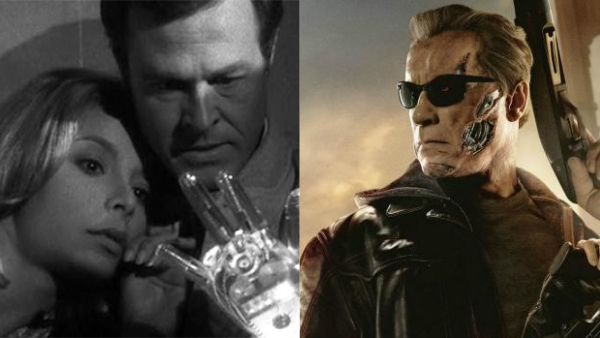 It was a movie that catapulted James Cameron from obscurity to one of the most bankable directors in Hollywood. Though he initially claimed that the concept of The Terminator came in his dream but that turned out to be a lie as it was actually based on The Outer Limits episode Soldier.

Writer Harlan Ellison threatened to sue the studios for infringement and was given an undisclosed amount of money and a proper acknowledgment at the end of the film credits. 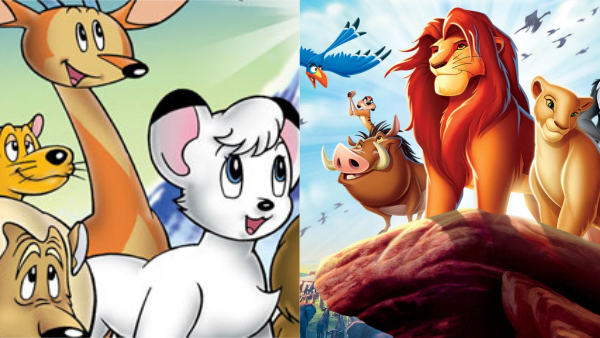 Undoubtedly one of the best-animated movies produced by Walt Disney, The Lion King certainly made an impact but came with a heap of controversy. The uncanny resemblance to the Japanese anime show Kimba the White Lion was clearly visible and even Simba’s voice actor Matthew Broderick was under the impression that he was actually working on an American version of the show.

Co-directors of The Lion King Roger Allers and Rob Minkoff commented on the allegations of infringement and claimed that they were entirely unaware of Kimba the White Lion. 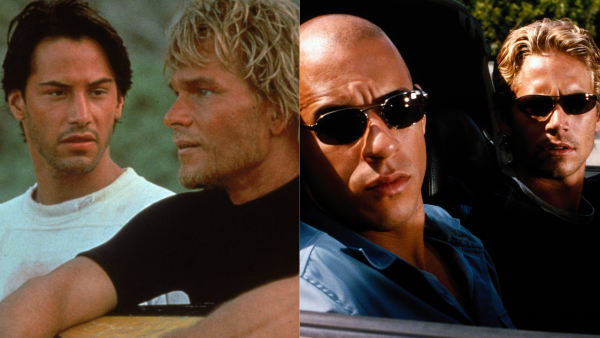 Hailed as one of the most commercially successful franchises in modern Hollywood, the fate of The Fast and the Furious could have been entirely different if the action crime film Point Break was not released ten years earlier.

Point Break tells the story of an undercover cop who forms an unlikely friendship with a criminal over their love for surfing. Replace surfing with car racing and you instantly get The Fast and the Furious. 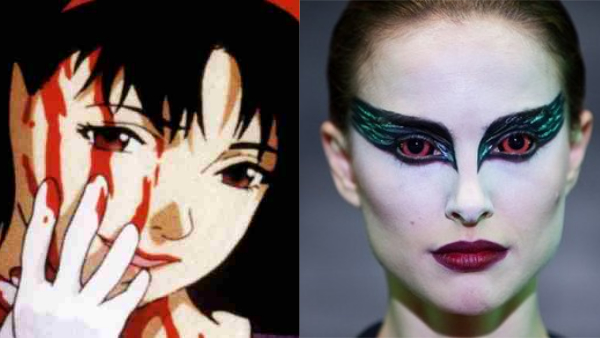 The entire plot of Black Swan was a cinematic art but oddly enough, some of its pivotal elements were straight-out copied from the Japanese psychological thriller animated movie Perfect Blue including confusing reality with fiction, the mirror scene, and fighting own doppelganger.

Director Darren Aronofsky addressed the issue but denied that Black Swan had been used as motivation as he commented:

“There are similarities between the films, but it wasn’t influenced by it.” 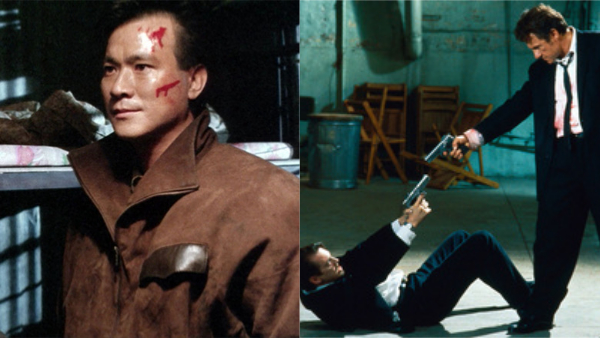 Possibly the greatest film director of the modern era, it is no secret that Quentin Tarantino has built a career from ripping off “every single movie ever made” and “mixing them together”. As much as he openly admits it, the entire list can be filled with his movies alone but for the sake of the article, let’s just stick with his debut movie Reservoir Dogs.

7. The Thief and the Cobbler <-> Aladdin 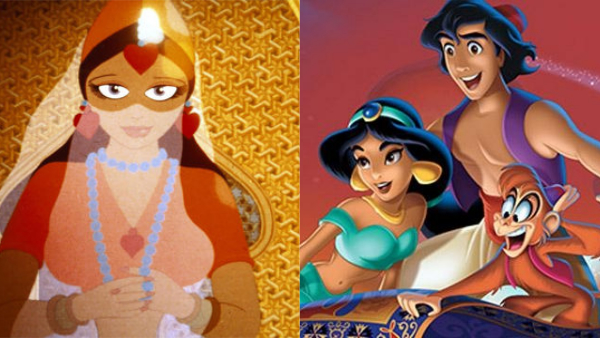 Due to the independent funding and complex animation of The Thief and the Cobbler, animators gradually began to leave the project. After 30 years of unsteady production, the movie was finally released in 1995 only to be overshadowed by the similar Aladdin that had been released three years prior. 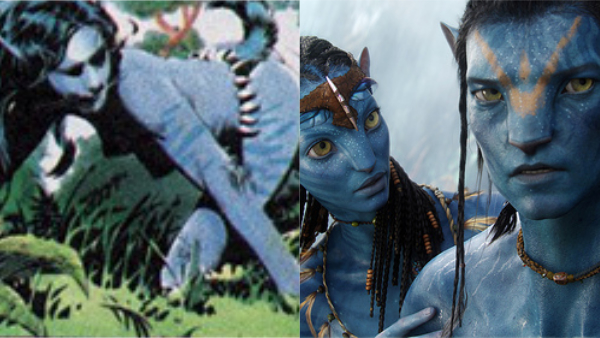 Take a trip down memory lane and remember Kevin Costner’s epic western movie Dances with Wolves in which a white American soldier bonds with a Native American tribe and fights against his former allies.

If you are familiar with the lesser-known Marvel comic Timespirits, you might recall blue cat-like creatures that resemble the Na’vi tribe from Avatar. The movie has several inspirations including the science-fiction novel Call Me Joe by Poul Anderson in which a paraplegic man enters an alien body to visit a foreign world. 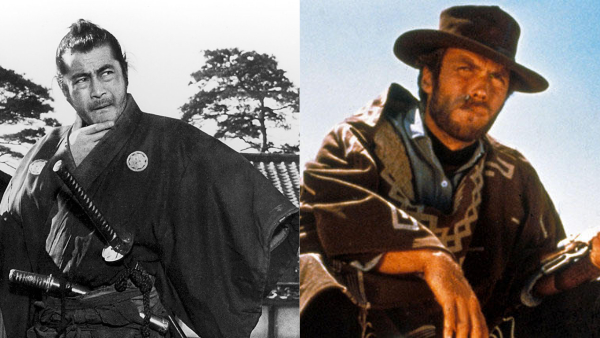 Clint Eastwood was just another actor trying to make a buck or two until he starred as The Man with No Name in Sergio Leone’s A Fistful of Dollars. Fame came at a price as the movie was an unofficial remake of the Japanese samurai movie Yojimbo.

Almost shot frame-to-frame, director Akira Kurosawa exclaimed that Leone had made “a fine movie, but it was MY movie.” A legal dispute followed right after the movie’s release and Kurosawa was awarded 15% of A Fistful of Dollars’ worldwide earnings. 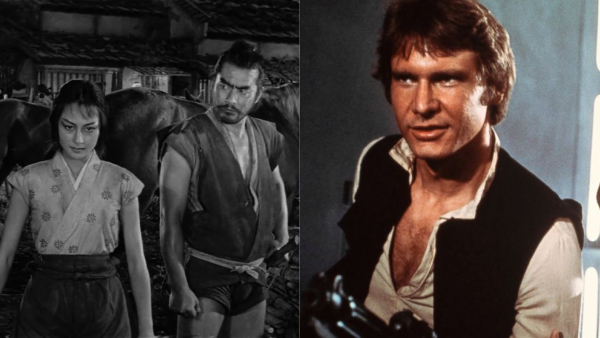 Director Akira Kurosawa enters the list yet again as his 1958 adventure film The Hidden Fortress has been responsible for being a heavy influence in George Lucas’ critically acclaimed Star Wars, especially the art of storytelling from the eyes of insignificant characters.

Additionally, Lucas admitted that the original plot of Star Wars was supposed to be based on The Hidden Fortress but was scrapped and later utilized for The Phantom Menace. 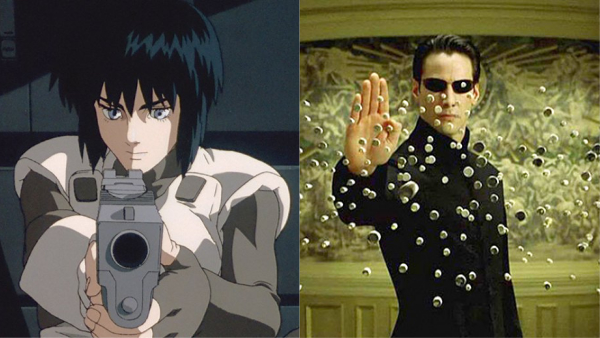 Normally, directors tend to sweep their plagiarism efforts under the rug but not the Wachowski brothers. The duo went to producer Joel Silver to show the anime Ghost in the Shell and said:

“We wanna do that for real.”

Other Japanese animations that bear a slight resemblance to The Matrix include Ninja Scroll and Akira. Certainly ahead of its time, The Matrix made everyone question their reality but to give where credit is due, Hollywood would be on its last legs without anime. 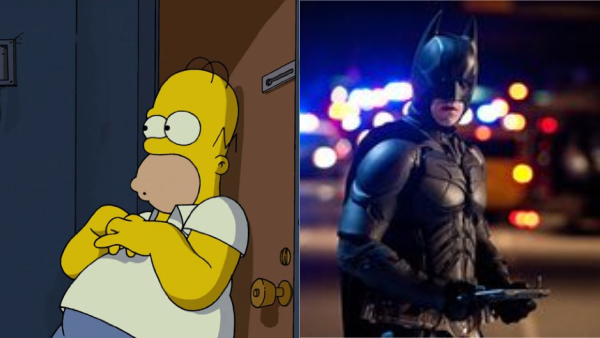 The three-time Academy Award-nominated director Christopher Nolan is a powerhouse filmmaker and makes his competition tremble with his unique ideas … that he apparently borrowed from other sources.

Even Nolan is guilty of renting ideas and if you look closely, The Dark Knight Rises is no exception but out of all the sources to choose from, The Simpsons Movie is an unlikely but effective option.

Both involve the city being ostracized by the government, plunge into chaos, and separated from the rest of the world while the protagonist is in a distant land hoping for motivation. In conclusion, he saves the city from a time bomb. 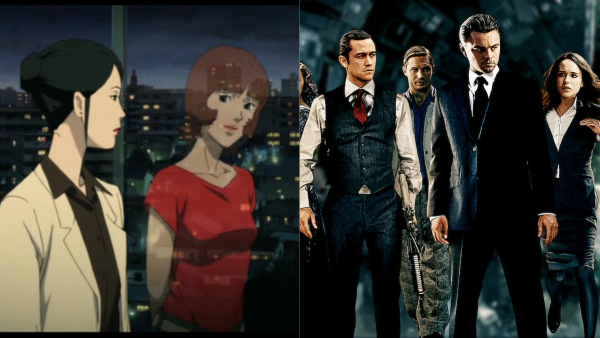 The case of The Dark Knight Rises is inspired by The Simpsons Movie might be a pure coincidence but the same cannot be said about Inception plagiarizing the Japanese science-fiction anime movie Paprika.

Despite the plot being remarkably different, Inception features several scenes that are eerily similar such as the shattering mirror in the dream, a device that allows the users to share dreams, and even the mid-air fight that takes place in a hallway. As a gesture of goodwill, Nolan had the courage to admit in an interview that Inception draws inspiration from Paprika and Blade Runner as well.