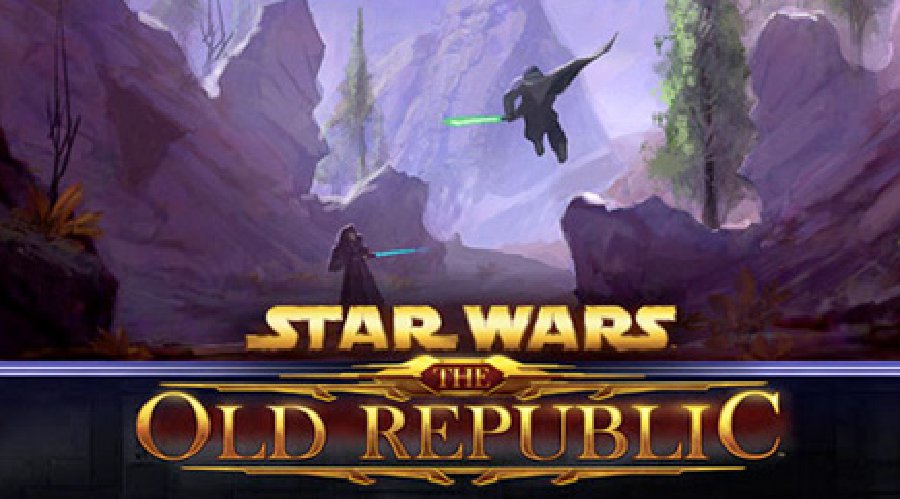 Bioware is no stranger to creating role-playing games that take place in the Star Wars universe, demonstrated by the hit game Star Wars: Knights of the Old Republic and its sequel. The success of this game developer’s Star Wars games has inspired Bioware to create a much more ambitious project in the form of a massively multiplayer RPG that attempts to get its own piece of the pie that World of Warcraft currently hogs. Does it live up to its goals, though?

The game does a great job of making you feel like a true character in the Star Wars universe, and the game’s weapons, items, characters, and levels truly suck you in. At the beginning of the game, you are presented with the initial conflict in which the Empire ambushes and captures a planet that belongs to the Republic, and allows you to choose which faction you will side with.

In addition, the cinematic cut scenes explain how the Sith will take control of everything through total power, anger, and domination, while the Republic will defend their lands through cunning, careful planning, and patience. The character creation system is just as limited as it was in the original World of Warcraft game before all of the expansions.

You only have a few races and body types to choose from, and I found it interesting that only males can be fat. One aspect that it tried to take from World of Warcraft but failed to do so successfully was the introductory tutorials and tips.

WoW did a great job of providing extremely simple quests to get you acclimated to the gameplay without providing any hardcoded tutorials, and The Old Republic also does away with the traditional tutorial menus that teach you how to play?

This fails in the Star Wars game though, because as soon as you begin the game, there are already many different quest paths you can take, and there are a ton of different NPCs that range from vendors and citizens to hostile enemies. If this is your first MMO, you may be extremely turned off by this onslaught of options.

Fans of Bioware’s games may remember that most of them had stories that were based on the player’s choices and changed accordingly. This same type of player-led story is back in The Old Republic, allowing you to reply to everything with either a nice comment, a neutral comment, or very mean comment, and everything in between.

Every single piece of dialogue in the game features a full voice-over, including your character, which creates an immersive experience, especially if you shut the subtitles off. Character growth is fairly standard, with your basic leveling system in place as well as options for both PvP (Player versus Player) and PvE (Player versus Environment) game types.

You will be able to keep a companion, much like pets in other role-playing games. These companions will be able to help you through the services they provide, such as mining materials for you, building certain things, and crafting weapons in your place. The more you build your relationship with them, the better quality of their services to you will be.

The graphics in The Old Republic are amazing and very colorful. The landscapes are rich in detail, and the characters don’t look as polygonal as you would expect in an MMO. Even though the graphics are superb, they do not really push your computer’s hardware to its limits, which many gamers with older gaming rigs will be thankful for.

The Star Wars visual elements are spot on, and taking a quick glance at any part of the game will conjure up other Star Wars memories.

Overall, the game is a great experience for fans of Bioware’s previous Star Wars iterations, or for gamers who enjoy the Star Wars lore and want to take a break (or maybe even quit forever) from World of Warcraft. The mechanics and leveling systems will be similar, and the graphics look gorgeous.

If this is your first MMO, however, or if you don’t feel like paying the monthly fees to play a game, you may want to check out other games.

The game is perfect for Star Wars fans that want to dive into the world of George Lucas in a way that has never been successfully pulled off before.