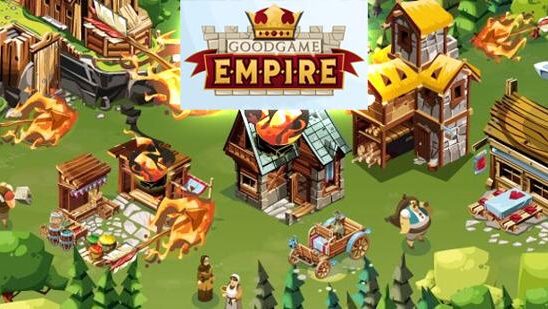 The European Games Award recently honored Goodgame Studios as the “Best European Studio” and its “Best European Browser Game” and we recently came across this highly successful free-to-play online browser game: Goodgame Empire. With TV commercials, churning and more than 58 million registered players: The statistics of the free-to-play strategy browser game Goodgame Empire is really impressive in their own right!

Today are going to take a close look at the game and try to figure out where the fascination for that game comes from. What makes the Goodgame Empire so special? An interesting question, that we want to find out.

What first strikes the eye after we have logged in to Goodgame Empire is the colorful cartoonish graphics. Not too playful, while not being overly realistic at the same time. Our castle tower perched majestically from the beginning within the castle walls, and it was up to us to build a few basic buildings to ensure the supply of raw materials.

We also created some military installations at the beginning. Since wood and stone are used in any further construction and the expansion of the castle, we need to provide equal time to a woodcutter’s hut and a quarry.

All the buildings we create help us progress in the game further and further because that increases the overall productivity of the resources. Also, a farm should not be missed, because peasants, workers, and soldiers are of course hungry.

Entry into Goodgame Empire is quite easy since various in-game characters guide you through all the tasks required to go through the first levels.

It is always a bigger backstory behind a series of quests. So, it is sometimes a matter of saving a kidnapped maiden or even the princess. The path to the goal is sometimes long because before we can start the rescue mission, we need different buildings in different stages of development plus we first need to recruit and train combat units.

Activity Pays Off in Goodgame Empire 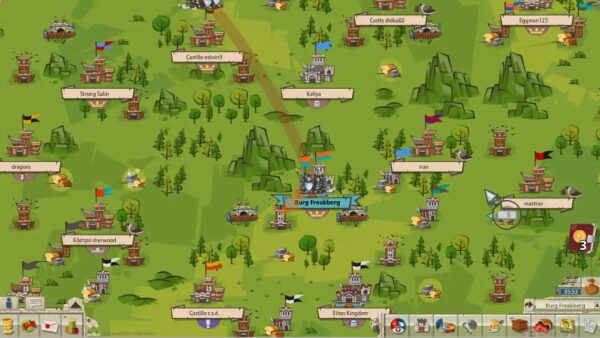 There are two currencies in the game (if we are not to include raw materials): coins and rubies. We need coins, especially in the recruitment of new military units, but also for attacks and espionage, as well as for the transport of resources. Through our tax collectors, we can increase our coin store. The more people live in our castle, the more taxes we can raise.

Also performing duties or level ascents occasionally present our coins. We can use Rubies for example, if we haven’t got enough resources to expand the castle wall or to abbreviate waiting times. Also, some special buildings and decorations are only available to rubies.

The red stones we get to happiness from time to time as a reward for completing quests or if we level up. Activity is rewarded in various ways, as you will notice in the game.

Everything on Attack: Espionage and the Battle for Supremacy 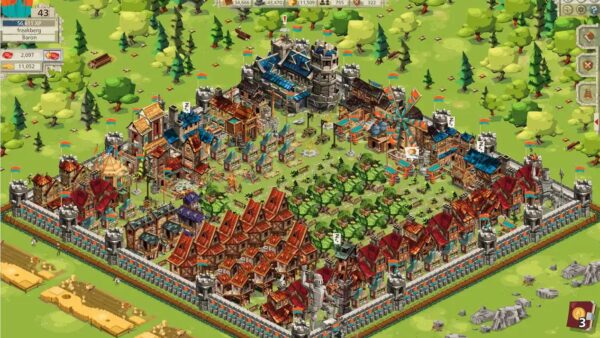 The theme of power development: the economy is well and good, but without military means, we will not get far in Goodgame Empire. We recruit in the barracks different units that specialize in attack and defense in addition to local and long-range combat.

What we send into battle is placed individually and determined before each attack. However, it is important to have a sense of what awaits us behind the enemy castle wall. Now that we have opened the world map and picked a goal, we will send a spy once.

Depending on how far the respective castle is removed from ours, the journey can be shorter or longer (depending upon the scenario). After the spy returns, we can find the spy report in our mailbox – very traditional, as in many other strategy browser games.

Now we can consider whether to venture an attack and if so, what units we want to use in the front and on both flanks. Another click on the submit button and off it goes. Victory or defeat!

That is always exciting to see. Aside from fame and honor and experience points, winning a battle brings us other valuable resources as well. Lootings are an important source of income in Goodgame Empire!

The Power of Chivalrous Alliance 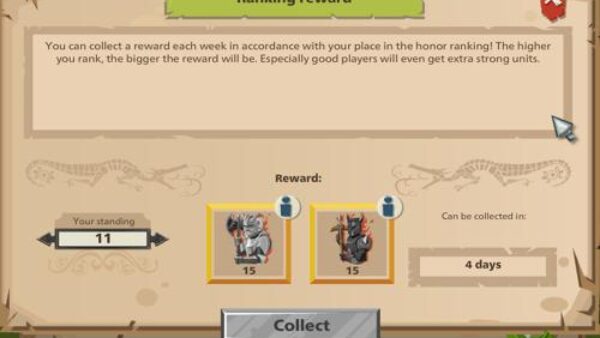 On the world map, we find robber baron castles of different levels, that, of course, are the empires of other players. Before we jump into PvP-battles, we rather think again about whether it would make sense to create an alliance. Alliances with players involve various benefits, both economic and military in nature.

Firstly, we can help out within an alliance in an organized way with raw materials, on the other hand, it is possible to arrange common strategies and combine our forces with an even stronger enemy. Once we are in great distress because someone attacks us, we also have the option to ask our allies for military assistance – and of course vice versa.

If we have made some progress through skillful management and successful looting and reached level 25, we can unlock new kingdoms in Goodgame Empire – there are three in total. In each of these realms, we have the opportunity to build another castle, to continuously grow our empire!

In case you have missed the awesome trailer of the game, take a look at the trailer embedded below: