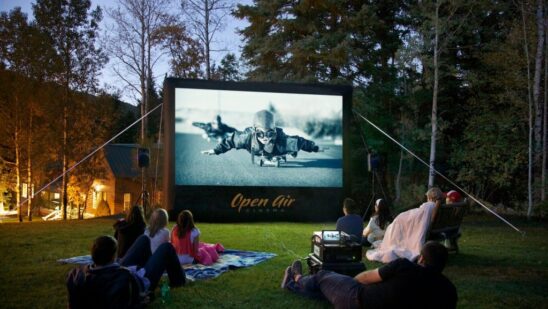 Whether you’re looking for a movie night to prepare for the Fourth of July celebrations or are thinking of one to top off this holiday, there are many patriotic films that continue to rank highly among film fans.  The following are the 8 best patriotic movies for independence day viewing that showcase the American spirit at its finest and will inspire you to remember what makes the U.S. great:

Starring James Stewart and Jean Arthur, this classic film depict the effect one man can have on the political scene.  The film premiered in 1939 in Washington D.C. and is one of the most highly regarded American political films ever made.

Starring Daniel Day-Lewis and Sally Field, this depiction of the nation’s sixteenth president is a captivating film about Lincoln’s life during the waning days of the Civil War.

Fans of comedy will enjoy this film that never seems to get old! Starring Bill Murray, Harold Ramis, and John Candy, the film depicts a group of misfits who join the army and muddle through basic training.

This science-fiction adventure film portrays aliens that attack the planet.  The planet initiates its own offensive attack on July 4th in honor of the U.S. holiday.

Starring Will Smith and Jeff Goldblum, the film is known for its non-stop epic action and graphics.

This film celebrates American life from the 1950s onward.  Starring Tom Hanks, the movie follows a profound Gump through war and cultural changes affecting America to the present.

Heartfelt, funny, and uplifting, Forrest Gump is a must-see if you happen to be one of the few who have never seen it!

Starring Henry Fonda and Claudette Colbert, Drums Along the Mohawk is a classic that portrays hardy settlers of New York at the time of the Revolutionary War.

Attacks by the British, Tories and Native Americans provide the action of this movie that was once nominated for Academy Awards.

Starring Tom Hanks and Matt Damon, Saving Private Ryan depicts the beaches of Normandy during WWII.  Emotional and realistic, the film recalls the bravery and sacrifice that helped the Allies win the war.

Starring Mel Gibson and Heath Ledger, this film showcases the grittier side of the Revolutionary War.  Gibson leads his militia, including his son, through swamplands to wreak havoc among the British troops.

With exceptional period detail, this movie depicts how the nation was one long ago.

These are some unforgettable films that will certainly complement any Fourth of July celebration. Other great patriotic films to consider include Red Dawn, Yankee Doodle Dandy, Top Gun, National Treasure, How the West was Won, To Kill a Mockingbird, 1776, Glory, Apollo 13, Air Force One, Born on the 4th of July, the Fighting Sullivans, Patton, Rocky, and All the President’s Men. Give them a try and discover what makes them so great!