Home » Interesting » Marvel vs DC: Who Has Better Writers?

Marvel vs DC: Who Has Better Writers? 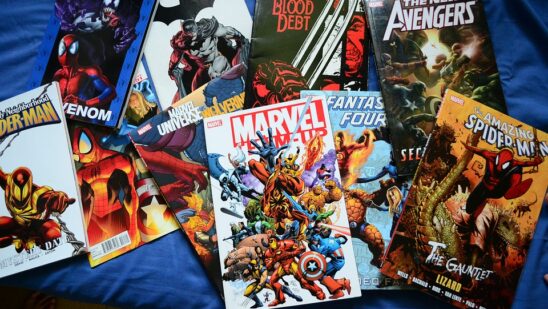 Marvel vs DC: Who has better writers? The question that gets every comic book fan’s blood boiling. And it’s not about the comic book fans only anymore. Since both companies started releasing their own movies, they attracted new fans – and provoked new passionate discussions about which one is better, Marvel or DC? First of all, there’s no right answer to that question. Both studies have their huge fanbases and it all comes to personal tastes in the end. But still, it’s always interesting to read someone else’s opinion, isn’t it? So when it comes to Marvel vs DC, there are two niches to focus on: movies and comic books. And they are quite different.

We cannot say that about every Marvel and DC movie, of course: both studios have successful films, and both studios released bad ones. But Marvel definitely beats DC when it comes to movies. Most of Marvel’s last releases were a success, while DC had been criticized a lot for many of their recent films.

The good news for DC fans, however, is that DC doesn’t give up. If we look at two films released last year – Wonder Woman and Justice League – we will see that clearly. They both are different by their message and their tone, and though Justice League wasn’t as successful as Wonder Woman, they’re trying to add more humor and generally switch to a lighter tone compared to the previous films like Batman Vs. Superman.

Marvel, on the other hand, does great – but sometimes it seems that they had found their success recipe and decided to stick to it. While Marvel movies are good, they are very similar in tone, general humor, and attitude. Unlike DC, they don’t experiment a lot – perhaps, the only movie that stands out a lot is last year’s Thor: Ragnarok.

So Marvel definitely wins when it comes to movies. DC, however, struggles – but definitely looks for ways to improve.

When it comes to comics, these two companies have different focuses. Marvel is more about the events. Its characters are more realistic and they also change as time goes.

Marvel also thinks bigger when it comes to stories: its stories usually last very long, taking a number of issues, and spanning multiple comic series. Of course, there are some exceptions – but generally, it could be considered a tendency.

The tone also matters. Marvel movies are generally lighter than DC ones – and comics are as well. This doesn’t mean they aren’t deep – just not that dark as the ones made by DC.

Moving on to DC. They focus on shorter stories and on more personal storytelling. The DC’s characters are less realistic than Marvel ones – in the DC universe we have plenty of characters who could be considered godlike, and that’s not an accident – it’s a concept as well.

Further, when it comes to DC vs Marvel, DC comics are also darker and more violent in general.

So, in the end, it mostly comes to a type of storytelling that you prefer and also to the tone you like better. However, when we’re talking about the heroes that fans like and remember the most, DC definitely wins. When it comes to recalling the most famous superheroes, plenty of people name Superman first and Batman second. And it’s not only superheroes that are remembered – DC’s Joker was named one of the 50 greatest villains by Empire.

Wrapping this up, we could say that while it’s mostly about the heroes, the tone, and the storytelling the readers prefer, most people do remember DC heroes better.

But, of course, this doesn’t mean that a certain company is indeed better than the other – this simply means that both companies have their strengths, weaknesses, and things that make them unique.

Moreover, while they are considered competitors, they do maintain friendly competition, even stealing from each other sometimes. And that’s completely understandable – after all, both these companies appeared nearly at the same time (somewhere during the 30s) and have been inspiring people all over the world ever since. They know their value and continue their hard work – and that’s all that matters.

All we can hope for is that neither of them won’t stop coming up with new ideas, developing, and doing their best to create good films and comics.