Home » Movies » Is The Horror Genre Taking a New Direction With Films Such as The Woman In Black?

Is The Horror Genre Taking a New Direction With Films Such as The Woman In Black? 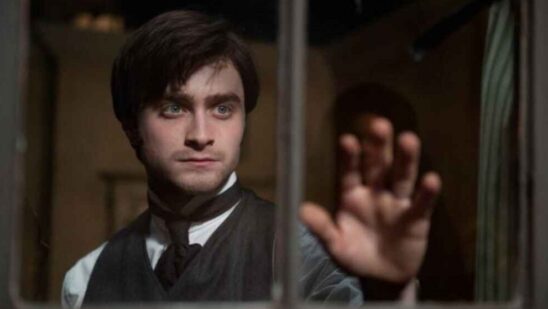 The horror genre is littered with unoriginal and uninteresting films that rely on jump scares and blaring sound effects to trick you into feeling scared – however, these films leave little of a lasting impression. True horror gets under your skin and continues to scare you even when you’ve left the theater and are safely tucked up at home. Films like ‘My Bloody Valentine’ and ‘I Know What You Did Last Summer’ provide real popcorn entertainment and can get the adrenaline flowing, but it’s films like ‘The Exorcist’, ‘Ring’ and the most recent offering from Hammer studios, The Woman In Black that truly frightens.

So How Exactly Can You Frighten Without Jump Scares?

Modern Hollywood films attempt to crank up the tension and then suddenly ‘BOOM’ at you so that you’re shocked and the heart starts going; however, this has become such a cliché now that it doesn’t set films apart from the rest.

You get the tension and then the big payoff, and then you can relax once more.

Fright Without the Payoff

However with the aforementioned films that frighten, they build suspense in a different way – the tension might swell, but then there is no pay-off. Case in point (and mild spoilers ahead), in The Woman in Black, you rarely see the ‘woman’ except in the corner of your eye or standing behind the main character.

The same techniques were used in one of the popular horror television broadcasts called ‘GhostWatch’ – where you would glimpse the ghost standing in the window, but then pan the camera around again and he’s vanished.

The Characteristics of a Horror Film

In essence, real horror messes with your mind and feeds off your everyday fears, like seeing something move in your peripheral vision. The Shining is considered such a classic because it bombards your mind with confusion and disarray that the very thought about these events is enough to chill the blood.

Whilst it is inevitable that Hollywood will continue to churn out jump-scare gore-fests, it is the subtler horror films that will get the acclaim – the success of The Woman In Black was partly down to the celebrity (and undeniable) acting talent of Daniel Radcliffe, but it was the atmosphere that brought it above other films.

Really, this type of film represents a renaissance of the classics that simply did not have the budget to rely on special effects or gore, and whilst we do enjoy the odd fright flick, it’s refreshing to see a film that still manages to give us chills when we think about it!