How Smartphone Light Affects Your Child’s Brain And Body 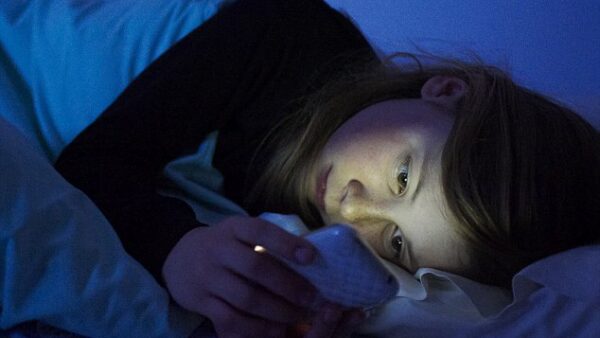 In a world where the influence of technology plays a vital role in almost every aspect of life, it is only natural that the general population is equipped with digital gadgets to help run their lives. Smartphones have become such an essential item for every individual that they simply cannot survive without it. Other than offering basic services such as instant telecommunications and messaging, it also serves as a personalized link to the vast virtual world. Smartphones allow people to stay connected to each other and get updated on the latest happenings around the world. Statistics show that smartphone users have been rapidly increasing on a yearly basis ever since its introduction to the public, with the current value hovering around the 2 billion mark. Analysts forecast that by the year 2019, the total number of smartphone holders will exceed 2.6 billion. With this booming usage and vast range of attractions that a smartphone offers to teenagers, its very common to see your kids getting addicted to their smartphones. Being a parent, you must have thought about how smartphone light affects your child’s brain and body and this is exactly what we are going to analyze today.

Smartphones are not only limited to serving the working population, but the younger generations have also jumped on the bandwagon. They are no longer satisfied with Barbie Dolls or Legos; they demand to have their smartphones to connect with their friends and to play the latest games available on the virtual market. In the past where kids used to sleep with their favorite toys, they are now going to bed with the latest smartphone model instead.

Based on a survey conducted in the United States, 63% of the participants admitted to keeping their phones nearby even during their sleeping hours. Most people might argue that this is a necessity given that their smartphones function as the personal alarm system as well. Others seemingly brush it off as a matter of convenience, to check their phones for the latest technology news right before they head to bed and to be alerted of any new notifications the moment they wake up.

Regardless of the reasons, scientists have released new findings that show the harmful effects of this obsessive behavior towards smartphones. While these effects affect the general population, its impact is magnified when applied to adolescents are more vulnerable to external factors that affect their health condition.

In research conducted by the Department of Psychology, University of Basel, Switzerland, scientists established that excessive use of smartphones at night increases the risk of depression and disturbed sleep patterns in adolescents. The participant pool consisted of the following:

Naturally, those who owned smartphones recorded higher usage of these electronic devices and led to delayed sleeping hours. More notably, scientists discovered a strong relationship between electronic use, sleep difficulty and depression symptoms. Those who spend their last conscious moments on their smartphones recorded shorter sleep duration but increased difficulties in falling asleep. This association led to the development of depressive symptoms.

A separate study conducted by the Warrington College of Business Administration, University of Florida, United States also echoed similar findings. The authors found that people who utilize their smartphones late into the night recorded lower levels of productivity the next morning.

According to the Lighting Research Center at the Rensselaer Institute, this phenomenon is due to the short wavelengths of optical radiations that are emitted by smartphones. These wavelengths suppress melatonin levels that cause a disruption in the normal sleep cycle. To accurately identify the effects of these radiated wavelengths, a small pool of 13 participants were tasked to use their electronic devices in the following 3 ways:

At the end of the experiment, participants who were fitted with the orange-tinted goggles recorded higher levels of melatonin in their body. This means that even though all participants had used electronic devices for the same amount of time, filtering out the harmful wavelengths can help to eliminate the suppression of melatonin and help to restore normal sleep patterns. This theory was further established by the Harvard Medical School.

The ever-decreasing age of smartphone users has made quite a few world news headlines in the recent past. Most traditional adults view it as a piece of unnecessary equipment for the younger generation and believe that parents are only spoiling their kids by giving in to their demands.

Other than being obscenely expensive, parents now have a more urgent reason to deny their children of this privilege. Scientists have discovered that the glare from smartphones suppresses melatonin levels in the body and can adversely affect a child’s sleep cycle and lead to the prevalence of depression symptoms. While this can be prevented by actively controlling their usage hours, it is more prudent to deny simply them of this luxury. Ultimately, the health consequences far outweigh the short-term gratitude from the child.