Here’s Everything You Need To Know About Batman Arkham Origins 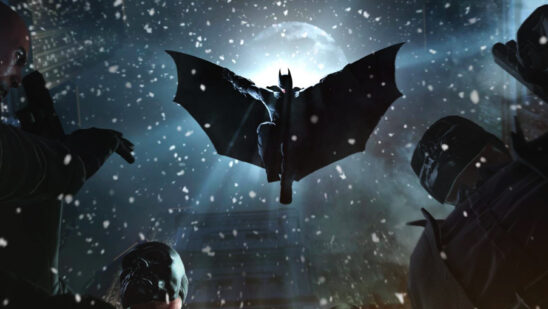 In the first game, Arkham Asylum, Batman starts off the game by delivering the Joker, Batman’s most famous arch-villain, into the custody of Arkham Asylum. It is a trap, however, as the Joker quickly takes over the asylum with the help of the beautifully twisted, Harley Quinn.

The second game in the series, Arkham City, has players once again taking on the role of the caped crusader of Gotham as the Joker, using various henchmen, escapes from the asylum and takes over Gotham City. This causes the outside world to wall off Gotham, turning the city into a very large prison being run by the inmates.

Now debuting is the third entry, Arkham Origins, to the series. This story takes it all back to the beginning of the crime fighter’s alter ego. It begins exactly one year after Batman begins his quest to avenge his slain parents. The story is set in the winter, close to Christmas, and has the Black Mask offering a bounty for the death of Batman.

In the first two games, Batman faces off against many of the same villains. There is the Joker, the Riddler, who lays puzzles around the game for Batman to solve, and of course Harley Quinn. The second game introduced Catwoman, who even had a small playable section in the second Arkham game. This third entry has Batman fighting to just stay alive and introduces new villains into the mix. One of those villains is the Black Mask. The Black Mask is the most powerful and evil person in all of Gotham. He is not someone to mess with or work for as some of his henchmen find out the hard way. He wears a black mask with a three-piece suit, and his followers wear a black mask really similar to his.

Arkham Origins also includes the formidable female assassin, Copperhead. Copperhead is a lot like Catwoman in the graceful way that she moves about the screen. However, unlike Catwoman, Copperhead uses poison to help weaken and kill her marks. Not much is known about this new female assassin except she is extremely proficient at her job and usually leaves behind bodies that have been strangled, neck snapped, or poisoned.

Arkham Origins also introduces Deadshot, an expert marksman with a death wish. His real name is Floyd Lawton and he was trained by the US Army as a sniper. His skill with a rifle is unmatched and Batman has to be extra careful when engaging Deadshot.

Batman Arkham Origins will also feature a host of different skins for Bats. Players can have their Batman look like the Batman of old with the Adam West skin. There is also the Worst Nightmare skin that will make Batman look like a creature from the depths of a deranged mind. This skin was inspired by Batman’s desire to strike fear into his enemy’s heart.

Batman Arkham Origins will be available on October 25th of this year for the PC, Microsoft Xbox 360, and Sony PlayStation 3 home consoles. There has not been any word on whether this game will make the transition to the next generation of home consoles. These consoles will launch shortly after the game, if not slightly before.