Home » Interesting » Dive in to the History of Pizza

Dive In To The History Of Pizza 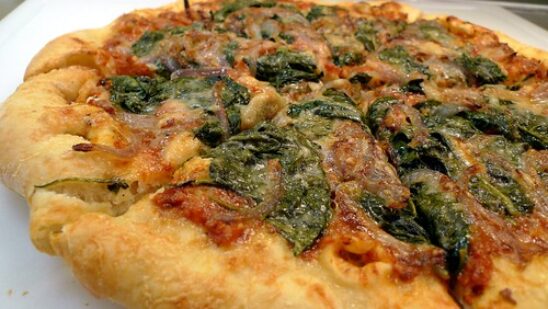 Throughout much of the world, pizza is a significant and tasty part of the cuisine. Whether you dine in a restaurant in Italy, a cafe in Paris, or around a kitchen table in Japan, you are likely to come across a variety of different pizza styles and toppings. Today, the word pizza refers to any bread crust that is heated and baked with toppings like cheese, meats, and tomato sauce. Read on for a dive into the history of pizza and learn more about the earliest origins of pizza, how it developed, and some of the many modern varieties available around the world.

The Earliest Origins of Pizza

Although pizza may traditionally be associated with Italy, it more accurately comes from the specific people groups that resided in the area of Europe we now refer to as Italy. While there is no way to tell for certain, it appears that the Phoenicians, the Romans, and the Greeks all created the idea of pizza independently.

However, there is also evidence that suggests that Italians as far back as the Stone Age were baking thin bread that served as plates for the other components of the meal, much like toppings would look on our pizzas today.

Creating the First Round Shaped Pizza

Although most modern pizzas are round in shape, they have not always looked this way. In fact, most ancient pizzas were simply created in whatever shape was available at the time. In the sixth century B.C., Persian soldiers actually baked their pizza bases right on their shields before adding toppings and flavorings.

In Pompeii, the famed Italian city that was destroyed by a massive volcanic eruption in the first century, archeologists have found evidence that pizzas were made in a round shape for personal consumption.

The most traditional idea of Italian pizza includes a flat crust, a layer of tomato sauce, and added cheese. However, it was not until the 16th and 17th centuries that tomatoes were actually eaten in Italy, and even then it was primarily consumed by peasants. In Naples, pizzas were created by using flour, olive oil, tomatoes, cheese, and herbs.

They were most often served in the poor sections of the city and were baked by chefs called pizzaiolo. It was not until the 18th century that wealthy Italians tried and enjoyed pizza, and then they began to add fresh mozzarella cheese to the dish.

Modern Variations of the Traditional Pizza

For many pizza eaters, the only true pizza pie is the one served in Naples, Italy, which boasts a charred crust with a soft interior, a simple tomato sauce with herbs, and slices of Buffalo mozzarella. However, in many places pizza comes in different forms. In Chicago, deep-dish pizzas are popular, and in New York, pizza slices are covered in shredded cheddar and mozzarella cheese. In Asia, it is even possible to find pizzas made from rice rather than wheat, or with toppings like corn and seafood.

Although the look and taste of pizza may have changed slightly throughout history, it remains one of the most popular and iconic dishes in the world. Whether you enjoy an authentic slice in Italy or a pizza pie delivered right to your door, the perfect flavor combinations keep pizza as a favorite for many diners.