Home » Random » Can a Full Moon Impact Your Mood?

Can A Full Moon Impact Your Mood? 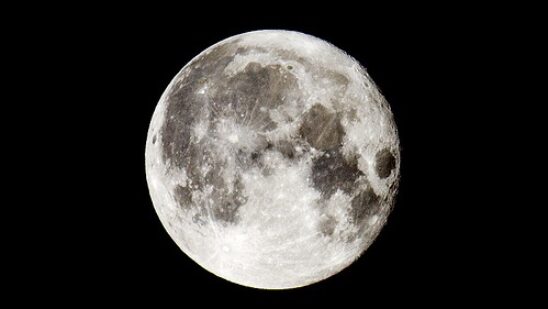 Can a full moon impact your mood? It seems as if everyone believes that strange things happen during a full moon. Some people claim witchcraft, others claim fictitious animals come out of the woodwork, and others simply think that it has some type of effect on our moods, thoughts, and behaviors.

What stems from this belief?

The word “lunatic” comes from the same Latin root as the word “lunar”. For this reason, it has always been believed that a full moon will bring out the crazy in people.

Though the words may have similar roots, the two actually do not have any type of relationship with each other.

What about Arnold Lieber’s study?

In 1978, Arnold Lieber, a psychologist, published a book that stated the moon actually did have some bearing on the thoughts, moods, and behaviors of people. In his research, he studied Miami’s crime records and stated that the number of homicides increased during full moons. Many people jumped onto Lieber’s findings and started believing that the moon did have an effect on us.

And what about the University of Saskatchewan study?

In 1986, the University of Saskatchewan (Canada) researchers disproved Lieber’s original findings, claiming there was no evidence that homicides increased in Miami during full moons at that time period. These researchers also performed their own studies and found no correlation between the thoughts, behaviors, and moods of individuals and the type of moon that was shining.

Since then, plenty of people have done their own research and have disproved the correlation between human moods, behaviors, and thoughts with the moon.

Is this continuing belief linked to the media?

Even though research has shown that there is no relationship between the moon and the actions of people, there are still people in the world that believe the two are related. Many people think that this continuing belief is due to the media, who always seem to point out the strange things that occur on full moons or even make people aware of them in the first place.

It could also be due to the entertainment industry, which preys on people’s beliefs that strange and/or awful things happen on full moons. Especially with today’s onslaught of vampire movies and TV shows, the full moon has a giant presence in the events that occur on these shows.

It could also be our subconscious

Crimes don’t only occur on full moons, strange occurrences don’t only happen on full moons, and your mood is not determined by what type of moon is shining. It has been proven that full moons have no bearing on our behaviors, so if you’re acting strange and it’s a full moon, the two are not related—it’s just a coincidence.