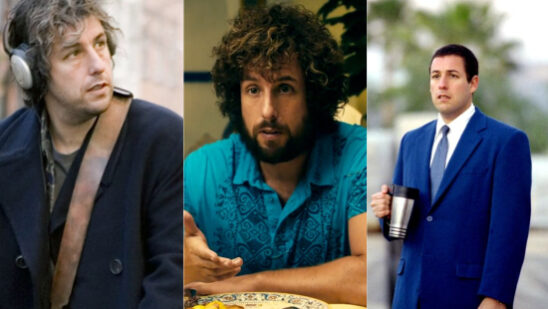 With a trail of hit comedy movies under his belt, Adam Sandler is considered as the most divisive comedians of Hollywood. Never a favorite of the critics, Sandler’s movies still are commercially successful. He is undoubtedly one of the most bankable actors. He started his movie career in 1989 with ‘Going Overboard’. In 1990, he gained fame when he scored a spot in ‘Saturday Night Live’ which lasted five years. During these five years on the show, Sandler created various much-loved characters like Canteen Boy, Opera Man, and Cajun Man. Sandler has made a vast number of movies in the two decades, while the majority of them have been box office success, there have still been many that were clearly major failures. Most of his recent releases have been misfires but Sandler has now found a home on Netflix. Since the premiere of ‘The Ridiculous Six’ on Netflix, subscribers have reportedly streamed more than half a billion hours of this movie! In 2014, Netflix signed Sandler to a four-movie deal and has now signed him again for another four-movie deal. While we wait for all Sandler’s movies to be released on Netflix, let’s take a look at the 15 best Adam Sandler movies of all time: 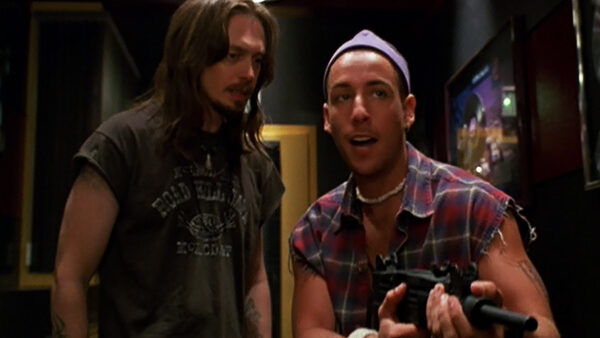 Chazz, Pip, and Rex are aspiring rock musicians and have resolved to get their demo tape played on air. In their desperation to make it big, they sneak into a radio station where the manager is hostile towards them. The musicians try to threaten him with realistic-looking water guns and the situation soon gets out of hand.

With an original plot, great acting, and good humor, this movie grossed a total of $1.9 million on the opening weekend. As with almost of all Sandler’s movies, it received negative reviews from critics. This is one of Sandler’s earliest movies and he gave an outstanding performance. This movie quickly gained a cult following. 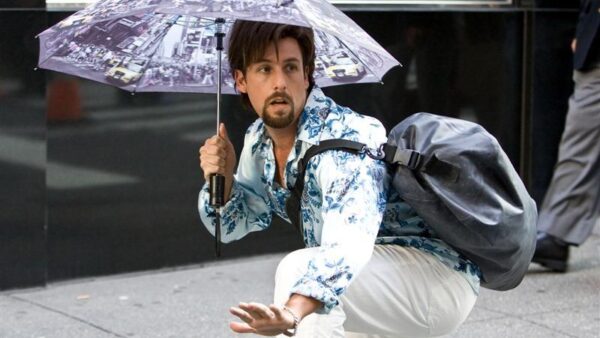 This movie is a political satire comedy movie that was produced by Adam Sandler. He also plays the main character who is an Israeli counter-terrorist army commando.

In order to pursue his lifelong dream of becoming a hairstylist, the commando decides to fake his own death. Even with mediocre reviews, this movie did well at the box office by generating a total of $201 million on a $90 million budget. 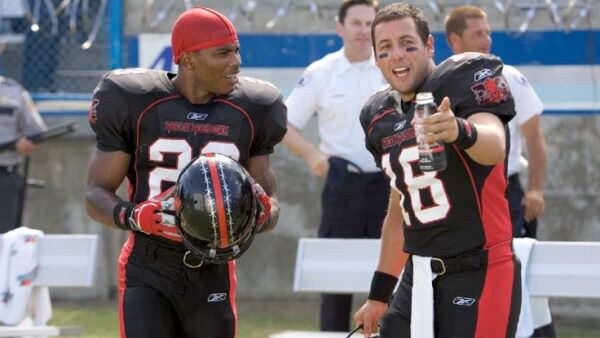 This sports comedy is a remake of the movie of the same name released in 1974. Paul Crewe is a disgraced ex-professional quarterback who gets forced into forming a football team of prison inmates to play against the guards.

This movie was one of the biggest movies of Sandler’s career. It generated $47.6 million on its opening weekend, it was second to ‘The Day After Tomorrow’. Eventually, this movie grossed $158.1 million in the U.S. and $190 million worldwide. Of all the remakes released, ‘The Longest Yard’ is the highest-grossing comedy remake in the modern box office (1980 onwards). 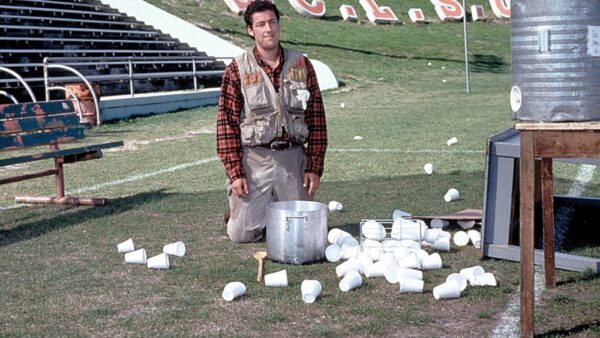 This sports comedy revolves around a waterboy for a college football team. He soon discovers that he possesses a distinctive tackling skill and eventually becomes a part of the team.

The crude and blunt humor in this movie clearly didn’t do well for the critics but was a hit with Sandler’s fans. Some entertaining and endearing moments in this movie helped in solidifying it as one of the most memorable Sandler’s movies. It was a major hit at the box office and generated $161.5 million in North America alone. Sandler won the MTV movie award for Best Comedic Performance for this movie. 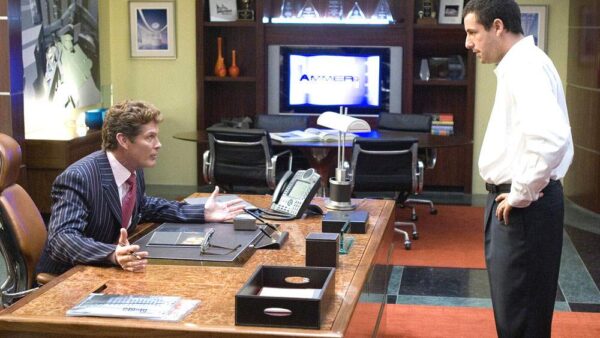 This movie is about a father who discovers a magical remote control that enables him to fast forward through boring parts of his life or watch baseball games using picture-in-picture whenever he wants. However, he soon learns a valuable life lesson.

The critics didn’t go easy on this movie but it still grossed $237 million at the box office. Sandler won the Nickelodeon’s Kids’ Choice Award for Favorite Male Movie Star for this movie. 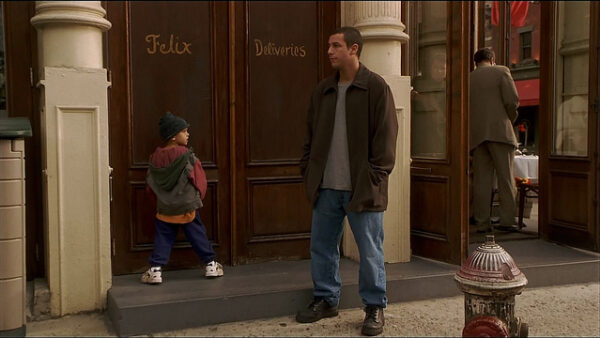 Sonny Koufax, a thirty-two-year-old tollbooth attendant, spends his life shunning all of his responsibilities. When his girlfriend leaves him for an older man, Koufax adopts a five-year-old boy, who lost his mother to cancer, to show his girlfriend how grown up he is. He fails miserably to impress her and gets stuck with the kid.

Even with a grim setup, Sandler managed to make this movie light-hearted and surprisingly sweet. This movie was a hit at the box office grossing about a quarter of a billion dollars. This was also Sandler’s last movie before he started his own production company. 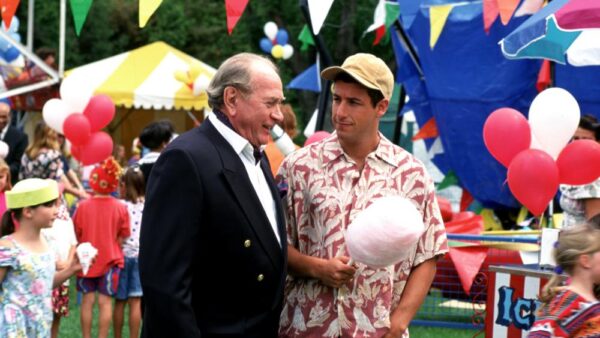 Even though Sandler starred in a few movies before ‘Billy Madison, his career really started in 1995 after getting fired from the Saturday Night Live show. This movie is about an irresponsible, spoilt, and lazy man-child who spends his days and nights partying and drinking.

His father, fed up with his irresponsible son, issues an ultimatum. Madison has to repeat grades 1 – 12 over again in order to inherit his father’s hotel empire. Another movie that wasn’t positively received by the critics but debuted number one at the box office, generating $26.4 million worldwide. 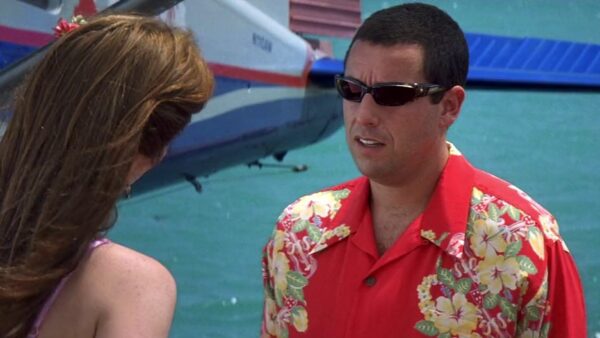 After the massive success of ‘The Wedding Singer’ Sandler and Drew Barrymore teamed up once again in this romantic comedy. The story revolves around playboy Henry who falls for Lucy. However, Lucy suffers from short-term memory loss and forgets everything each morning. 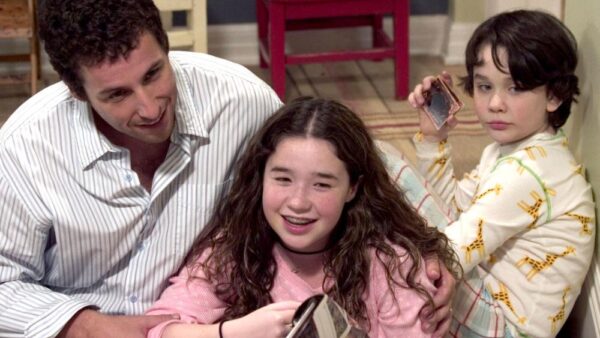 A Mexican woman, Flor Moreno, immigrates to America with her daughter for a better life. She soon finds work with Deborah and John Clasky and their two kids. Upon finding that Moreno is facing difficulties in managing her work schedule and her daughter, Deborah suggests Moreno and her daughter move in with them. Soon, tensions start running high in the household as both cultures start clashing.

The movie received mixed reviews from the critics and didn’t do well at the box office grossing only $55 million worldwide on an $80 million budget. 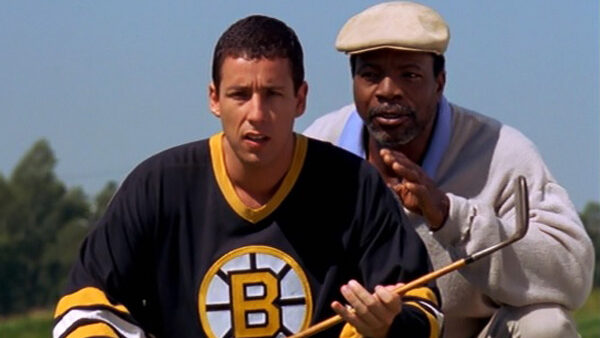 This movie revolves around a rejected hockey player who starts playing professional golf to save his grandmother’s house from being seized by IRS.

As with most of Adam Sandler’s movies, the movie didn’t do well with the critics but still remains a favorite among Sandler’s fans. This low-budget comedy was a success, grossing $41.2 million on a mere $12 million budget. The movie won the MTV Movie Award for Best Fight. 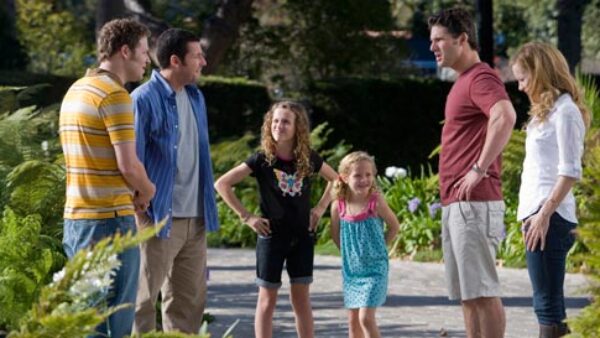 Sandler mostly does comedy movies but this movie proves he also has dramatic acting skills. It revolves around a comedic movie star who learns that he suffers from a potentially deadly blood disease. Upon learning this, he is forced to reevaluate his life.

For once, Sandler’s movie received positive reviews and Sandler’s performance was credited for giving one of his best. Unfortunately, the movie turned out to be a box office disappointment. 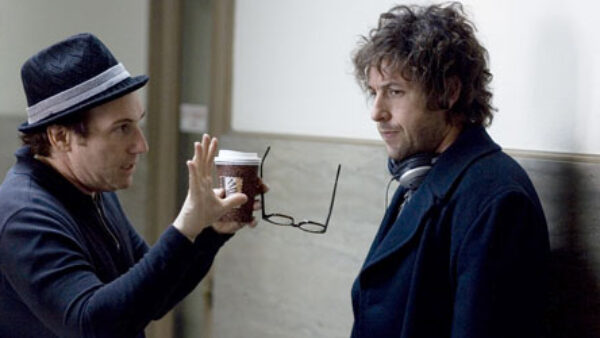 Sandler starred in this heart-rending movie about a man who lost his family in the 9/11 terrorist attack. He is put into an insane asylum after his failed suicide attempt. He eventually moves in with his in-laws and soon reconnects with an old college roommate, who is under stress. Their chance meeting becomes a turning point in both men’s lives.

The movie generated $22 million on a $20 million budget. The heavy subject didn’t go well with the audience but years after its release, it has become a much-watched movie on Netflix. 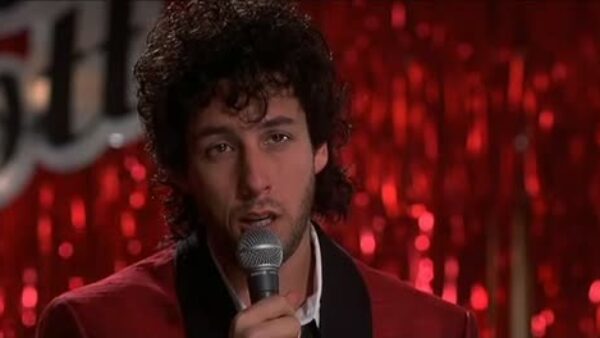 Set in 1985, this movie tells the story of a wedding singer who gets abandoned at the altar by his fiance. Heartbroken, he soon meets a perky waitress who asks him to help out at her wedding. It doesn’t take long for him to fall for her and tries to win her over before she gets married.

This was Sandler-Barrymore’s first collaboration and was an immense hit, grossing $123 million on an $18 million budget. It is easily one of the best Adam Sandler movies ever. This movie leads to more Sandler-Barrymore starrer movies and was also later adapted in a stage musical of the same name. 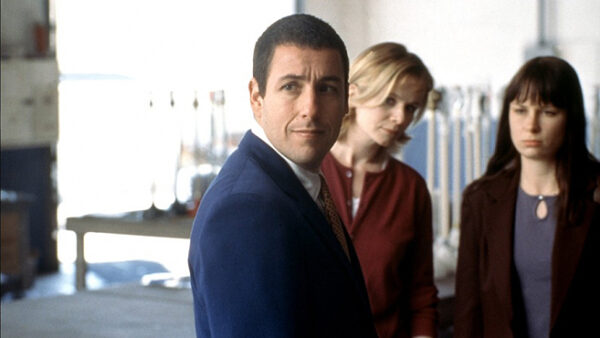 This movie is a dark story about a shy lonely man who falls for his sister’s co-worker. However, his romance is soon threatened by an extortionist.

The movie perfectly utilized Sandler’s persona as a comic to explore the life of a lonely man. It is another one of Sandler’s movies which received positive reviews from the critics but failed to do well at the box office. Sandler gave a touching performance which leads to a Golden Globe nomination for Best Performance by an Actor in a Motion Picture – Comedy. 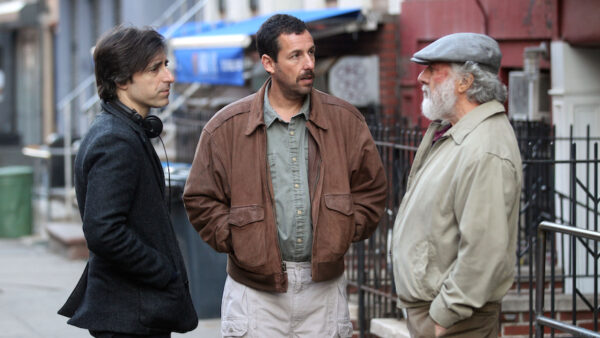 Sandler returns to show off his dramatic skills in this comedy-drama movie. It narrates a story of estranged siblings who reunite to celebrate their father’s work as an artist.

This movie is about sibling rivalry and regrets, daddy issues, and life disappointments. Its strong ensemble cast and smart writing has been much appraised but it’s Sandler and Stiller who is said to steal the show.

Aside from these, we believe the following two movies deserve an honorable mention for Sandler’s outstanding performance:

Hope you enjoyed reading our list of the best Adam Sandler movies of all time. Feel free to share your views in the comments below!