Home » Gaming » Battlefield 3 Vs Modern Warfare 3: Which FPS Is Right For You

Battlefield 3 Vs Modern Warfare 3: Which FPS Is Right For You 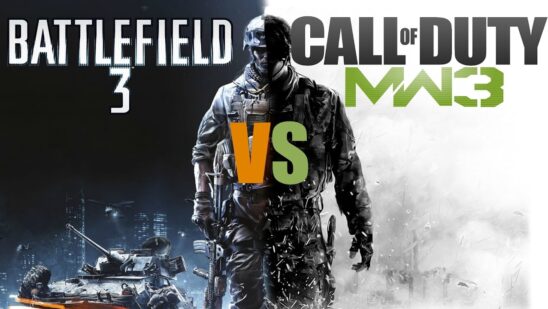 Battlefield 3 vs Modern Warfare 3 is a never-ending comparison. If you’re a gamer and you love first-person shooters, then you know the top contenders for your attention are Modern Warfare 3 and Battlefield 3. These two games have dominated the limelight of FPS titles, but which one is right for you? This isn’t an easy question to answer. We’re talking about two giants of the gaming Universe. When Activision comes out with a game, it sells over 20 million copies a pop, whereas EA Dice is a master in developing games for high-end PCs, giving gamers an unforgettable experience.

From the moment it was released, gamers have revealed a similar concern: the multiplayer experience is incredible, but they find the campaigns for single-player dull and short, leaving much to be desired. It’s as if the programmers from EA Dice had an underlying drive of beating Call of Duty, instead of focusing on originality and building on the areas it already excelled.

Being a veteran PC developer, one of the strongest factors is having an unequaled graphical experience, which stretches across a wide range of machines. Except for the lowest settings on a PC, Battlefield 3 actually looks better on an aged PC than the console version, which says a lot.

However, that doesn’t always play to your advantage. Because the graphics are so powerful, there’s a lot of visual information stuffed into the environment. This makes some functions difficult like dealing with lights, destroyed scenery, and dust to get a solid lock on your target.

Personally, I would call Battlefield 3 a near-perfect multiplayer game – with a single-player campaign thrown in for extra value.

The first thing you’ll notice with Call of Duty: Modern Warfare 3 is – it’s immense. In fact, the Official Xbox Magazine says it:

The great thing about MW 3 is Activision didn’t penalize the intelligent, hard-core players to provide options for the emerging newbies entering the arena. Multiplayer is now for everyone, and in the long run, will make this killer game even better. Sure, the atmosphere is something you’ll remember: it’s the same wars being fought in the same way, but we’ve come to love certain patterns of repetition.  Throw in a dash of innovation and you have an instant favorite.

Players will notice some key pros of MW3: weapon ranks and perks, the realistic size of sniper rifles, Captain Price is finally gone and gameplay is more balanced than in MW2.

Which game is best for you? I’m sorry to say you may have to try both of them and let your inner gamer tell you. These two works of art are so very different, even though they’re both military FPS games. Battlefield 3 with strategic, visually gripping zones, and MW3 pumps you with instant thrills and tons of value.