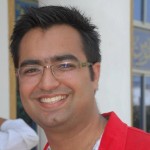 All Posts by Hannan Ali Kasana

NVIDIA, the California based tech company famous for its graphics processing units is launching its own portable gaming console in the market dubbed as ‘Project Shield’. The device is powered by ‘pure’ Android OS and packs a very powerful punch in terms of hardware specs. NVIDIA has officially announced Project Shield at CES 2013 which is currentlyâ€¦ Read More »

Disposable email address service is an unconventional service of sharing and managing the email addresses. They provide a distinctive mail address for every entity and supervise the link between the sender and the addressee. Today the internet is a house of spam and it is not safe to give away your personal email address toâ€¦ Read More »