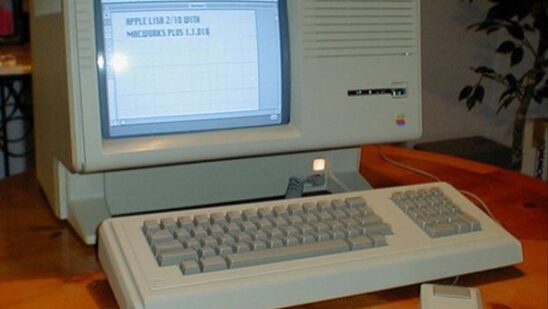 In 1983 when Apple designed The Lisa, it was released into the world as the new business computer that would be a strong follow-up to the Apple II. It was released after a very long development process with a lot of delays. Lisa shook up the computer world, mainly because its cost was so high: $10,000 (which is over $21,000 in today’s dollars when adjusted for inflation). The price tag was about four times what it was expected to be when Lisa was first envisioned. Many years of development went into creating Lisa, but many who don’t know about this old Apple system may be wondering if it was all worth it. Those who do know about Lisa’s past are often surprised that it didn’t ruin Apple and change computing as we know it today:

Lisa was only the second personal computer to come with a GUI (graphical user interface) that was sold commercially, and this was only the start of Lisa’s impressive specs. While nothing much today, Lisa really packed a wallop in the early 1980s. Lisa boasted a Motorola 68000 CPU clocked at 5 MHz, 1 MB RAM, and a standard Apple 512 KB memory board giving Lisa a massive total of 2 MB of memory. Lisa was sold with two Apple FileWare 5.25-inch floppy drives. Dual-sided, they had a capacity of 871 kb each and could only be used with special diskettes.

Optional external 5 MB hard drives were available at first, and a 10 MB option would be released later. Lisa was an open system with expansion slots so that users had the option to keep expanding and upgrading their machine, like with a new CPU card. All in all, its hardware was quite competitive and advanced for the time.

Lisa’s main problems, however, were software related. It came with a special operating system, but it was unfortunately partially built from the Apple III SOS operating system, which was a spectacular failure. The computer’s hierarchical structure for the disk system made large drives impractically slow. The system was altogether sluggish, and the virtual memory Lisa used helped to compound the problem.

Lisa was a big flop for Apple commercially, mainly due to price (not poor performance). The price scared away many potential buyers because it was simply outside their budgets.

Many business owners went to the far more inexpensive IBM PCs that were already available and were starting to have dominance in the commercial sector. Users wanting an Apple computer jumped for the Apple Macintosh released just a year later; the Mac was faster and much cheaper.

Although Lisa was essentially a flop, it was still a very significant computer. Lisa was innovative in many ways that advanced computing. One example of this was the documents Lisa could produce when coupled with the dot-matrix printer Apple released; attractive, professional quality paperwork could now be produced easily and more quickly in the office. Some of the features offered by Lisa, such as ‘Protected Memory’, were not incorporated in Mac OS X earlier than 2001 which itself is a testament to how advanced Lisa was as a personal computer.

Lisa could have ended up writing a very different history for Apple as the slow and expensive Lisa was released right after the even more abysmal Apple III. Luckily for all of us, however, Apple would follow these flopped machines with the Macintosh and manage to change the future of computing.