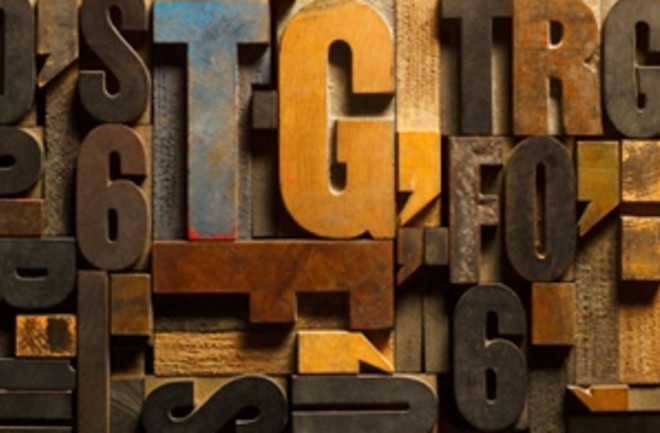 The world is full of strange things and the same is true when it comes to some interesting facts associated with the English Language. Here are 55 things you didn’t know about the English language for your reading pleasure:

1. Over 400 million people use the English vocabulary as a mother tongue, only surpassed in numbers, but not in distribution by speakers of the many varieties of Chinese.

2. Over 700 million people, speak English, as a foreign language.

3. “Dreamt” is the only English word that ends in the letters “mt”.

4. The word “set” has more definitions than any other word in the English language.

5. “Underground” is the only word in the English language that begins and ends with the letters “und.”

6. The longest one-syllable word in the English language is “screeched.”

7. There are only four words in the English language which end in”-dous“: tremendous, horrendous, stupendous, and hazardous.

9. There is a seven-letter word in the English language that contains ten words without rearranging any of its letters, “therein“: the, there, he, in, rein, her, here, here, ere, therein, herein.

10. No words in the English language rhyme with month, orange, silver, or purple.

11. ‘Stewardesses‘ is the longest word that is typed with only the left hand.

12. The word “queue” is the only word in the English language that is still pronounced the same way when the last four letters are removed.

13. The combination “ough” can be pronounced in nine different ways. The following sentence contains them all: “A rough-coated, dough-faced, thoughtful ploughman strode through the streets of Scarborough; after falling into a slough, he coughed and hiccoughed.”

14. The verb “cleave” is the only English word with two synonyms that are antonyms of each other: adhere and separate.

15. The only 15-letter word that can be spelled without repeating a letter is uncopyrightable.

16. Facetious and abstemious contain all the vowels in the correct order, as does arsenious, meaning “containing arsenic.”

17. Typewriter can be typed using only the top row of keys on the keyboard.

18. Postmuscular is the longest word typed using alternating hands, two letters at a time of keys on the keyboard.

20. The phrase “rule of thumb” is derived from an old English law that stated that you couldn’t beat your wife with anything wider than your thumb.

21. In Shakespeare’s time, mattresses were secured on bed frames by ropes. When you pulled on the ropes the mattress tightened, making the bed firmer to sleep on. Hence the phrase, “goodnight, sleep tight.”

22. It was the accepted practice in Babylon 4,000 years ago that for a month after the wedding, the bride’s father would supply his son-in-law with all the mead he could drink. Mead is a honey beer and because their calendar was lunar based, this period was called the honey month, which we know today as the “honeymoon“.

23. More than 70 percent of all the home pages on the Internet are in English, and more online users speak English than any other language, making it the world’s lingua franca (assuming you consider brb, omg, g2g, and rofl English).

24. Many science-related English words starting with the letters al—including algebra, alkaline, and algorithm—are derived from Arabic, in which the prefix al just means “the.”

26. The shortest complete sentence in the English language is “I am.”

28. Floccinaucinihilipilification, the declaration of an item being useless, is the longest non-medical term in the English language.

29. Goddessship is the only word in the English language with a triple letter.

30. The sentence “The quick brown fox jumps over the lazy dog.” uses every letter of the alphabet!

31. The sentence “Pack my box with five dozen liquor jugs” uses every letter of the alphabet and uses the least letters to do so!

34. “Rhythm” is the longest English word without a vowel.

35. “Jack” is the most common name in nursery rhymes.

36. In the English language there are only three words that have a letter that repeats six times. Degenerescence (six e’s), Indivisibility (six i’s), and nonannouncement (six n’s).

37. The only three words in the English language to have 2 consecutive u’s are vacuum, residuum, and continuum.

38. The very first dictionary “The American” took Noah Webster 20 years to put together.

39. The word “alphabet” is derived from the first two letters in the Greek alphabet: “alpha” and “beta”.

40. What is called a “French kiss” in the English-speaking world is known as an “English kiss” in France.

41.”Almost” is the longest word in the English language with all the letters in alphabetical order.

42. According to Illinois state law, it is illegal to speak English. The officially recognized language is “American.”

43. Widow is the only female form in the English language that is shorter than its corresponding male term (widower).

44. There are two words in the English language that have all five vowels in order: “abstemious” and “facetious.”

45. There are only two sequences of four consecutive letters that can be found in the English language: “rstu” and “mnop.” Examples of each are understudy and gynophobia.

46. Of all the languages in the world, English has the largest vocabulary about 800,000 words.

47. No language has more synonyms than English.

48. “Underground” is the only word in the English language that begins and ends with the letters “und.”

49. “The sixth sick sheik’s sixth sheep’s sick” is said to be the toughest tongue twister in English.

50. “Forty” is the only number that has its letters in alphabetical order.

51. “One” is the only number with its letters in reverse alphabetical order.

52. “Go” is the shortest meaningful sentence in the English language.

53. All pilots on international flights identify themselves in English.

55. The words ‘racecar,’ ‘kayak‘ and ‘level‘ are the same whether they are read left to right Or right to left (palindromes).

Here’s a brief chronology of the English Language to further suffice your appetite: