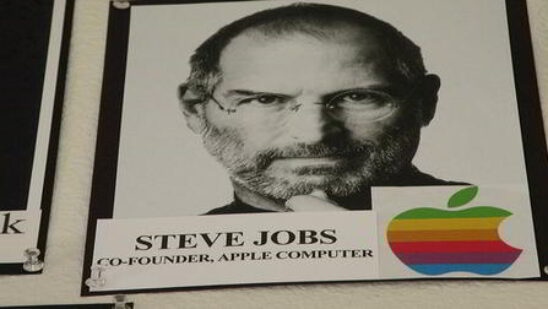 At the time of his death, Steve Jobs, the founder of Apple Computer, was one of the admired visionaries of his time. The legacy that he left behind changed the way the world used computers and technology. There are many who feel that he had one of the greatest impacts on the computing world. Here are five ways that Steve Jobs revolutionized the computer business.

Many will regard the infamous and landmark commercial that heralded the introduction of the Macintosh computer in 1984 during the Super Bowl XVIII game. This commercial was instrumental in setting the tone and establishing the fact that MacIntosh was different from the personal computers that were available at that time.

It was Steve Jobs’ vision of the MacIntosh that made it an innovative and unique product. The Mac helped change the computer industry and the world. With its graphical user interface and mouse, the design of the MacIntosh computer was a game-changer that helped Apple Computers become the innovative company that it is today.

While the Sony Walkman was a revolutionary product for analog music when it was first introduced, the Apple iPod was revolutionary because it took digital music to a higher level than was ever anticipated. In this case, Steve Jobs made the iPod become synonymous with digital music and MP3 players.

To make it even more revolutionary was the small size of the iPod and how the music was delivered to it via Apple iTunes. The very compact size of the player made it even more convenient to users than other portable music devices had been.

Under the leadership of Jobs, Apple set the standard for the MP3 player and how digital music was sold and delivered to the players.

With the release of the Apple iPhone in 2007, Steve Jobs proved once again to be a visionary. The iPod pushed Apple back to the top of the computer industry after a period when Apple had struggled without Jobs’ presence.

The well-designed and innovative smartphone was the device that allowed Apple to firmly secure its perch atop the computer world as the leader of revolutionary products. All other companies were now playing the role of catch-up.

Steve Jobs, by this point, was now heavily involved in all facets of the design, production, and marketing of the iPhone. He ensured that his vision of the smartphone was firmly incorporated into the total package that when released turned the cellphone market upside down.

It led to the proliferation of other smartphones, most notably the release of Android-based phones. Although Android phones now have a larger share of the market, it was Steve Jobs’s revolutionary smartphone that set the stage for today’s smartphone industry.

Tablet computers had been around for quite some time when the Apple iPad was released. Once again because of his vision and involvement in the process from beginning to end, Steve Jobs was responsible for the final product that was released to the world in 2010 with much fanfare.

Just as the iPhone had done before, the release of the iPad set the standard by which all other tablet computers were measured. Sales of the iPad jump-started the tablet computer industry and marked the beginning of the shift away from desktop and laptop computers that are occurring even at this moment. Steve Jobs proved again that he could revolutionize a segment of the computer industry.

Apple had always been able to market its products as innovative and creative from the very beginning. However, their early computers did not garner the market share of the computer industry that IBM and Microsoft were able to achieve in the ’80s and ’90s. However, by the time Apple released the iPod, Steve Jobs had figured out how to capture the attention of the computer industry.

By releasing imaginative and forward-thinking products in a well-anticipated fashion, Jobs revolutionized the marketing paradigm for the computer industry that not many other companies have been able to replicate. Apple was long noted for its proprietary products and secrecy, so by keeping the details of the release of new items very guarded, it built up a flurry of anticipation among its followers and the press.

This soon became a much-heralded part of their product release and drew press attention from all over the world. In this manner and up until the time of his death, Jobs once again was able to revolutionize the computer business.