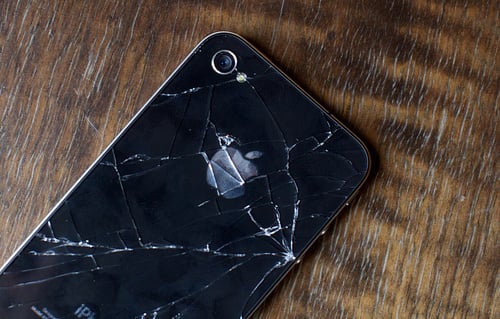 People will do almost anything that they can think of in order to make money. These days, it seems like those who have self-esteem, a proportional sense of self-worth, or even a good work ethic, are few and far in between. If you find people’s ridiculous, day-to-day shenanigans funny, and need a good laugh to get you through the day, then boy do we have the right jokes for you. Following, you will find five real insurance claims on mobile phones that were put in by real people trying to work the system because they messed up. And if you are having a bad day, nothing is better at cheering you up than knowing that once, somewhere, someone had an even worse day than you are currently having. Let’s take a look at 5 funny mobile phone insurance claims:

The Mysterious Back Door Disappearance

With the torch app as a source of light, the farmer was very surprised when suddenly everything went dark and realized his phone had just disappeared up the back side of his cow. His claim? The phone came back out, but it was, of course, damaged.

A woman in her late twenties from the Bristol area was using her cell phone in a very unconventional way when suddenly, it stopped functioning correctly.

According to the insurance claim that she put in, she was using her Blackberry 9900 as an adult toy, but while she was, the phone’s vibration function broke.

It’s Not a Banana

One of the oddest claims would have to go to a man in his 30s, who claimed that his HTC One X went missing when he was filming monkeys on the hood of his car at the Longleat Safari Park and one of the monkeys snatched it and made off with it.

In Liverpool, a woman in her early 20s claimed that she found out her boyfriend was cheating on her. What she did instead of leaving was to throw her cell phone, an HTC Desire X, at him. She missed and hit a wall. Her claim was that the phone simply broke.

Phone Theft from the Skies

On Barry Island Beach in Wales, a woman was out walking her cocker spaniel when she swears that a seagull swooped down and snatched her Samsung Galaxy phone right out of her hand, and then flew off into the sky with it, never to be seen again.

So if you have been having a cell phone or other troubles lately, you no doubt feel better now that you may have a pretty bad, but certainly not worse than any of these crazy mobile phone insurance claims had it when their cell phones stopped working.