30 Innovations That Changed The World As We Know It 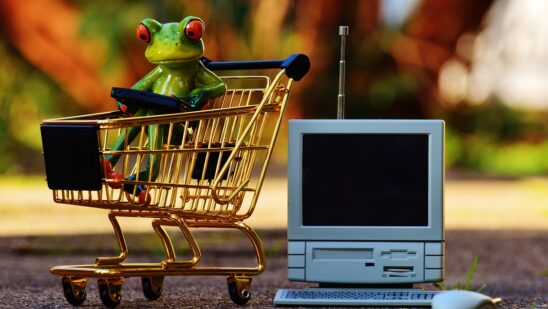 Just imagine all the ways in which the world has changed in recent decades or centuries. The change is really overwhelming. The high-tech innovations have surely created change, and some will revolutionize this world in the near future. Here is a list of 30 innovations that changed the world:

People no longer have to worry about not being able to communicate with those who are far away. They can chat with people across the world in real-time.

Instead of picking a book off the shelf, people will download their favorite novels on Nooks and Kindles. We are not saying the publishing industry as we know it is doomed but!

Will people stop frequenting their favorite coffee shops when they can make the brews at home? These devices make amazing java, and they’re no longer a secret.

People are already sharing information and pictures in ways they never have before, and Facebook shows no signs of stopping. First Instagram, and now Metaverse.

As home security systems grow bigger and better, there could potentially be changes in certain crimes – especially since response times are better than ever and there are many more home security services out there to increase the security of your home in this day in age.

Clearly, the Internet has had a huge impact; however, now more and more people are starting to utilize the internet for more and more of their lives – dating, banking, entire careers, friendships, for example. What’s next? Parenting?

In addition to working online, people can also earn entire degrees online – even advanced ones! What’s next, online internships?

No matter how small your bag is or how far you have to go, it’s possible to bring your computer along with you and work on that blog every day and everywhere.

From alerting you to your daily list of activities to playing games with friends, Smartphones are quite the little robots. We think they can do everything, but imagine what they’ll be like 5 years from now. Check out “Facebook RayBan” and you’ll know what we mean.

It doesn’t really matter where you are anymore; you can connect to the Internet. But will we eventually get to a stage in history where the entire world is Wifi-ready?

Will people stop getting lost as much as more and more cars have GPS systems in them? Likely, but more importantly, more and more are becoming contingent on GPS – think of apps like Grindr to FourSquare – this is just the beginning!

With alerts that go off when individuals drive too fast or away from a particular zone (geofencing), parents can really monitor team drivers, and people can live their lives with less stress and more safety. Not only are tracking devices used in cars, but also in vehicles such as trucks. If you manage a large fleet of trucks, for example, GPS fleet vehicle tracking could come in handy, so you can be in control, no matter where they are.

If a lost pet with a microchip implant is found, a vet or shelter can scan the microchip to find out where he or she came from. It’s only a matter of time before these become standard devices for all our furry friends.

Thought the last one was cool? Well, when a pet has a GPS collar, the owner can constantly track where he or she is.

Here’s another one that is already making the bridges between people much smaller, and as email gets more and more integrated into e-commerce, the possibilities are endless.

With the presence of these tests, doctors can find medical problems earlier than ever. As we speak, more and more innovations in safety & accuracy are being discovered!

When a person has tumors, this non-invasive surgery has become an amazing, sometimes life-saving, new option out there. Pricey now, but likely affordable a decade from now.

Whether it’s laser hair removal or electrolysis, smooth skin is within reach for anyone now, regardless of budget or burden.

With the world of online shopping growing at a huge rate, people wonder what will happen to traditional stores, and for good reason. Online establishments are proving time and again that they need half the overhead and bring in double the profit.

It’s no surprise that post offices are starting to figure out how to beat the popularity of online news, but will all their efforts pay off?

People from across the country and all over the world can communicate with each other as they play now, resulting in new means for friendships and even romance.

The average person has the opportunity to become a prolific seller on places such as eBay, and many have discovered the secret to cashing in on the goldmine that is eBay and Amazon, so much so that regular careers are no longer even necessary!

Employers no longer have to worry about time cards, honesty, or lawsuits from employees with these devices – something that will likely pervade many other industries and sectors soon!

From professionals to those starting out, everyone has the chance to share pictures with the world, and blackrooms are quickly becoming a thing of the past.

When people book a reception hall for an event, they are now able to give it a bit of extra special flair, something that party planners of yesteryear would die for!!!

People used to worry about submitting their credit card info online, but now they can swipe it on their own computers with relative ease, and become merchants ready to accept plastic anytime they have a big idea!

It seems that people barely have to go into banks anymore, with ATMs found everywhere. For us in the western world, this is old news, but even in countries like India and Kenya, you’re starting to see legitimate ATMs on every corner!

To piggyback off number 27, people can now deposit checks through their phones! It’s a piece of cake, and more and more banks are happy to help their clients out with this new trick.

People are now able to live long lives with these diseases, both of which used to be known as death sentences.

It’s becoming more and more possible to live green lives with solar power, and these once high-tech devices are on their way to becoming standard, everyday tools!