Worst Breaches Of Security In History 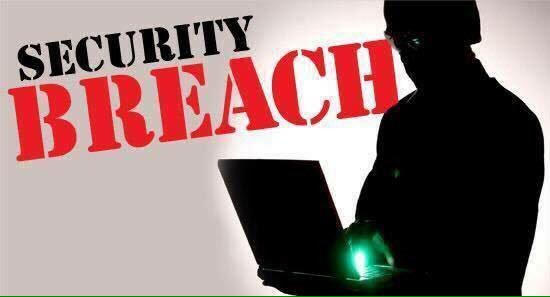 Over the course of the past couple of decades, the Internet has transformed into a tool that everyone uses on a daily basis. As a culture, we use the Internet to retrieve information, conduct research and communicate with one another and many use it to generate income. We’ve actually grown to be so dependent on the Internet that it’s possible if we couldn’t connect for a few days, our lives would change drastically. As long as the Internet has been around, there have always been hackers trying breaches of security of various networks through every possible mean. And on the opposite end, security experts have been working on network evaluation for making the networks safe from attacking hackers. As technology has gotten smarter and more advanced over time, so have hackers and their security breaching methods. Here’s a look back at some of the Internet’s worst breaches of security in network security history.

At number five sits the breach of the Sony PlayStation Network in April 2011. When this online gaming and mobile service experienced a service outage, users couldn’t even anticipate the problems Sony was facing.

Back in 2006, AOL made the news by mistakenly releasing a file with search data of over 650,000 of its members. This enormous mistake leaked these users’ social security numbers and addresses, making identification of the random ID numbers associated with the members no problem for hackers.

While AOL pulled down the file immediately, information spread quickly and there was no turning back.

What happened in December of 2006 to 94 million of TJX Companies’ most loyal customers is an unforgettable moment in online breaches of security in history. Suffering from a computer breach that stole credit card, debit card, and cheque information, TJX experienced one of the worst retail hackings in history.

Visa alone reported at least $68 million worth of fraud-related losses, and that’s only a part of the entire damage.

In what is said to be one of the most “sophisticated” attacks in history, December 2009 marks the hack on Google and at least 20 other companies. Originating from China, hackers were able to access Gmail accounts of Chinese human rights activists and unspecified intellectual property.

The cause of this attack was said to have been due to a weakness in an older version of Internet Explorer which was used to gain access to Google’s infrastructure.

Finishing off at number one on the list is the alleged September 2012 security breach of GoDaddy. The popular website hosting service experienced a six-hour outage that left millions of customers, small and large businesses, without websites and huge losses in sales.

This recent and controversial event is although not officially acknowledged as an attack, GoDaddy has insisted that the outage was due to a faulty router which initiated a chain of internal server errors. But on the other hand, strong speculation ensued that the outage was in fact caused by an anonymous group of hackers using a distributed denial-of-service attack (DDoS).

Despite the cause, these errors in their system caused an uproar of attention on social media and throughout various news channels. This moment caused GoDaddy their reputation and a lot of their customers, making it one of the worst breaches of security in networking history.

These top five worst breaches of security in history are only a small portion of what’s happened over time. With that said, technology improves and security gets stronger which leads to fewer mistakes and fewer security issues. But will we ever be completely immune to security issues? That’s a risk we as Internet users will just have to take.