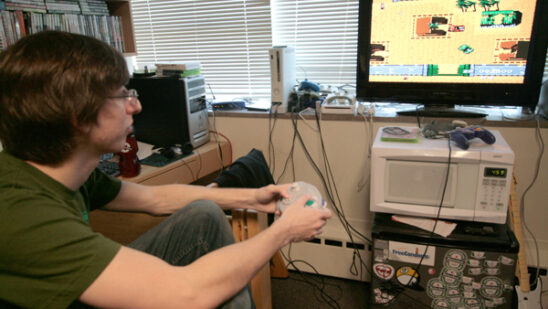 College students who are looking to take a leisurely break from their studies will often turn to playing video games as a convenient source of entertainment. These games are not only good for amusement; they can also keep the mind active by challenging players and prompting them to use their problem-solving skills. Here are a few of the most popular video games among college students:

Action and suspense are the two most accurate characteristics of this game. The quest to survive is paramount as players try to navigate their way through dangerous levels while shooting zombies.

A fictional town in Africa provides the setting, where bioterrorist activities wreak havoc. A customized soundtrack adds to the heart-pounding trepidation of the game.

This captivating game allows players to step into a huge fantasy world and choose their own characters, spells, and weapons. Players must try to defeat a dragon god who is destined to destroy a futuristic fantasy world.

Detailed depictions of rolling clouds, majestic mountains, and vibrant cities are featured as part of the game’s settings.

Sports fans will be able to enjoy this exciting game by playing a virtual game of baseball. The game has been given a truly authentic feel with simulated broadcasts and a soundtrack with songs by some of the most popular current music artists.

The game even lets players play against other competitors around the world at no extra cost.

This interactive game lets students start their own dance parties while providing physical activity and challenging the mind. Players attempt to mimic the dance moves of the on-screen dancer and score points for each correct move.

One mode in the game will call for the elimination of a player from the round if they do not score enough points. There is also a practice mode for players who just want to brush up on their dance moves without keeping score.

Students can unleash their inner rock star by jamming out on the guitar included in the game. The objective is to identify notes and chords displayed on the screen as a song is in progress and correctly play them by pressing the colored frets on the guitar.

Players score points if they play these notes and chords accurately. Many of the featured songs are classics from some of the world’s greatest bands.

This classic Nintendo game has gone through many different updates throughout the years. The goal of the game is to race in go-karts against fellow characters from the Super Mario Brothers video games.

Players can use certain objects and techniques to sabotage other competitors. College dorm mates can even race against each other, providing the ultimate competitive experience.

Any of these video games can provide a fun addition to college life. Most of them are easy to play with and are the perfect pastime in between classes and studying. Video games can help college students momentarily escape the stresses of academic life and step into a world of fantasy and allure.