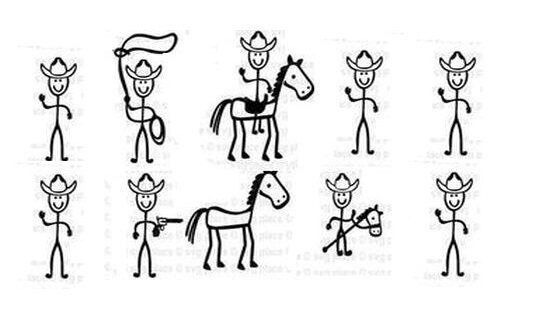 Cowboys have found their way into every form of entertainment and art, so it’s no surprise they’ve inspired a host of cartoon characters. Here are the top 5 cartoon cowboys that have captured the imagination all over the world. 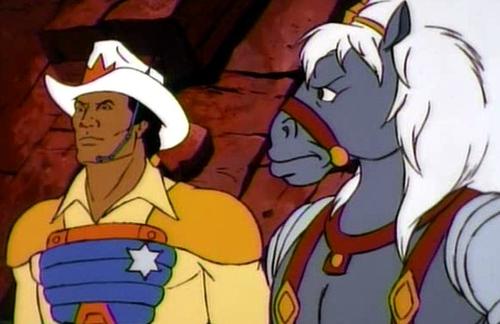 On the planet of New Texas, is the frontier outpost of Fort Kerium. Fort Kerium is a crystal used for powering starships, which brought many prospectors to the planet, and a lot of outlaws. Marshall BraveStarr was drafted in, a man with animal spirit powers; the ears of the wolf, the eyes of the hawk, the speed of the puma, and the strength of the bear.

Along with his techno horse Thirty/Thirty, who can stand on two legs and fire a cannon called Mary Jane, BraveStarr fights the forces of evil. This mid-80s cartoon series was the last produced by Filmation, who had previous success with The Real Ghostbusters and He-Man and the Masters of The Universe. 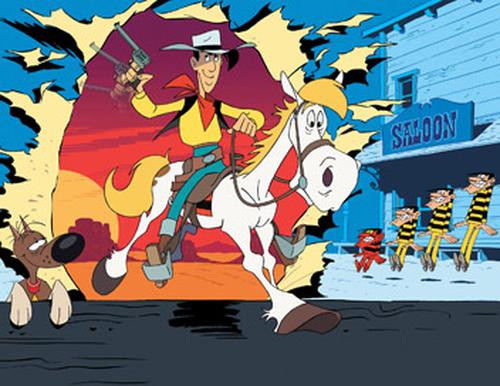 Lucky Luck is a pastiche of gunfighter stories that became popular during the 40s and 50s. Belgian artist Morris worked in collaboration with many writers, including René Goscinny, the writer of another popular strip hero, Asterix.

Lucky Luke would embark on adventures in his famous white hat and cowboy boots, often whistling into the sunset when the action was over. Morris passed away in 2001, however, Lucky Luke still rides in to save the day, continuing the story that began in 1946. 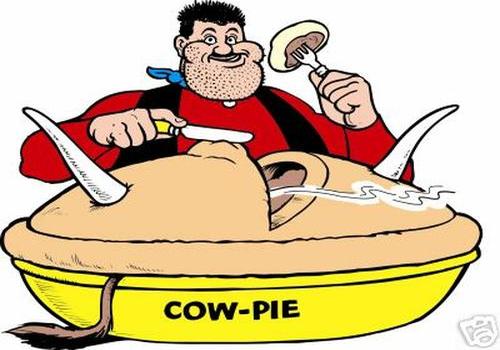 As with Lucky Luke, Desperate Dan has longevity that continues today. Desperate Dan first appeared in the pages of The Dandy in 1937. He can lift a cow with one hand and has to sleep on a bed of rubble because he’s so strong and tough.

In fact, even his beard is as strong, as he needs to shave with a blow torch. He has gone through various changes over the years since he was originally drawn by Dudley D. Watkins, but he’s still loved by millions. The big softy! 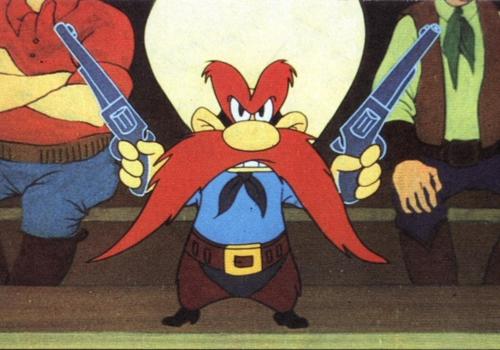 Yosemite Sam is a red-headed, fiery-tempered, short gunslinger who never gets things to go his way. Created by Friz Freleng in 1945, Yosemite Sam was created as a hapless foil for cartoon wiseguy Bugs Bunny.

Although he was often seen bedecked in cowboy boots and a ten-gallon hat to accentuate his small frame, Yosemite Sam has always appeared as a pirate, a prison guard, a royal cook, a Roman legionary, and more besides. Curiously, he always wears his black bandit mask no matter what guise he’s seen in. 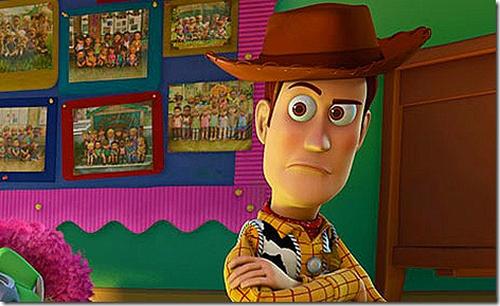 There’s no doubt that the Toy Story franchise is one of the most successful in animated cinema history. There’s something about the appeal of the toys that come to life that works with children and adults. This success has a lot to do with the film’s intelligent scripts, but also its lead actors, with Tim Allen voicing space toy Buzz Lightyear and award-winning actor Tom Hanks as cowboy doll Woody.

It’s believed that Paul Newman was originally approached to voice Woody, but it’s hard to imagine anyone other than Hanks playing the lovable drawstring cowboy.

Did you like our list of the top cartoon cowboys of all time? Let us know your thoughts in the comments below!