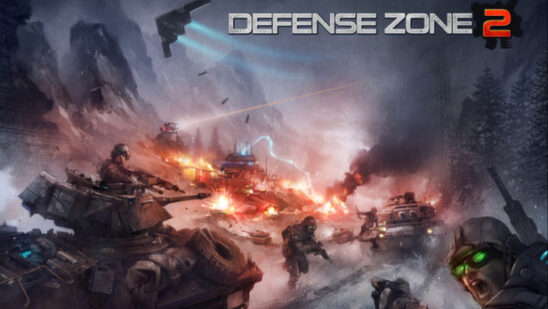 Defense Zone 2 HD is a new game for the Android platform that has leaped onto the scene and is showing strong numbers in its popularity. It is the 2nd installment of the Defense Zone franchise, and while it is a game that is pretty much built solely for mobile devices it is extremely entertaining and does not skimp in the graphic department.

Tower defense games are extremely popular on smartphones and tablets. A tower defense game is a game in which you, the player, will fight against the enemy in order to keep them pushed back behind your borders. There are many ways that you can stall these enemies. You can either build or block the enemies completely, or you have to defeat them through weapons, magic, or special strategy.

It takes a lot of strategic planning for not only are there multiple levels, but each level has a variety of difficult skills which you can play. The 2nd installment of the Defense Zone game takes everything that you loved about the first game and just makes it bigger, better, and a lot more challenging.

It is a great game no matter what your gamer level may be. There are easier difficulty ratings for those gamers that may just want to play the game to be entertained here and there, or there are much higher difficulty levels for those serious gamers.

DZ 2 offers high-quality graphics that are not always present on mobile apps.

People seem to really love this new installment of an old favorite. They love the much larger variety of weapons, and the improvement on the graphics did not hurt either. It is an addicting game that is challenging enough to keep you entertained but is not too difficult that you eventually give up.

The DZ 2 has received an overall rating of 4.6 out of 5 stars after over 300 reviews. That is a strong ranking, especially when almost 250 of those are solid 5-star ratings.

The newer versions of the Defense Zone 2 had errors with loading, but make sure you have downloaded all of the updates, for this was an issue that was fixed in one of the later updates.

The game has had several updates since its release, and the game seems to keep getting better with each and every update. The 13 levels should be able to keep you busy for a while, and you can steadily increase your difficulty level as you become an expert at the game.

The price for Defense Zone 2 is around $5 for the new version. You can purchase the original Defense Zone for around $3. Both offer excellent gameplay and have the potential to entertain you for hours or in short spurts. It is available through the Google Play Store.