Home » Technology » Rare Earths: The Cornerstone of the Tech World

Rare Earths: The Cornerstone Of The Tech World 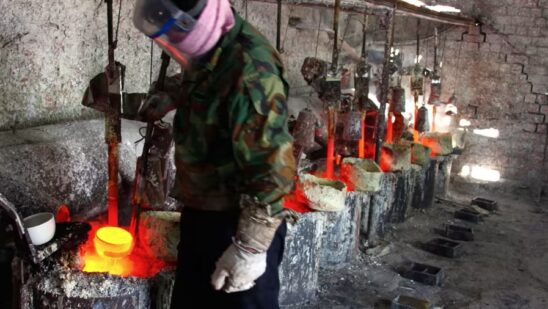 Rare earths; Despite the name, this has nothing to do with planetary systems. Rare earths are an abundant set of seventeen elements on the periodic table. They are essentially Earth metals and are absolutely essential to our modern technological lives. Many of these were first discovered and subsequently named in Sweden. While the USA used to be the world’s largest miner of rare earths, 97% of these are now mined in China. Many countries have rare earth ores but are hesitant to mine them as the mining of these elements is dangerous.

The rare earth elements are often toxic and can emit radioactive particles. Furthermore, in order to produce 1 tonne of rare earths, 300m² of topsoil is lost. China has more lenient regulations with regard to this practice which accounts for its global dominance in rare earth extraction.

So what do these elements do for us? The answer is a lot. Everything from awesome mobile devices, to vehicles, laptops, and wind turbines depend on these elements.

Lanthanum, symbol La and atomic number 57, is an essential component for the camera and telescope lenses and has been especially useful for the movie industry where it is used for studio lighting and projection. Lanthanum is also a critical component of hybrid vehicles.

Praseodymium, symbol Pr and atomic number 59, is used as an alloying agent with Magnesium to create high-strength metals for aircraft engines.

Cerium, symbol Ce and atomic number 58, is the most abundant of the rare earths and is a key component of catalytic converters as well as petroleum refining.

Gadolinium, symbol Gd and atomic number 64, has no large-scale uses as with other rare earths but is in a number of specific applications such as X-ray and MRI systems and helping to target tumors in neutron therapy.

Yttrium, symbol Y and atomic number 39, is commonly associated with the rare earths despite being located in a separate area of the periodic table. Yttrium has similar properties to rare earths and is a key element in generating images on televisions and computer screens. It is also used in vehicle spark plugs and modern lasers.

As with Silicon and computer technology, rare earths are a limited resource, and although abundant now, will eventually be depleted and alternatives will be required. The ethical question remains if the health hazards attached to the mining of these minerals take priority over the need for them in our modern lives.