How Much Copyright Pirates Really Pay 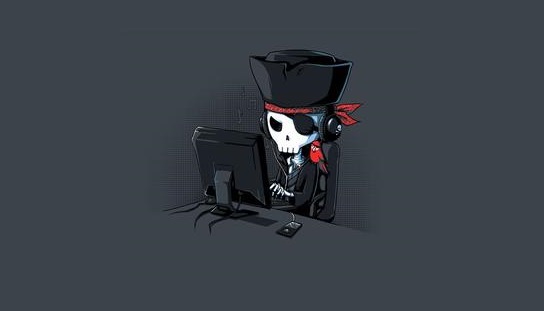 Thinking about piracy and copyright may bring to mind individuals who happily troll the internet, looking for free files they can then share with millions of people. Most people think these copyright pirates never pay a thing for the movies and music they obtain and then distribute. But new research is bringing to light the truth about the digital pirate.

What’s interesting is that physical music sales are indeed dropping. But while the music industry is blaming digital piracy for this huge loss in sales, there is evidence showing that those who indulge in pirating are actually spending more money than the average music consumer on digital music.

Piracy in the U.K.

When research group Demos surveyed over a thousand people between the ages of sixteen and fifty in the U.K., they discovered some interesting information. Of those surveyed, one in ten admitted to engaging in file sharing. But those that admitted to illegally downloading music said they spent over $120 dollars on music every year.

Interestingly, those surveyed who said they didn’t use peer-to-peer networks said they spent approximately $72 on music yearly, almost $50 less than those who downloaded music illegally. More perplexing is the fact that seventy-five percent said they were willing to pay for tracks if those tracks were affordable.

The same was found to be true with pirates who dealt in movies, and not music. Actually, the numbers here are even more fascinating. Those who both consumed pirated movies and purchased them legally (called ‘hybrid’ pirates) actually spent more than those who didn’t pirate any movies at all.

In a three-month period, hybrid pirates spent around sixty pounds on movies, compared to those 100% pirates, who spend under thirty pounds.

What it All Means

So what can be gleaned from this research? Basically, the most engaged consumers of digital goods are those ‘hybrid’ pirates who both download illegally and purchase digital goods. The bottom line is that they purchase a lot of content, and when they can’t afford to, turn to illegal downloading and file sharing.

Many say that the elimination of digital piracy is the solution to dropping revenues. But would the revenue issues still exist regardless of whether digital pirates were eliminated? Many say yes. And that leads to questions about the kinds of punishments that would be effective. Experts say that harsher punishments for eliminating copyright piracy wouldn’t be effective. Instead, they suggest that companies understand what their customers need and then take down any barriers to the legal consumption of digital goods.

Others suggest that the offering of more unrestricted music services would cause piracy to decrease. With consumers already paying for digital music, and often more than the average consumer, they say that file-sharing behavior indicates that consumers want access to digital music more than ever before.

It seems as though the legal ins and outs of file sharing and digital piracy will be debated on an ongoing basis with no end in sight. More and more, it seems that digital piracy is revealing more facets than ever, even being considered a catalyst for movements like free speech, the elimination of censorship, and exposure of corruption.