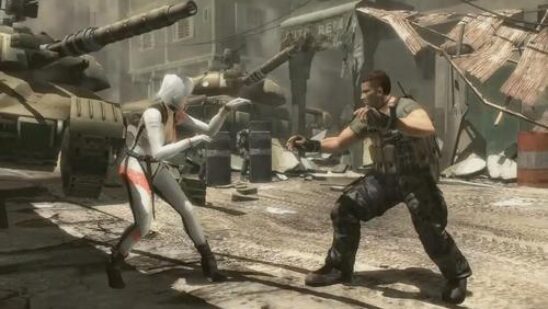 Dead of Alive (DOA) has been around for quite a while, but the latest installment has really been created to impress. Each of the fighter series games is known for something specific. DOA has always been known as a game that has an attractive cast of characters that are ready to fight to the death. It is not like Mortal Kombat where you have characters that are covered up or monster-looking. The characters are built to be attractive, so it appears as almost if models are fighting each other – it was one of the main reasons the game was called the best fighting game at Gamescom 2012 by various gaming blogs.

DOA 5 retains all the attractive characters that all of the previous installments are known for, but the fighting sequences have been greatly improved in the new installment. The DOA franchise has never skimped on the graphics for the scenery. It has always been a colorful game, and DOA 5 is no exception.

The storyline is quite entertaining even throwing in some humor throughout the gameplay. The actual combat gameplay flows extremely well and will keep you entertained.

DOA 5 is an excellent fighter game. It is still not quite in the range of a Street Fighter type of fighting game, and it could take a lesson or two from Mortal Kombat for added power meters to the gameplay, but overall the game is extremely entertaining and fun.

The nice part about DOA 5 is its interactive settings. The backdrop to your fighting area actually comes to life during the fight sequence. Sometimes it only affects the gameplay when touched by one of the fighters, and other times certain aspects of the environment will integrate into the fight sequence.

The most beneficial part of the DOA 5 experience is that it is not difficult to learn. You will be able to quickly pick up the moves and controls and be prepared to fight stronger fighters in no time.

It is not like the polishing nails move that many have to pull on the remote as they do with games like Tekken, Street Fighter, or Mortal Kombat. It is meant to be a game that is light and easy to pick up but will still provide you with all of the fighting that you desire.

Overall the DOA 5 game has been well received by the gaming community and fans alike. Most gamers love the fact that the game almost looks like the cast of Baywatch has gone and learned some Kong Fu moves. It is true that the women of the DOA series have always been extremely attractive and rather curvy in all the right places, but do not let this throw you off.

The game still holds a lot of fighting techniques which is extremely entertaining for anyone that loves to throw down on their video games.

The bright colors and the attractive fighters might throw a few people off, but overall avid gamers find this game extremely entertaining. There are a couple of things that people agree with across the board that they would work on and that are the educational tutorials & the playback mode. These are such small parts of the game that it does not take away much from the overall gameplay.

DOA 5 does not fail to deliver the things that have been so loved with the first 4 installments, and yet still manages to make it a little bit better overall. It also has the feature to be able to play online, so you do not have to sit right next to the person you are challenging. It is definitely worth a try, you will most likely not be disappointed.