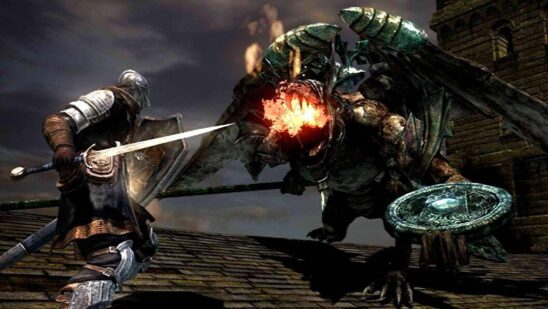 Dark Souls has finally made it to the PCs last month! Developed by the Namco Bandai group, the game was initially released for consoles. And on August 24th, the title finally made its way to the hands of PC gamers. The game that is known for its challenging missions and levels rolls out as the sequel to the earlier hit Demon’s Souls. So, let’s check out what the game offers.

Dark Souls is an out-and-out fantasy game that offers abundant dungeons and dragons’ visuals and environment. Dark Soul’s storyline and concept are more like a Jigsaw puzzle! The plot and the concepts are scattered throughout the game and the plot is told through the dialogue of characters and through cut scenes. It is all up to the players to fit in every bit of the story and interpret it.

The game illustrates the beginning of the universe when the world is still at its formation stage. An age where the dragons dominated the Lord of Fire and the human race. From darkness and a lately kindled fire, arise four strong and powerful races or entities – Nito (the first entity of the dead), the Witch of Izalith, Gwyn – the God of sunlight, and the Pygmy. Players take up the character of an Undead, who learns the prophecy that the one to escape the undead asylum and sound the bells of awakening in a deep interior forbidden city is the chosen one to bring back the age of wellness and peace.

The protagonist decides to turn the prophecy into a fact and sets on an epic journey. He escapes the asylum with a fellow undead and eventually rings the bells of awakening. The sounds from the bell open up a fortress gate, which is resided by a serpent Kingseeker Frampt. He informs the undead that he is the one who has to endure Gwyn and defeat him and the series of tasks and missions briefed by Frampt forms the rest of the game.

The game-ending is decisive and is up to the player to make the final move. They can either choose to compromise the protagonist’s life to rekindle the fire and sustain the rule of well beings or allow the fire to fade gradually and burn out.

Gameplay in Dark Souls is quite intriguing. The game is set in an open-world environment, which allows the player to travel freely and explore various places. There are several balefires scattered across the region which act as a checkpoint and as a resting places for the character. Resting in a balefire revives any defeated bosses and enemies and simultaneously revamps healing powers, health, and other player attributes. Players may choose to play as a human or as an undead. Getting defeated when in human form, takes the players to the undead. Also, playing as undead disables the balefire feature and the power to call in other players for help.

The game’s challenging combat and difficulty level pave the way for attaining several rewards and other in-game offerings (also penalties). The game rewards its players with souls upon defeating an enemy and the quantity of souls rewarded depends on the enemy’s toughness level. The game also awards players with humanity that helps players to unlock several inventories and re-kindle balefires. The player loses all his accumulated soul and humanity points when he dies or is taken down by an enemy. The only way by which he can recover the lost points is by reaching back to the point he was defeated and recollecting it. Failing in this will result in the player losing all of his soul and humanity points, once and for all!

The game also offers a gripping multiplayer gameplay option, where the users can actively participate in several Player Vs Player modes. Also, it offers real-time interactions with fellow players and even has some cooperative missions to its credit. Players can invade the worlds of other players, induce a fight, or reach a specific spot that acts as an unclaimed battlefield for online players. 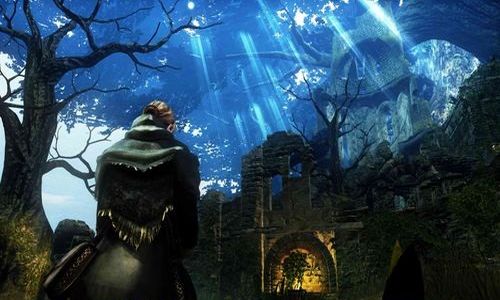 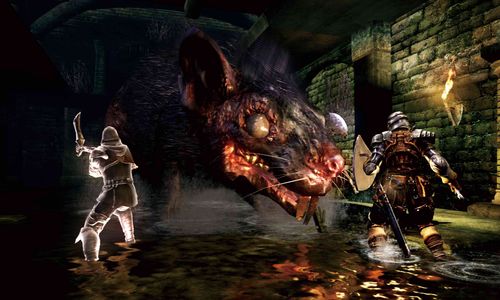 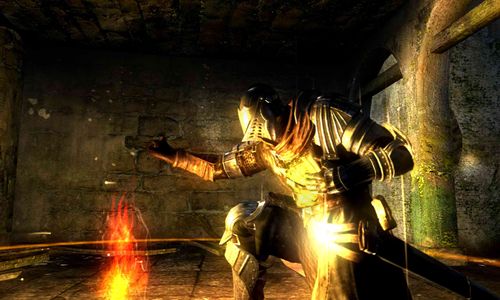 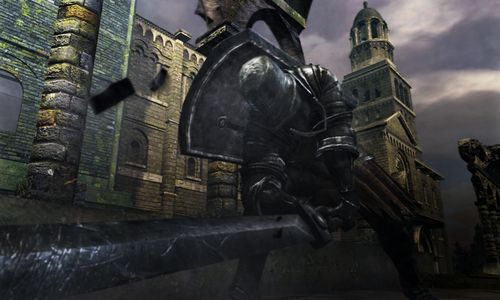 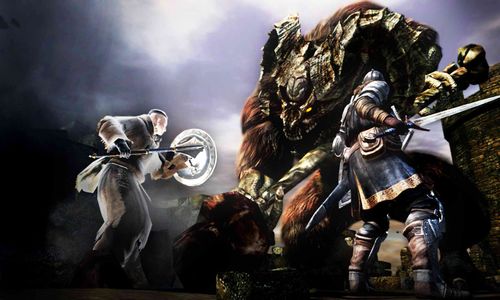 Dark Souls offers some stunning visuals of dungeons, dragons, witches, and wizcrafts. The fantasy world has been depicted quite impressively with some stunningly rendered environments and arenas. Kudos to the art director and his crew!

To be honest, Dark Souls leaves you with an impact. It brings in the flavors and essence of a fantasy game, despite sticking to reality. It shows you how to fight, how to conquer, and how to survive against all odds. Though the gameplay and the combats are quite difficult, those are the things that make the game actually work. With such a brilliantly woven storyline and amazing gameplay, the game truly deserves a Thumbs up!