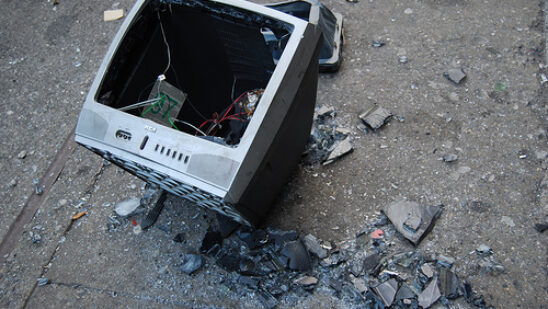 Game shows have been television favorites for over half a century. Ranging from fun, and family entertainment to edge-of-the-seat suspense-filled drama, they continue to fascinate people around the world. Their enduring appeal is due to a combination of factors: audiences enjoy pitting their wits against the contestants, watching people perform under pressure, and taking heroic or foolish gambles to secure tantalizing prizes. Here we take a look at the biggest TV fails featuring game shows:

Some 75 people failed to get beyond the first question on “Who Wants to Be a Millionaire?” and were left with nothing, wishing they could crawl under a rock and hide from the world’s gaze. For Chase Sampson, a student who appeared on the US version of the game hosted by Meredith Vieira in October 20007, his 90 seconds of shame lives on, courtesy of YouTube.

“Homeowners buy surge protectors to protect their possessions from unexpected surges of what?”

Tragically, he responded with:

On “Mastermind”, originally hosted by Magnus Magnusson and later by John Humphrys, Kajen Thuraaisingham suffered a crushing humiliation in 2010 when he got the lowest-ever overall score of 5 points, including 4 points for his specialist subject.

In 2004 Tara Palmer-Tomkinson and Arabella Weir were two celebrity contestants to win a similar distinction.

Drama and anguish followed Brittany Mayti and Gabe Okoye’s answer on the US “Million Dollar Money Drop”, hosted by Kevin Pollak in 2010. They were told that their answer about Post-It Notes was incorrect, and they lost $800,000. It was later admitted by the show that they had in fact given the right answer.

Ken Basin was the first US contestant to lose the chance of winning $1.000.000 on “Who Wants to Be a Millionaire?” hosted by Regis Philbin in August 2009. The question was about President Lyndon Johnson’s choice of drinks, Ken Basin opted for the wrong one and lost $750.000.

Jack Barry hosted Twenty One, a popular US game show, where Herb Stempel became the show’s champion for the six weeks prior to December 1956, when he lost; later emerged that he had been coached by the director and then told to give the wrong answer. It was a hoax.

In September 2001 Major Charles Ingram won the jackpot “Who Wants to Be a Millionaire?”, hosted by Chris Tarrant. His joy was short-lived; the payment was suspended and he was found guilty of deception, together with his wife and Tecwen Whittock, an accomplice. The recording of the program showed that he had cheated.

Ingram and Whittock received suspended prison sentences and, together with Diana Ingram, were ordered to pay substantial sums in costs and legal fees. He lost a good deal more on top of that, he had to resign from his army commission and lost his pension.

Survivor and Big Brother hit the screen at the start of the Millenium and became a huge success, allowing ordinary people to be propelled to instant stardom. Their popularity declined and various “celebrities” were brought in to boost ratings, but the public has grown tired of the format and it is debatable as to how much longer they can continue.

Quiz-based shows continue to endure, with “Mastermind” and “Who Wants to Be a Millionaire?” still attracting large audiences.