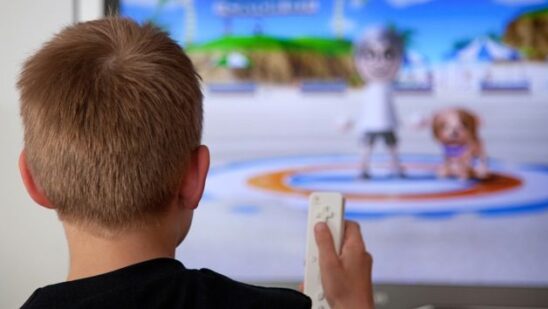 We looked back on the best family games for Wii that we tried out this year. In case you missed any of the best Nintendo Wii games for families mentioned below, we suggest you grab a copy and give it a shot:

Donkey Kong’s back. Not throwing barrels down platforms as in the old gaming days. No, he’s tearing through over 70 levels out in the wild jungle.

With a new co-op mode, a friend can join in to play Diddy Kong as you work together to overcome the dangers of the jungle, solving puzzles and finding secrets along the way.

Zumba Fitness Core helps you work out through dance, you can cut loose with family or friends and create your own fitness goals.

Even better, 5 of the in-game instructors are real people using Zumba to help others, including people suffering from serious diseases like Parkinson’s and Cancer.

The Nintendo Wii console lets you brawl with family or friends without anyone getting hurt. With over 30 familiar characters in Brawl mode and hundreds of moves to be mastered, it’ll keep challenging you as you fight fight fight through dozens of locations.

Sometimes villains aren’t satisfied with kidnapping princesses and take it further by kidnapping their entire castle and transporting it into space.

Run through never before seen worlds on your Nintendo Wii console with family or friends to rescue Princess Peach.

Explore the magical world of Skylands as you struggle alongside family or friends to keep Skylands safe.

There are dozens of characters to play as you take on the villain, KAOS, by unlocking new powers to defeat the evil tyrant.

The Wii version of Super Mario Brothers sends you off on a new quest to save the princess from her party crashers.

Super Mario Brothers have always been a top-selling video game, and the tradition continues on the Nintendo Wii console.

Mario Kart’s been one of Nintendo’s most popular games for a long time. The latest version of their famous racing game is compatible with the Wii Wheel, features 16 new courses, adds online play, and features many of Nintendo’s most recognizable characters.

Just Dance 4’s the latest in the dancing/fitness series. It has dozens of new tracks, quests you can do for each non-downloadable song, the new Battle Mode, personalized dance fitness routines, and a calorie counter.

Our list cannot be completed without mentioning these Wii titles too:

What names come to your mind when you think of some best Nintendo Wii games for families? Share your thoughts with us in the comments section below!