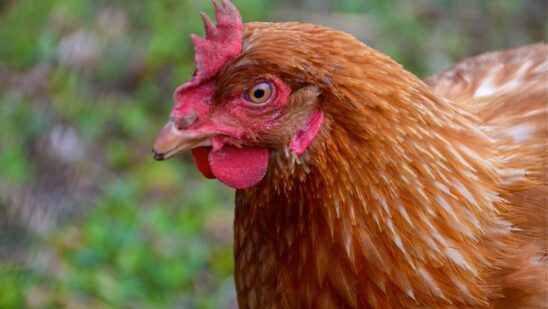 We human beings are undoubtedly true animal lovers with the majority of homes owning a pet or two whether it’s dogs, cats, rabbits, hamsters, guinea pigs, fish, and even chickens! But how much do we know about our feathered friends? There is a lot more to chickens than meets the eye – check out these 22 interesting facts about chickens:

Although you rarely see a chicken fly, they aren’t completely flightless. If they’re able to get airborne enough they can make it over a fence or even into a tree.

There are over 33 billion chickens in the world; there are more chickens than there are of any other bird species.

The chicken breed has survived for over 8,000 years now; this is quite rare for a wild ancestor of a domesticated animal.

The rooster is one of the 12 animals in the Chinese calendar. If you’re born in the year of the rooster you’re said to be a very sociable person who is very accomplished and courageous.

In many folk tales, it’s believed that the devil will flee at the first sign of a crowing cock.

The rooster is seen as a true gentleman of the animal world because when he finds something good to eat he will often call out to the hens so they can eat first.

In Islam, it is believed that a cock crows when they have seen an angel.

Chicks can communicate with their mothers whilst they are in the egg. They can hear their mother’s calls and will understand them when they’re born.

The average chicken can live between five and eleven years.

Chickens are omnivorous. They will eat grain and seeds, fruit and vegetables as well as insects.

A chicken’s heartbeat is incredibly fast-beating 280-315 times a minute.

You can get chickens to lay more eggs each day if you can alter the lighting to make them believe there are 28 hours in the day instead of 24.

To attract a mate, the rooster will perform a special dance.

Chickens, like people, are very sociable and in their lifetime can form very strong friendships with each other. They will also avoid strange chickens they don’t know.

The fear of chickens is called Alektorophobic.

Chickens are the closest living relative of the Tyrannosaurus Rex.

Chickens can crossbreed with turkeys with the resulting offspring called a ‘Turkin’.

Chickens can be pretty quick on their feet when they want to be, covering up to nine miles an hour.

The largest number of yolks found in one chicken egg was nine.

The largest chicken egg ever recorded had a circumference of 12.25 inches and weighed an alarming 12 ounces.

There are more chickens on earth than there are humans with China being home to over 9.3 billion chickens alone.

This sums up our list of 22 interesting facts about chickens. Did we miss any interesting chicken facts that you know of? Let others know in the comments section below!