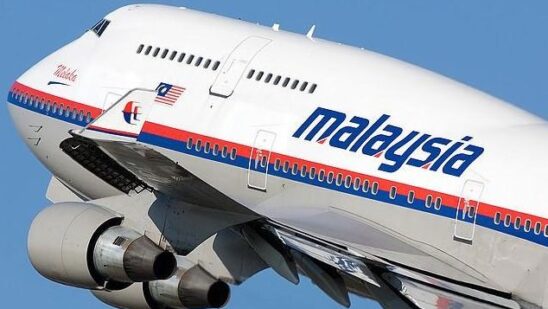 It is an enigma like no other. The 8th of March 2014 marked the birth of an astonishing mystery as 12 Malaysian crew members, 227 passengers from 14 different nations, and the entire 9M-MRO aircraft accommodating the passengers disappeared without even the slightest trace. As the vanishing of the aircraft raised more questions than providing answers, it truly showed how little humans know despite all the latest gadgets and technology. The following are a few of the most interesting facts about Malaysian Airlines Flight 370 that you need to know: 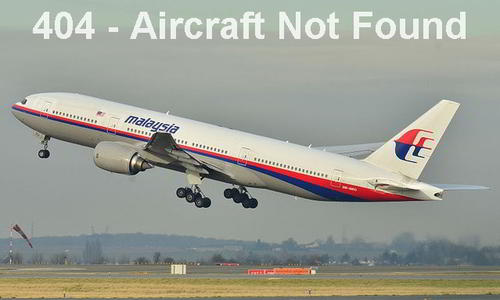 Another interesting finding that further mystifies the already mind-boggling riddle is the fact that the Boeing aircraft used for Flight MH370 was the 404th-produced Boeing 777.

Although it may not sound to be strange in any sense to you for any web junkie it’s a shocking fact, because 404 is an HTTP response code that is used for something that can’t be found (in simple words, when a server can’t find some online resource then the server returns a 404 response code to the browser and the browser shows a 404 error).

The online opinion is divided on whether it’s just a coincidence or a part of some larger conspiracy. 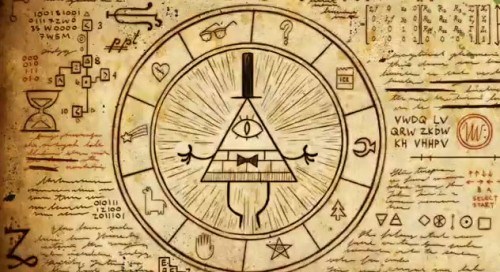 Out of the dozens of conspiracy theories out there regarding the Malaysian Airlines Flight MH370 — ranging from aliens, Edward Snowden, and black holes to the abduction of some chip experts by Iran or China — the most interesting conspiracy theory is the one about the song “Get It Started” released by Shakira and Pitbull two years before the disappearance.

The song has lyrics – or subliminal messages as theorized by many who believe that the Illuminati has involvement in the situation – which hint towards the mystery such as:

The lyrics are suggested to be hinting at the Iranian passenger named Ali (who probably bought the tickets for the two Iranians that boarded the plane) and the stealing of two passports from an Austrian and an Italian which were then used by the two Iranians to board the plane.

11. The Pilot Had a Homemade Flight Simulator 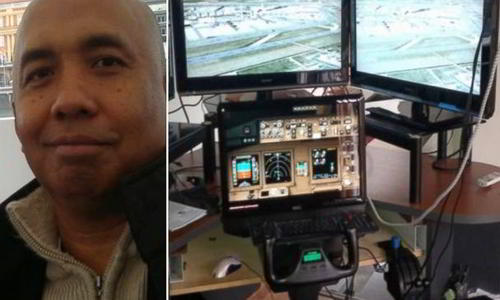 Things took a drastic turn when it was discovered that the flight’s pilot Capt. Zaharie Shah had a complete homemade flight simulator.

Given the technical nature of the task to divert the flight course, the pilot was suspected of possible foul play. However, further investigation by the FBI into the matter didn’t reveal anything suspicious and no crew member has so far been accused of any criminal activity. 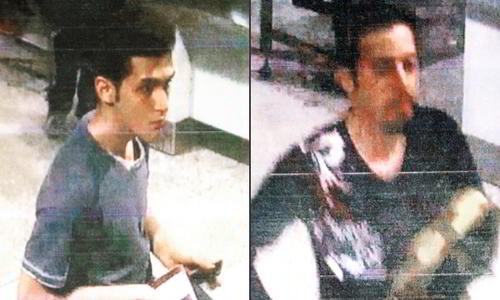 As per Interpol, two Iranians — Pouria Nour Mohammad Mehrdad and Seyed Mohammed Reza Delavar — boarded the plane with stolen passports. Given their Iranian nationality and their use of stolen passports to board the plane, terrorism was quickly speculated to be the reason for the vanishing of Malaysian Airlines Flight MH370.

Further investigation into the matter, however, revealed that the two Iranians were simply trying to slip into Europe using the stolen passports and had no connection with any recognized terrorist group. 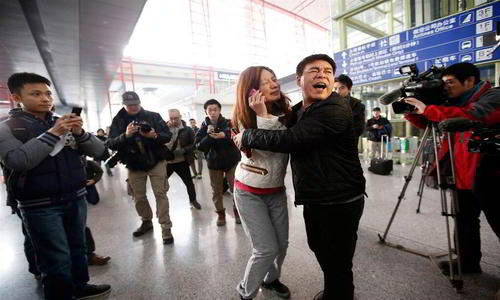 Perhaps the most bizarre fact of the entire mystery; as soon as the news broke out, family and friends of the 227 passengers and the 12 Malaysian crew members – worried about their safety – began calling their loved ones.

The cell phones were initially ringing which gave hope to families that the passengers of the ill-fated flight may be alive somewhere. Though unfortunately, the theory was quickly discarded by experts as it is common to get a ring while the network searches for a connection – even if the mobile phone you have called is completely destroyed.

8. Official Malaysian Government Conclusion – It Sank in the Indian Ocean 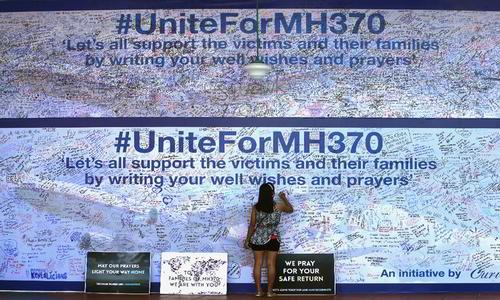 After two separate examinations were conducted by the British Air Accidents Investigation Branch (AAIB) and Inmarsat, the Government of Malaysia announced on the 24th of March that “beyond any reasonable doubt”, the Malaysian Airlines Flight 370 sank in the southern part of the Indian Ocean without even a single survivor.

This official announcement of the crash and sinking shifted all the search efforts solely to the Australian area.

7. The Plane’s Black Box Recorders Are Not Giving Signals 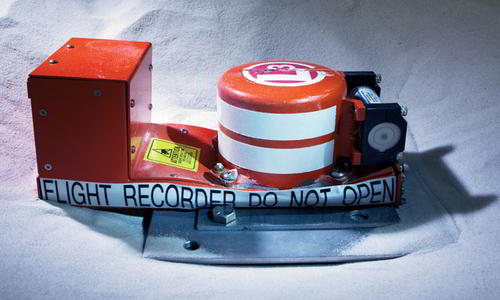 Black Box is a special type of armored mechanical device equipped in all the Boeing 777 jets that can resist any possible explosion, collision, or fire. It records all the flight data and the conversations that take place in the cockpit and in case of a hijack, a black box transmits signals for up to 30 days.

What puzzles the search teams most is the fact that the black box of the Malaysian Airlines Flight 370 is not transmitting any signals at all; meaning that the device was either manually disabled somehow or destroyed (which is really unusual).

A Chinese ship however recently detected some signals that might turn out to be from the black box of Flight 370. At the moment of this writing, the search effort is still in progress for detecting the signals again. 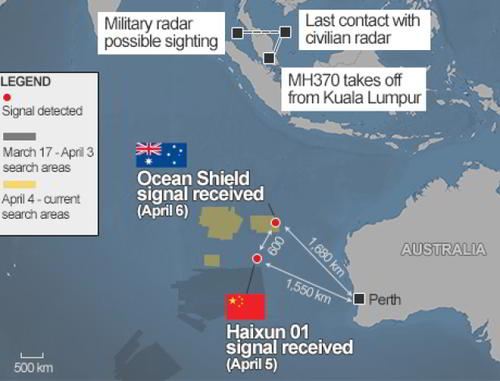 Moments before the disappearance, the plane was last tracked at the Strait of Malacca which is between the coasts of Malaysia and Indonesia.

However, the plane was near Vietnam at the time when the transponder ceased to function. Then for the first five days of the search, the teams explored near Vietnam instead of the Strait of Malacca. 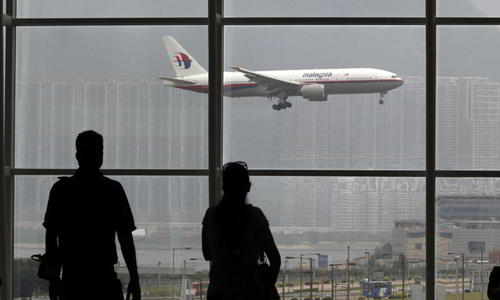 Normally, missing a flight is the lowest a person can go while being in an airport but in the case of Malaysian Airlines Flight 370, the passengers who didn’t board the plane feel pretty good about it. Initial reports suggested that 5 ‘mystery’ passengers checked in but didn’t board the flight before the take-off.

Further investigation, however, debunked earlier reports and as it turned out there were only four passengers who never appeared to check in for the flight due to personal reasons. One of them even published several tweets on Twitter about missing the flight.

4. The Plane Deviated From its Planned Path 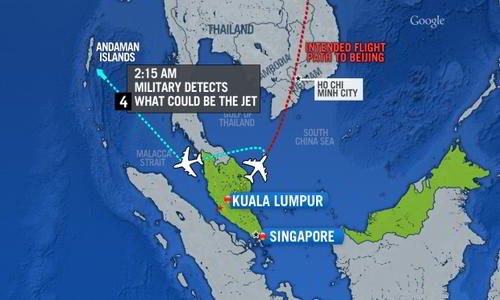 Careful research on Malaysian Airlines Flight 370 after its shocking disappearance revealed that the flight took an abrupt u-turn to the Andaman Islands while being above the area where the South China Sea meets the Gulf of Thailand.

After a few disbeliefs initially, the deviation from the original flight path was indeed confirmed by military radar and satellite pings. 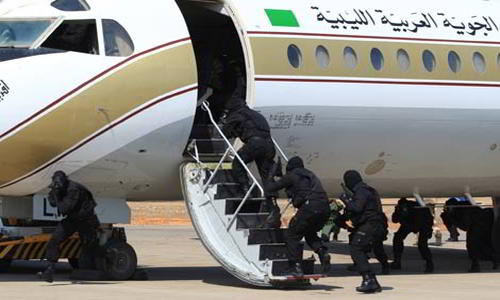 Despite many theories suggesting that the hijacking of the plane (similar to 1977’s Malaysian Airlines Flight 653) is the answer to the mystery, it seems a highly improbable scenario.

The hijacking theory fails to explain the immediate disappearance of the aircraft from the radar while it was cruising at around 35,000 feet. If the possible hijackers disabled the transponder of the plane, then the plane still could have been located due to the signal mechanism involving passive radars – in other words, the Doppler Effect.

Moreover, a Boeing 777 jet requires a huge runway to land and it is impossible for any hijacker to hide such a huge jumbo jet from sighting in an airport that can support a Boeing 777 landing. Further, hijacking is usually done for ransom or some demand and no such contact has been made by anyone which safely rules out the hijacking theory.

2. The Location of Disappearance is not Unknown 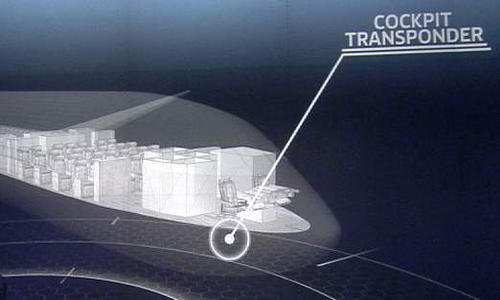 With the help of air traffic controllers, the locations of airplanes throughout their course of travel are kept on the record. Despite the fact that the transponder on Flight 370 was deliberately shut off – the last location, speed, and altitude of the aircraft are known with certainty.

Despite all the availability of this information, manpower, expertise, and navigational know-how, it is an alarming fact that not even a single bit of the missing Malaysian Airlines has been found. 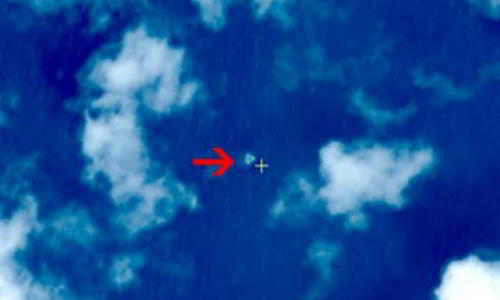 Whenever an aircraft crashes in an ocean due to any mechanical malfunction or an explosion, some of its parts remain floating over the water due to its buoyant nature.

However, in the case of Malaysian Airlines Flight 370, no such debris has been located in any ocean nearby; adding a ton of confusion to the disappearance mystery. A couple of close calls were made when some objects were spotted by satellites but none turned out to be Flight 370’s wreckage.