10 Interesting Facts About Lightning That You Might Not Know 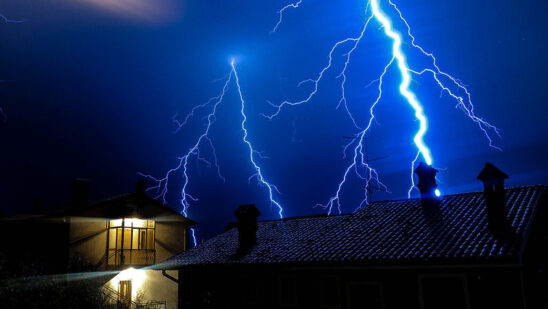 Throughout history, lightning has always been seen as an extraordinary natural occurrence that has captivated people’s attention for many, many reasons. Even today people living under lightning protection and earthing systems are still in awe of the sheer power that lightning holds. Lightening embraces both beauty and destruction in one single strike, but if asked do you really know much about this natural force of nature? Below are ten interesting facts about lightning that you might not know about, be the bearer of knowledge and share these facts with your friends:

1. Keraunophobia is the term for individuals who suffer from the irrational fear of lightning- and who blame them it’s scary stuff!

2. Did you know that there is more than one type of lightning? Lightening can be separated into two different types of strikes- Negative or positive. Positive strikes are 5 times more powerful than negative strikes and are incredibly destructive.

3. Ever heard the phrase “Lightning never strikes twice”? This saying is not something to live by as it’s a complete myth! In fact, lightning can strike the same location numerous times.

4. If you thought the sun was hot then think again! A single bolt of lightning is around 50,000F or put simpler lighting is 5 times hotter than the surface of the sun- seriously hot stuff.

5. Each passing second there are 50 to 100 cloud-to-ground lightning strikes on the earth worldwide.

8. On average lightning lasts about a quarter of a second and consists of 3-4 strikes- now that is speedy.

9. Lightning strikes on average are 2-3 miles long and carry an incredible current of 10,000 Amps at 100 million volts.

It is important to remember that although lightning can be amazing and interesting to watch it can also be exceptionally destructive and life-threatening, when lightning strikes stay safe.