Home » Technology » Where Do All Redundant Mobile Phones End Up?

Where Do All Redundant Mobile Phones End Up? 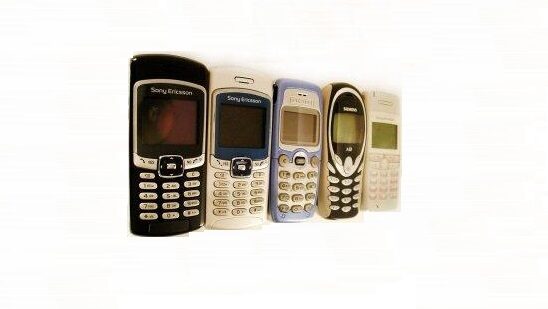 Where Do All the Old Mobile Phones Go?

There were almost two billion mobile phones and smartphones sales worldwide in 2011 alone. This figure is likely to reach or exceed two and a half billion by the end of 2012. The old handsets that many of them replace have to go somewhere, with most ending up being stored somewhere in the house or office.

Just why they’re saved is a mystery because they are usually discarded for the latest must-have gadgets and are unlikely ever to be used again by the owner. Statistically, the average family has several old handsets scattered around the house, some of which are handsets dating back to the old building block-sized handsets. Now, however, there is a way to get rid of them and even receive a cash payment for them.

Up until 2007, it was acceptable to dump them through the waste disposal system of your local council – but not anymore. There is now a legal requirement for all electronic equipment to be safely disposed of and recycled, moving silicon heaven from your dark cupboards to a recycling center where they can be given a new lease of life.

What Happens to a Handset if I Send It Away?

You can now sell old handsets by way of an online recycling facility. The condition, make, model and age of the handset will dictate the price you’ll receive. Handsets disposed of this way (which is the legal way) often end up being broken down for spare parts. The spare parts industry for mobile phones is immense, and there is an ever-ready market for screens, keypads, chips, memory devices, and cases.

If they cannot be used for spare parts, they are broken down into their component pieces and completely recycled. However, if the handset is new and there is a second-hand value, it can be sold on the legitimate international market.

Why Should You Send It Off?

Because if you don’t and you hand it into the local phone store where you pick up your new model, you won’t get a penny for it in trade-in value from them. However, they will sell it themselves; if you send it off and get cash for it, all you’re doing is cutting out the middleman. And why shouldn’t you get paid for your phone? After all, you paid for it in the beginning, so you may as well get at least a portion of the cost back.