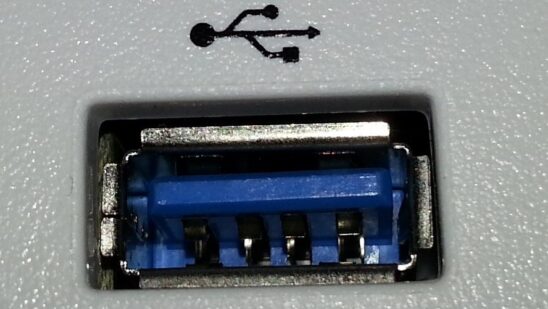 Data transfer is at the heart of this modern era of technology and companies are in competition with each other to make the data transfer as fast as possible. Here is a complete comparison of a super speedy USB 3.0 with its competitors; Thunderbolt, Firewire, and eSATA. Let’s take a deep look at each of the USB 3.0 challengers in detail:

eSATA was bought in the market in 2004 and was directly pushed into the consumer world. It supports a data rate of 3.2Gbps, which is more than enough for the fastest hard drives, it can transfer with a data rate of 120MB/s. eSATA is an external version of Serial ATA which is a standard used for high-speed internal hard disk connections. Some manufacturers, such as Toshiba, make laptops with dual-mode ports that can connect either eSATA or USB 2.0 devices in a single port.

This technology has some drawbacks also, as it cannot supply power to the device connected through it and the cable length is limited to 2 meters only. Its advantages over USB 2.0 are obvious, but even if it matched internal SATA’s move to 6Gbps speeds it’d still be significantly slower than Thunderbolt and is only a little speedier than USB 3.0. It’s looking like a technology whose time is almost passed.

Now Firewire claims that its technology delivers a much higher speed than USB 2.0 and can achieve much closer to its on-paper speed which is 800Mbps than USB 2.0. Previously firewire’s 7200RPM hard drive delivered a transfer rate of around 90MB/s, on the other hand, USB 2.0 gives around 40 MB/s while USB 3.0 delivers a speed of 150 MB/s.

The thunder technology developed by Intel provides the speed of 10 GB/s in a bi-directional connection, that’s enough to “transfer a full-length HD movie in less than 30 seconds. It is actually a PCI Express card with a cable. First, the thunderbolt technology was made to use fiber optics but then it was modified to use copper wire for cost reduction and to supply power. Each Thunderbolt port is bi-directional and dual-channel.

Thunderbolt is said to be a killer for USB 3.0, ten times faster is more like 400MB/s as USB 2.0 averages at 40MB/s. To achieve 400MB/s, you need a $500 SSD. It clearly shows how hard is actually to get that. Thunderbolt technology is designed to meet the demands of serious HD media creators.  Now it is making its way into all Mac laptops and desktops. Intel clearly supports is thunderbolt technology over USB, eSATA, and Firewire.