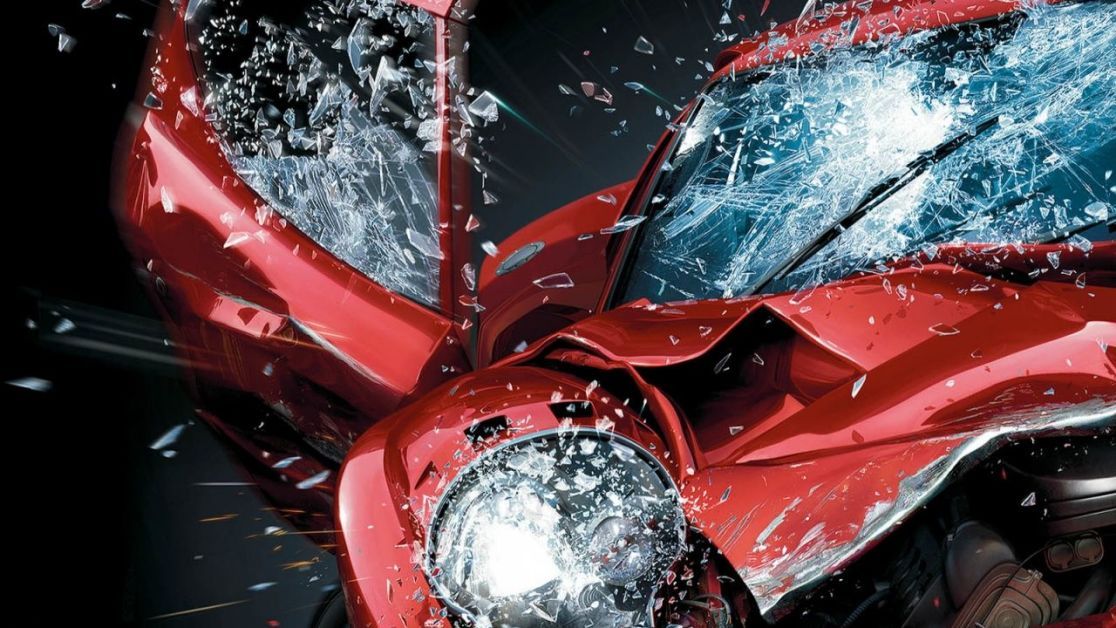 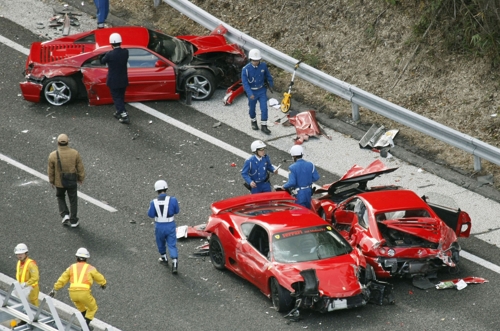 Perhaps the biggest – and most shocking – car news story of 2011 was the supercar crash in Japan. The world has never seen anything like this accident, which involved 12 supercars along a highway in Japan. A supercar vehicle club was taking a drive, after one of their car club meetings, on a slick Japanese highway when the lead car lost control and instigated the massive automobile accident.

Reports from witnesses indicate that the group of supercars, more than 20 were traveling together, were driving at speeds much higher than the posted limit when the lead car lost control on the slick road and hit a guardrail. The supercars behind the lead driver were too close to slow down in time and a total of 12 supercars along with two Toyotas traveling separately were involved in this massive collision.

Eight Ferraris, a Lamborghini, and three Mercedes-Benz vehicles were involved. Fortunately, there were no fatalities, but the estimated damage from the accident exceeded $4 million. 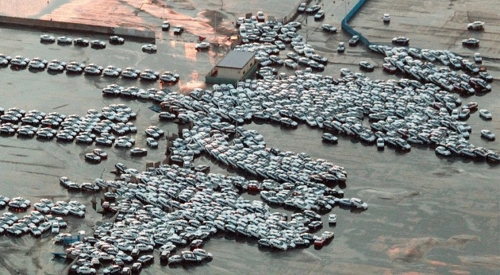 One of the other big car news stories from 2011 was the Japanese Tsunami. While you may be thinking, “What does the weather in Japan have to do with vehicles?” it has everything to do with vehicles. Japan is one of the leading sites for vehicle manufacturing and parts manufacturing in the world and the tsunami that hit on March 11 affected auto production in a major way; not just for the Japanese.

Americans were also affected because the production of vehicles and parts was affected by the tsunami. 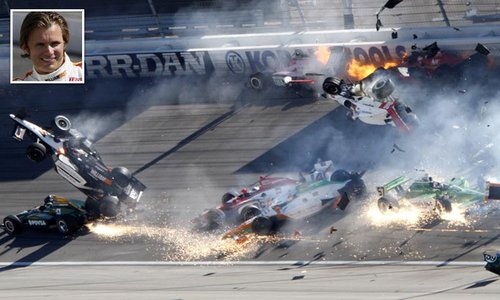 In late 2011, popular ‘Indy Car race’ car driver Dan Wheldon was killed in an accident on a Las Vegas track during a race. Wheldon was a young driver, well-liked by the public, and was a husband and father to two young children.

The death of this Indy 500 champion shook the race car industry and all those involved to the core. In fact, Wheldon’s death has already limited the number of ovals that other Indy Car drivers will race in 2012. 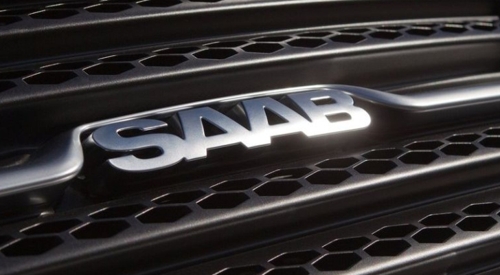 Auto manufacturer Saab succumbed to the unfortunate decline of the economy in 2011 after three years of struggling to keep itself afloat. In 2011, Saab could no longer afford to keep its business running and declared bankruptcy.

The brand is now considered history. 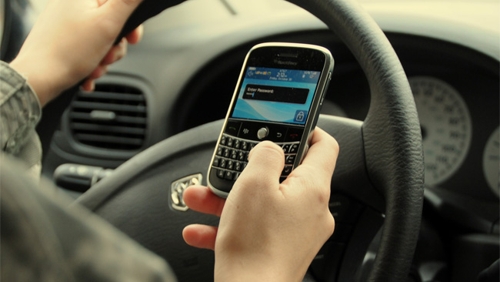 One of the biggest news stories involving cars in 2011 is one that hits close to home for everyone that drives. The National Highway Traffic Safety Administration proposed a ban on the usage of all cell phones in vehicles in 2011. While some states have laws that prohibit ‘texting and driving’ and talking on the phone without a hands-free device while driving, this ban would include using hands-free devices in the vehicle, including Bluetooth headsets and integrated Bluetooth systems included in vehicles by manufacturers.

The ban has not gone into effect as yet, it must reach the Senate and then be voted on, so, for now, it is still considered legal to use hands-free devices in vehicles. What happens with this ban remains to be seen and is as yet unknown. 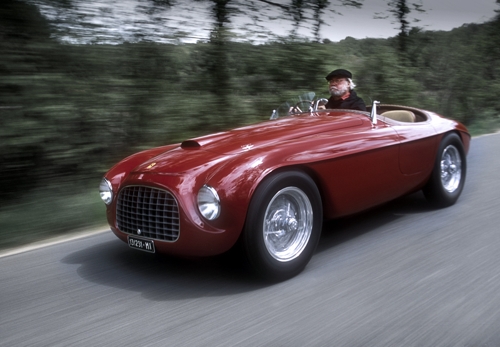 This big news story is not so much about cars in general as it is about cars as a whole. The founder of Automobile magazine and the former editor-in-chief and writer for Car and Driver magazine, David E. Davis passed away at the age of 80 in 2011.

While 2011 was a major year for news stories – and what year isn’t? – which car news story tops the list as the biggest story of the year is unknown. Many would argue that the tsunami was the biggest news story, while others point out that it was a bigger news story because of the fact that it was a weather phenomenon that took too many lives rather than an automotive story. Still, there is no question that the supercar crash in Japan was the most talked about and interesting vehicle news story of the year.