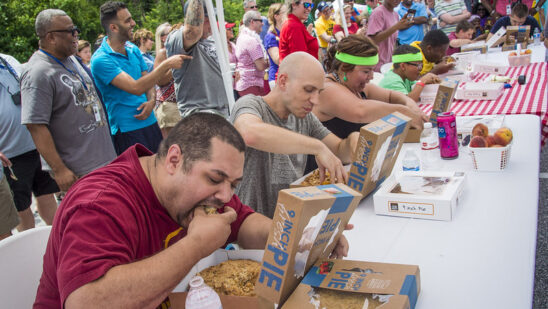 Competitive eating is perhaps one of the oddest types of competition to have gained traction over recent years, with competitors coming in the most unlikely shapes and sizes, proving that size isn’t everything. Contestants are given dedicated foods to eat and there are numerous categories and titles for everything from doughnuts to nettles. Here we’ll be taking a look at some of the most ridiculous competitive eating records in the world: 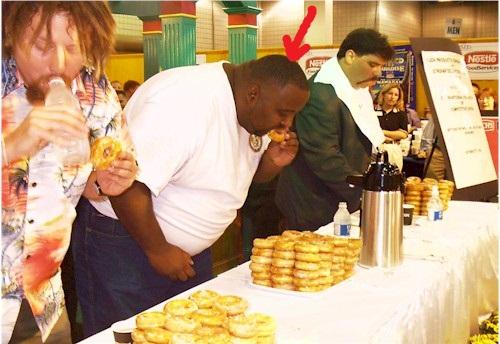 If you have ever watched the scene in The Simpsons where Homer is cast into Hell and force-fed endless doughnuts only to relish the task at hand then you get a sense of the eating capabilities of Eric Booker.

The seemingly impossible challenge of munching through a half-century of doughnuts in less than 8 minutes was only narrowly missed in 2002 when he impressively fell only 1 short of the task.

Still, he managed to set a record that pushes the boundaries of the human body and sets possibly the most glutinous record known to mankind! 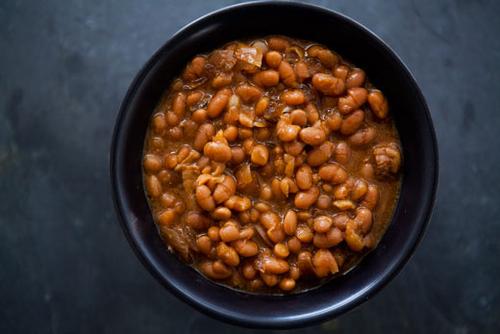 Responsible for this record is “Eater X” which sounds more like the name of the defendant in a legal case, we can only assume that the noxious gasses produced afterward were enough to warrant a lengthy spell in solitary confinement.

It took a breathtaking 2 minutes 47 seconds for this feat to be accomplished and when you hear that Eater X is actually a 105-pound slightly built woman it makes you wonder where on earth she put it all.

*Note: The ‘Eater X’ referred to here is not Tim Janus! 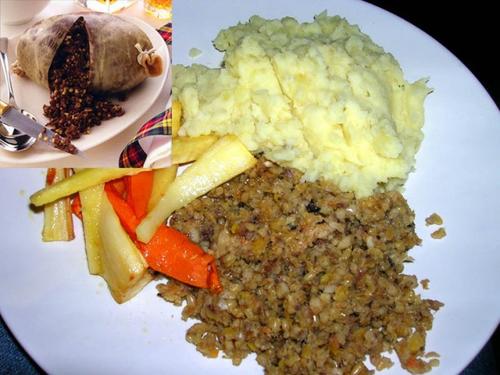 For those of you that don’t know, Haggis is a traditional Scottish meal made from the delightfully enticing combination of sheep’s heart, liver, and lungs packaged inside the stomach.

We wouldn’t take a bite under any circumstances but this didn’t stop Eric “Steakbellie” Livingston from blasting a full 3 pounds of it down his neck in under 8 minutes. Yum! 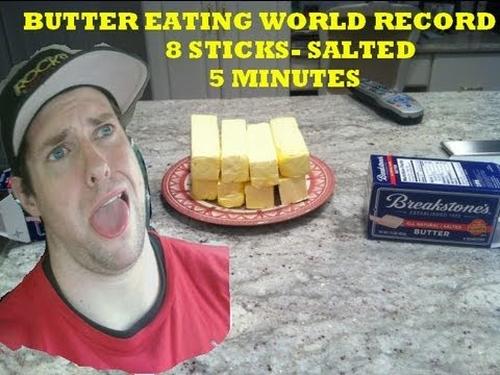 It took only 5 minutes for Don Lerman to guzzle down 7 and a quarter sticks or nearly 2 lbs of salted butter. Searching YouTube brings up a host of imitators attempting, unsuccessfully, to smash his record.

Hardly the healthiest of pass times and one we highly recommend avoiding! 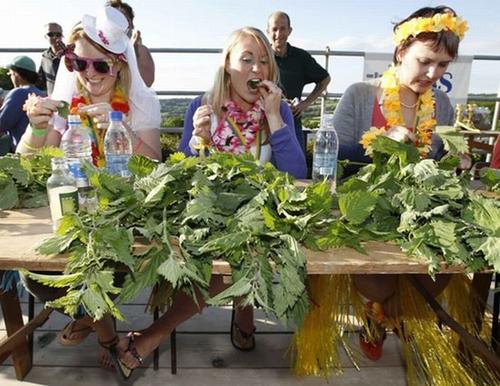 Stinging nettles cause pain and irritation when touched and hardly make for a culinary delight. However, this doesn’t stop participants from flocking to the Nettle Eating World Championships hosted in the UK each year.

The winner is the one who can eat the most nettles, calculated by the length of stalks stripped of leaves with the only aid to the challenge being unlimited glasses of the local ale.

The current record stands at 74 feet over the 1 hour allotted time period, a truly astounding amount, which we can only assume resulted in both a sore throat and probable alcohol poisoning!