Home » Interesting » Top 5 Most Dangerous Roads in the World

Top 5 Most Dangerous Roads in the World

‘Drive carefully,’ is sound advice. After all, road traffic accident statistics suggest many accidents around the world could be avoided by safer driving habits. Accidents often happen due to one person driving recklessly and crashing into someone traveling along sensibly. If this has happened to you might be able to get compensation. While some accidents are due to driver error, some accidents really do come down to dangerous roads, rather than dangerous drivers and here we look at 5 of the most dangerous roads in the world:

Yes, it’s a highway. But that doesn’t make it safe. The road connects Moscow to Yakutsk. The highway is treacherous owing to the weather! For winter lasts 10 months of the year, during which drivers face snow, ice, and reduced visibility. But even in the ‘respite’ from the winter in July and August, drivers fare no better.

The highway is deliberately ‘unpaved’ to make it safer for driving in icy conditions. However, this means it can be incredibly muddy during the rainy months of ‘summer’ and this, in turn, leads to driving problems! 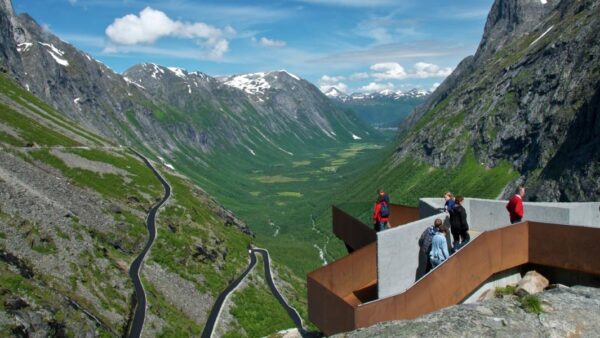 Trollstigen (or ‘the Troll Ladder’) is a mountainous road in Norway and is counted amongst the most dangerous roads in the world. Vehicles over 12.4 meters long are not permitted to drive on the road, which has a very steep incline and a number of incredibly tight bends.

This dangerous curvy road one isn’t for the faint of heart and could be mistaken for a roller coaster!

The UK benefits from pretty decent roads and by comparison of the two mentioned above, the A682 in North Yorkshire, England, probably looks like a dream drive.

However, the 14-mile long single-lane stretch took 100 lives in a 10 year period as the result of road accidents and has the record as the worst road in England.

Located in China’s Taihang Mountains, the Guoliang Tunnel Road was built by local villagers. The road took 5 years to construct and it just 5 meters high and 4 meters wide. This is another road that’s definitely not for the faint-hearted driver.

This road, linking the two Greek cities of Patiopoulo and Perdikaki has an incredibly steep incline. Add to that the fact that the edge of the road is a sheer drop and there are no guard rails… oh and also the fact that the road isn’t paved but relies on gravel for grip, and you can see why it’s potentially so lethal.

As if that didn’t make it dangerous enough, the road isn’t just used by cars. No, it’s also used by pedestrians, livestock, buses, and trucks!! Most of the accidents that happen on this road happen at night. Did we mention it has no lighting, either?