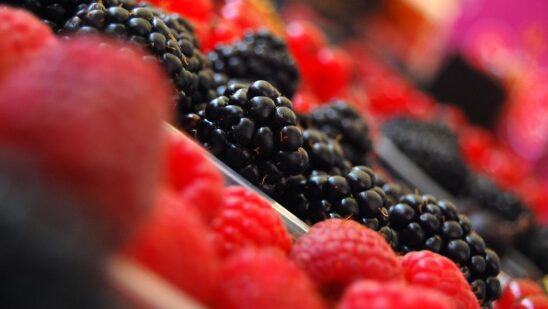 Aging may be an inevitable fact of life, but looking at your age definitely isn’t. Smooth, well-cared-for skin can take away years from our appearance, and there are a great number of things we can do to achieve younger-looking skin, that are well within our control. Two of the most important actions are to avoid harmful activities such as tanning and smoking, which are terrible enemies of healthy skin. Supplements are a popular choice among a lot of people hoping to fight the aging process, additionally, there are certain vitamins and antioxidants which have been documented to combat signs of aging, so getting the foods that contain these elements into our bodies is important as well. Here is a list of five anti-aging foods that can help us achieve and maintain, younger, healthier-looking skin.

Antioxidants play a significant role in helping to keep the skin elastic, and broccoli is bursting with them. Also, studies have shown that it contains a compound called sulforaphane which further contributes to elasticity and resilience.

In an interesting study conducted by scientists at Johns Hopkins, it was observed that an application of extracts from broccoli sprouts effectively reduced inflammation and cell damage to the skin caused by UV radiation.

Those little nasties known as free radicals are definitely no friend to our skin. When they are present in excess numbers they destroy collagen and break down the elasticity of the skin. Green tea is rich in the antioxidant EGCG which helps to reduce the number of free radicals and promote healthier, younger-looking skin.

Here’s an interesting fact – extracts from green tea are so effective in skin repair, that they are being used more and more often to treat extensive damage in patients who have undergone radiotherapy.

Another strong force on the front lines of battling free radicals, berries are packed with the all-important antioxidants that contribute to healthy skin.

Strawberries, blueberries, cranberries, and so on – especially berries that are deep in color and hue – contain a compound called anthocyanin which provides smoothness and radiance.

Long known for helping to keep eyes healthy and strong, the same beta-carotene that’s so good for the eyes is also very beneficial for the skin.

In an interesting twist, studies have shown that carrots that have been washed and cooked with their skins and then pureed are actually higher in levels of beta-carotene than in raw form, while most fruits and vegetables are more nutritive raw.

The main component of tofu and a popular stand-in for dairy products, soy has been shown to be effective in reducing the signs of aging.

A study that followed a group of middle-aged women who were given 40 mg of soy each day for a period of 12 weeks showed that improvements in fine lines around the eyes and a general increase in elasticity along with improved texture were observed, while a separate group of women who were administered placebo did not display the same improvements.

Dietary changes are one of the easiest ways to improve our health and appearance. Try adding some or all of these anti-aging foods to your menu to see how they can benefit you.