The Kickstarter Revolution In Gaming 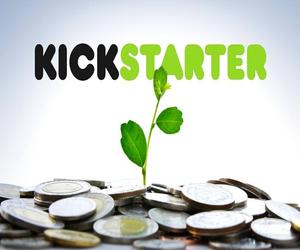 In February 2012, Tim Schafer launched Double Fine Adventure through Kickstarter, a project he claimed would bring back the quirky humor, colorful characters, and puzzle-based gameplay of old-school adventure games. He claimed he needed $400,000 dollars; he received donations amounting to over $3 million. Schafer assured his backers that their money would be put to good use, and then posted photos of him pretending to snort cocaine from crumpled-up dollar notes. His sense of humor is still intact, and thanks to crowd-funding we’ll see it unleashed in a title that will bring to mind beloved classics like Day of the Tentacle and Grim Fandango. Other people had used Kickstarter to successfully launch projects before Schafer, but his success sent crowd-funding into overdrive. Now, a number of gaming industry veterans have made a return through Kickstarter, including Space Quest designers Scott Murphy and Mark Crowe with SpaceVenture, and Quest for Glory designers Laura and Corey Cole with Hero-U: Rogue to Redemption. Obsidian Entertainment even managed to trump Tim Schafer’s success with Project Eternity, which, in October 2012, became the most-funded game in the history of Kickstarter when it received $4 million in pledges. While Tim Schafer brought about the resurrection of the adventure game genre, Project Eternity hearkens back to isometric, highly-tactical role-playing games like Baldur’s Gate and Planescape: Torment. Let’s dive deep into the Kickstarter revolution in gaming:

The Emergence of Crowd-Funding

Tim Schafer released Grim Fandango in 1998; an adventure game set in the Aztec afterlife. It combined imagery from the Mexican Dia De Los Muertos (Day of the Dead) festival with Humphrey Bogart’s film noir, producing a landmark title that was critically acclaimed for its dialogue, humor, and imaginative setting.

But, it wasn’t a commercial success and seemed to seal the fate of the adventure game genre, which began to fade into obscurity along with other genres that could no longer compete with the revenue generated by popular first-person shooters. Video games were evolving from niche entertainment into a full-fledged industry that could compete with Hollywood. Soon each new Call of Duty installment was breaking sales records, not just for video games but for every entertainment medium.

With such growth comes advantages and disadvantages. Potential revenue was growing but so were video game budgets, and publishers were becoming less inclined to fund projects they considered unlikely to deliver sufficient return on investment.

All that changed with Kickstarter, which allows game designers to get their dream projects off the ground by circumventing publishers interested only in the bottom line, effectively eliminating the middle man. Game designers who fear rejection from publishers can now take their ideas directly to the gamers themselves. If enough people want the game to be made, they will donate to the cause. All transactions are handled by Kickstarter in collaboration with Amazon.com.

In return, they receive rewards from the game developers which depend on the amount they donate, and which range from free digital copies of the video game soundtrack to some really elaborate gifts, like the chance to spend time with the developers themselves. But most importantly of all, they’ll get to play a game that might otherwise never have been.

Crowd-funding has resulted in the return of old-school genres thought dead and buried, but it’s also led to innovative new titles. Sui Generis is an example of such. Claiming to be a mix between Morrowind and Grand Theft Auto, its intriguing physics engine and combat system are likely to produce a unique experience that would never have seen the light of day without Kickstarter. It may be that only a minority of people want to see this game made, but crowd-funding means they can make it happen.

With bigger and more graphically impressive triple-A titles, a lucrative mobile, and social games market, and a thriving indie scene thanks to services like Kickstarter and Steam Greenlight, this is probably the first time the video game industry has been able to truly offer something for everyone.