Home » Interesting » Infographics » The Highest Paying IT Jobs of 2012 [Infographic]

The Highest Paying IT Jobs of 2012 [Infographic] 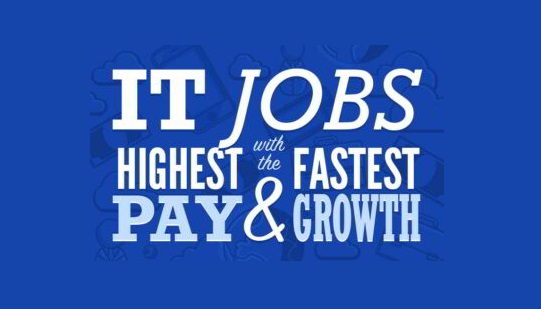 It’s important to be able to choose the right career now if we would want to have jobs that are not just going to be in demand in the near future but jobs that will also provide us with very decent pay. According to research done by Staff.com, the scenario with today’s IT jobs industry has become more encouraging considering that more job vacancies are available compared to the actual number of skilled IT professionals needed. More so in the coming years. It’s not much of a surprise since our technology has become more and more advanced and people are now more inclined towards using computers and machines. As the trend continues, it would be possible that jobs involving a factory assembly line would become extinct in the decades to come.

The visual data describes what the highest paying IT jobs were in 2012 with impressive growth. Among the hottest jobs listed are mobile application developers, software engineers, video game designers, computer systems analysts, network administrators, IT security specialists, web developers, technology managers, health information technicians, and database administrators. The median salaries in IT jobs ranged from $90K for starters to $116K for the managerial position. In 2012, cloud computing is the fastest-growing area when it comes to jobs in IT with more than 1.7 million jobs that went unfilled.

iPhone development which is also another niche in IT jobs has a range of salaries in different countries. UK pays the highest on this field at $105K followed by Australia and the USA at a close call of $98K and $94K respectively. The countries with the least pays are: India and Malaysia both offer their iPhone developers with a salary of $18K, Pakistan offering them $13K and finally the Philippines with the least salary of $12K.

These encouraging figures show how one can possibly have a bright future in the field of IT; a mere guide to anyone who’s wondering how to get a footing among the highest-paying technology careers right now. Whether we base our career on this one is our own decision to make. Here’s the infographic that shows the findings of the study about the best careers in IT in a graphical manner: