The Future Of Driverless Cars [Infographic] 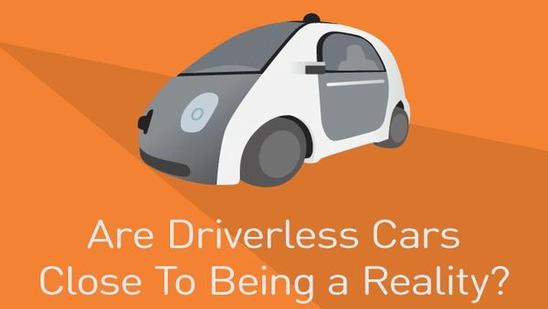 You can’t watch the news or read a tech blog nowadays without some mention of driverless cars. With Google set to launch in 2018 and brands like Ford, Toyota and Nissan to follow in 2020 the autonomous car is becoming omnipresent.

With 1.2 billion cars on the road at the moment (rising to 2 billion by 2035) it is estimated that 10% of that 2 billion will be driverless cars which raises several questions regarding the future of autonomous vehicles.

The RAC Shop has recently got together with several respected experts (including Alex Kersten: Editor of CarThrottle,  Mike Duff -the Editor of Car and Driver and James Brodie of The Week)  to look at the pros and cons of driverless cars and to discuss some driverless car technology predictions.

The general consensus has been that we are living in an exciting time but that we need to be aware of the potential downsides of going driverless. The fact that the technology has moved so quickly means that there is an undercurrent of doubt about their safety – not only from the public but from the experts as well. According to James Brodie from The Week.

”What people must consider is how the rapid development of autonomous cars over the last few years suggests the technology is easier to create than the minefield of laws which will have to accompany them.”

Some of the bigger issues raised are legality and insurance, as well as more practical issues like the fact that you are not legally allowed to check your phone even while behind the wheel of a driverless vehicle. It is this confusion around what you can and can’t do that has led to a general lack of understanding.

A topic that was raised several times was how the vehicles would deal with unexpected decisions like a police officer waving a car through a red light because of some other emergency on the road.

According to Mike Duff (Editor) from Car and Driver:

“These will be able to handle the challenge of something like a free-flowing motorway or queueing in a traffic jam, but they almost certainly won’t be able to pilot themselves through an environment as challenging as central Paris or Mumbai (or even London).”

One of the other problems that Dr. Alexander Hars pointed out was, “test rides in autonomous vehicles are known to turn skeptics into advocates” – people tended to get excited when they enjoy the new and exciting feeling of driverless car – and excitement can often lead us to make rash decisions.