Home » Technology » The Evolution of Computing

The Evolution Of Computing 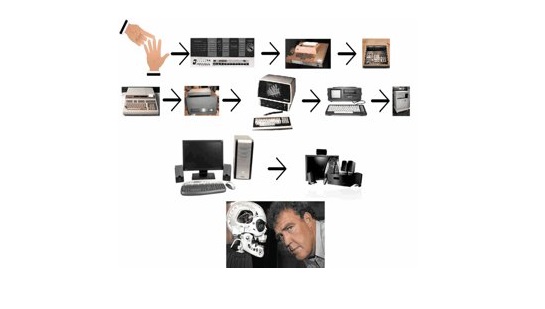 It was almost 30 years ago that the first generation of mass-market personal computers was unveiled. Who then could have imagined that these ‘new-age typewriters’ would one day take the world by storm? Today in one shape or another they impact our lives on a regular basis no matter where we are in the world. For several years, desktop computers were the dominant force in the world of personal computing and it wasn’t until the launch of the IBM ThinkPad that this ‘mobile’ segment showed signs of becoming a major contender. Within a decade, laptop computers accounted for half of the personal computing market and by the mid-nineties, they had surpassed their stationary counterparts in popularity. This shift marked the dawn of computing on the go.

As innovation in the industry increased especially with regard to battery life, storage capacity, screen technology, and processing speeds, laptop computers became an increasingly viable option for consumers. Realizing this change in the market dynamic ASUS in 2007 launched what would then be known as the first ‘Netbook’; the Eee PC.

These lightweight and portable laptops were ideal for consumers who by now we’re used to the idea of carrying around their personal computers with them. According to most consumer studies, the netbook was never a replacement product, but rather an additional sale with the vast majority of buyers already owning a laptop. This made netbooks the preferred device on the go, hence pushing the more traditional laptop to the confines of the home.

While the IT industry was booming with product innovation and new technologies, the Telecoms sector came up with its own answer to the consumer’s increasingly ‘mobile’ needs – the smartphone.

A mobile phone which offered access to emails and the internet, coupled with the rapidly expanding network coverage in most developed countries, was the perfect device to use on the go. However although truly mobile, smartphones lacked the full functionality of a computer and hence left the room in the market for a device that offered consumers the level of portability and performance that they desired.

Cashing in on this gap was the Apple iPad which fits right in the middle and as a result has become one of the most successful computing devices to date.

Given the long-term trends, one thing is certain, as devices become increasingly mobile, manufacturers will have to continue to compromise on certain aspects of functionality with storage already being an example of this.

Tablets only have a fraction of the storage space present in netbooks which in turn only have a fraction of the space available in most notebooks. The fact that the content available to consumers is increasing day by day, they would all require cloud-based solutions to store all this essential information hence making virtualization one of the most important IT sectors in years to come.