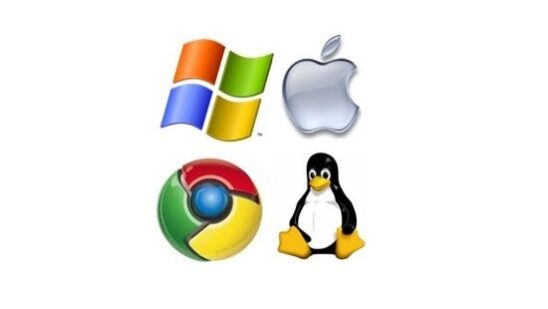 Microsoft’s claim on the desktop operating system market is fairly well established. There have been some hints of erosion over time by competitors such as the better Linux distributions but in the end, there has been no major market foothold gained over Microsoft.

The chief reason why Microsoft has dominated the operating system market not so much lies in the excellence of its operating system. It’s actually the other way around – Windows is a mediocre operating system really. Windows has one big competitive advantage – it has all the best applications. Microsoft has always developed some really nice user interfaces for its products, such as Microsoft Office, but more importantly, has always been over the tipping point in terms of market control. That is, once you are in the number one position, it is hard to dislodge you because you control the standards.

It’s fair to say that the quality and distribution size of a productivity application, such as Office will determine the success of the operating system it is primarily written for.

This is where Linux runs into problems. Products such as Open Office and Star Office offered some levels of compatibility with Microsoft Office, making Linux potentially viable as a replacement for Windows but, the problem is that these products seem to always offer about 98% compatibility with the latest Office formats. This causes businesses and IT staff to steer away from Linux.

Taking a look at KDE, Gnome and other Linux GUIs anyone would be instantly impressed with the power and smoothness of the interface. That’s not a new thing either. Linux distributions have been amazingly easy to install and have had rich GUI controls for many years now. Possibly the main problem is that many of these distributions have been trying to chase Windows for so many years, rather than trying to completely innovate something better.

Enter another possible big player, Chrome OS. Chrome OS is not intended to be in direct competition with Windows, although this may appear so at first glance. Google’s Chrome OS provides a free productivity tool in Google Docs and has a number of other integrated applications available.

The main point of difference that Google is aiming for, is the idea that the Operating System will act as a portal to a full cloud computing-based solution. Microsoft Windows will still be the application that can run a heavy application such as a film editing suite, or computer-aided drafting application.

Many people don’t use heavy applications in their computer use, so we’re seeing people slowly shifting to smaller and lower-powered devices as their primary source of computing. This puts competitors such as Google Chrome and other small device operating systems in a prime position to muscle their way into the PC market, through the increasing use of the Post PC device.