The Cars Celebrities Drive: The Good, The Bad, And The Outrageous 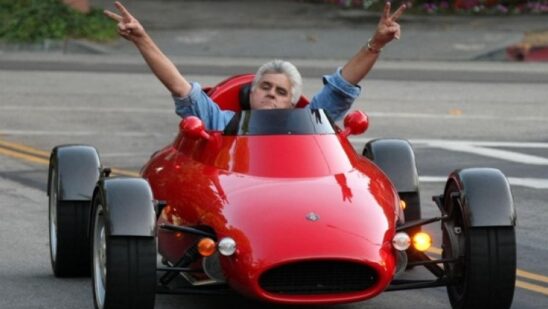 It comes as no surprise that celebrities i.e. actors and actresses, singers and rappers, comedians, etc. make pretty decent money doing what they love to do. Therefore, these famous stars have the ability to splurge on different items including, but not limited to: homes, vacations, and most notably, cars. Let’s take a look at some great cars celebrities drive, and the outrageous amounts shelled out in order to ride in style.

Sometimes It’s Not Just One Car, But A Whole Collection

There are several celebrities that have made headlines for other reasons than their talent. For instance, Jay Leno, Jerry Seinfeld, and Ralph Lauren are highly respected men in the entertainment and fashion industries, but all three gentlemen are also known for their impressive car collections.

Jay Leno is known for having over 100 rare and exotic cars that include McLarens, Duesenbergs, and more. In fact, it’s believed that his car collection is worth close to $150,000,000. However, the more impressive fact about Mr. Leno’s collection is that he actually drives all of his vehicles in the great state of California.

Though celebrities are not foreign to limousines and private drivers, the stars still enjoy driving themselves around in their plush, luxurious vehicles. For example, it’s recently been revealed that Justin Bieber not only has a chrome Fisker Karma, but he also owns an Audi R8 in animal print.

Will.I.am, the famous singer/rapper from The Black Eyed Peas, reportedly spent around $900,000 on his car, and it wasn’t even for the vehicle itself, but for customization purposes. And he’s not the only rapper who is known to splurge; Jay Z has around $800,000,000 invested in his Maybach Exelero, while Birdman’s Bugatti Veyron set him back about $2,000,000.

Sometimes you don’t even have to have the talent to be considered a star or be able to afford an expensive car. Take Kim Kardashian, for example. The reality figure drives a Ferrari F430, which nearly costs $190,000.  The same can be said for Paris Hilton. The hotel heiress drives a Bentley GT Continental, which has a price sticker of $285,000.

It seems that hard-working celebrities fully enjoy treating themselves to expensive and over-the-top vehicles. Though this isn’t the case for every famous star; Cameron Diaz and Leonardo DiCaprio are just two film veterans who are known for driving hybrid cars.

However, spending is definitely a trend that can be seen in Hollywood, and spending on souped-up cars is very popular.