Home » Interesting » Start Up of Steve Jobs: A Detailed Information

Start Up Of Steve Jobs: A Detailed Information 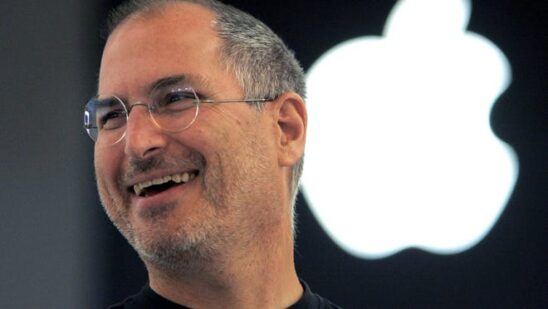 No one could ever have guessed that a drop-out from Reed College, Oregon would become a billionaire and one of the most influential inventors of his time. Steve Paul Jobs, born in San Francisco on February 24, 1955, to two university students, got familiar with electronics at an early age. The young Jobs showed much interest in the activity and was determined to make a name for himself in the field. Here we take a detailed look at the start up of Steve Jobs:

Despite dropping out of several high schools and not having much luck in his educational life, Jobs did not let his spirits down and was willing to do something with his life. His failure in Reed College was a turning point in his life as he started to work in Atari Company afterward, and while designing video games, he unknowingly stepped on the road to achieving greatness.

In 1976, after many bumps and heavy hits on the road, Jobs was finally able to found his own company that he named Apple, simply because it was his favorite fruit. The company had a bad run initially for more than two decades and received much criticism.

Jobs and his staff took computer technology to a whole new level when the company introduced the Macintosh in 1984. The device consisted of programs, software, a windows interface, and even a mouse. The move was not much profitable but it still managed to get Jobs positive feedback. However, his fifteen minutes of fame were shortened as he resigned as the CEO of the company due to his plans to “move on”.

Jobs later founded the NeXT Company with the help of Ross Perot’s investment. Due to financial problems, it was hard for Jobs to experiment with his certain genius ideas. Jobs introduced a self-proclaimed “interpersonal” computer known as NeXTcube. Unfortunate or fortunate, whatever it might be, in 1996, the company was bought by Apple and he resumed his position as CEO.

In 2001, Jobs had nothing but success in his fate as his company released the world’s very first iPod which quickly grabbed the attention of the youth. Due to the production of a lot of creative products in the company’s later years, Jobs started to be known as the “Father of Digital Technology”- the title he truly deserved. Apple released the iPhone and iPad in 2007 and 2010 respectively and the company couldn’t get luckier due to Jobs’ and his loyal staff’s endless efforts.

The next year, Jobs shocked the world as he resigned from his position as CEO again and Tim Cook took the charge. Sadly, Jobs passed away soon after his resignation due to his health concerns.

Jobs left the world with his gadgets and products but most importantly, left an example of pure hard work and excellence and proved that with endless efforts and a will to step ahead, one can undoubtedly lead to honor, greatness, and respect.